The Stuff Dreams Are Made Of

Recently, I made the same sort of move, for the same relative investment in 3D printing. I was tired of paying the setup fees and waiting days for the commercial printing services. Besides, affordable 3D printers have been around for well over a decade. More importantly, the software tools for creating 3D objects have matured, in part because of competition in the software game design market. Besides, high-res 3D scanners are almost affordable.

So, why now? Why not wait for the next model in six months? Well, part of the motivation to move on the technology was a chance meeting with Ken Gracey, President of Parallax. He's using a home 3D printer to prototype next-generation quadcopters and other drones. Turns out that having immediate feedback on the merits of a design do wonders for turnaround time. It's like walking to the corner store to use a laser printer versus having one on your desk. You can try four or five iterations of a design where you may have had time for only one before.

Making the jump to 3D printing is relatively painless, checkbook permitting. One of the key decisions you'll need to make up front is the working material or filament. The two main types of filament are ABS plastic — used in just about everything — and the theoretically more eco friendly PLA.

One of the many advantages of ABS plastic is that the colors are gorgeous and it's easy to work with the printed objects. PLA, in contrast, has a milky translucent appearance when printed and is more brittle, so therefore can be more difficult to work with.

Both plastics should be handled in a well-ventilated shop, but PLA appears to have fewer toxic fumes. On a positive note, if you're used to working with a computer numerical controlled (CNC) or manual milling machine, you'll appreciate the quiet, dust-free 3D printing process.

From a cost perspective, don't get the idea that you're going to start printing toys and selling them on eBay. At-home machines are great for rapid prototyping, but compared with what's available from the commercial printing houses, you'll produce the equivalent of dot matrix output compared with their laser printer output. Moreover, just as the old dot matrix machines had a super-slow letter-quality mode, you can do the same with at-home 3D printers. Just don't expect to see any output for a while.

The greatest economic challenge at the moment is the cost of source material. I've found both PLA and ABS on eBay for about $20/lb plus shipping, when purchased in 5 lb rolls (such as the two rolls of PLA in Figure 1). It pays to shop around for materials, as I've seen adds on 3D printer sites asking for $35 or more for 1 Kg spools. I suspect that somewhere in China, someone is planning a $300 3D printer and $10/lb plastic filament for the US market.

So, why not wait for the inevitable announcement of a price drop? Why not let the 50-60 3D printer suppliers duke it out until the Apple and Microsoft equivalents appear? For one, you'll miss out on all the fun. If you lived through the days of the Commodore-64, TRS-80, Commodore Amiga, and NEXT, you know what I'm talking about.

Second — and most importantly — it takes time to wrap your head around 3D printing. Think back to all of the worthless flyers and incomprehensible manuscripts that were generated with the help of the first home laser printers. Simply because you own a printer doesn't mean you can write or format a document correctly.

The same holds true for 3D printing. You don’t just 'print' a quadcopter. You need to know, for example, about methods of cutting weight with minimal loss in strength, and how to arrange your objects in 3D space so that printing is quick and waste is minimal. Then, there's finishing the printed object to remove support splines or ripples from the low-resolution printing. It's art and science.

Even if you don't buy into the world of 3D printing today, at least check the status of the industry and then recheck it in six months. Pay attention to the hardware printer proper, but also the software tools and the all-important peripherals, including 3D scanners and associated software.

What's the old saying about the future and plastics? Clearly, it's what dreams are made of. NV 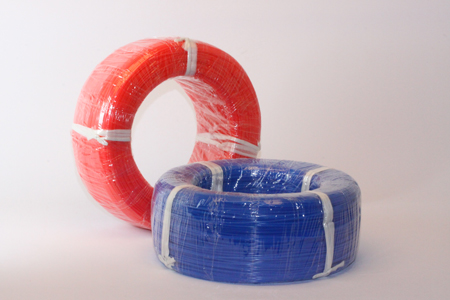