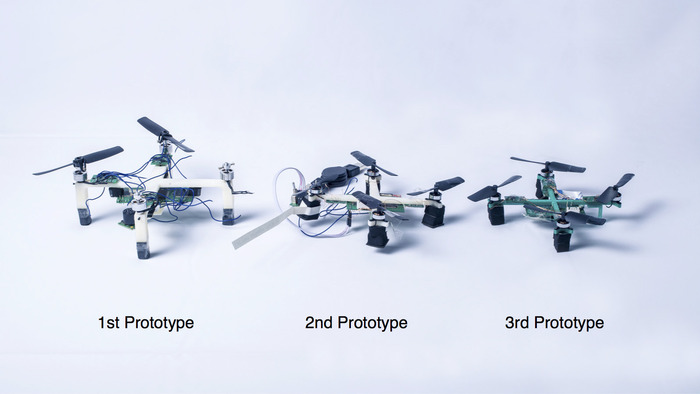 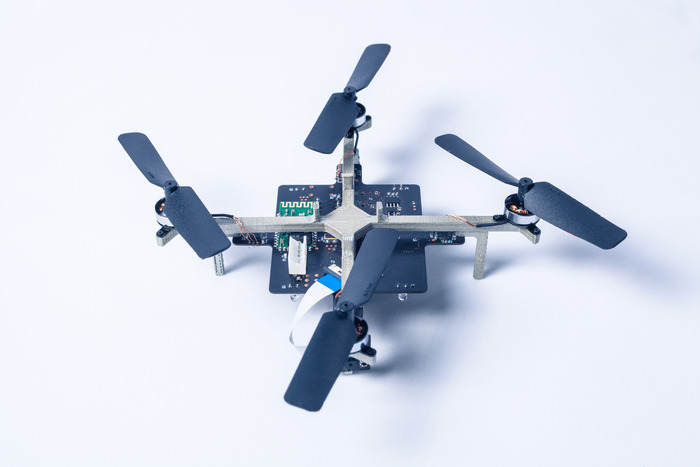 4th (current) prototype: Cables and separated circuit board are united to one main circuit board system. Miscellaneous hardware and software bugs have been fixed. One battery. Down to 65grams.

*2 Ryo Konomura and Koichi Hori,"Visual 3D Self Localization with 8 Gram Circuit Board for Very Compact and Fully Autonomous Unmanned Aerial Vehicles", 2014 IEEE International Conference on Robotics and Automation, May 31 - June 5, 2014 (will appear)

If you're interested in backing this project, visit their Kickstarter.