tinyTesla is a Solid-State Tesla Coil (SSTC), which has a non-resonant primary and a resonant secondary. Because the feedback loop locks on to the resonant frequency of the secondary, not the primary, tinyTesla is insensitive to its surroundings, allowing you to safely pull arcs off the coil with a metal object (pulling an arc with your finger will result in a nasty burn and is not recommended!). 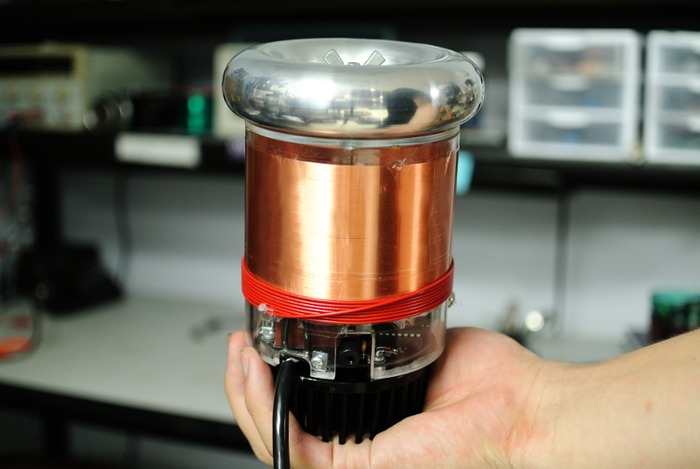 oneTeslaTS is a Dual-Resonant Solid State Tesla Coil (DRSSTC), which uses a tuned primary circuit for improved performance. This design allows the coil to efficiently produce long sparks (nearly two feet!) using a compact driver and a minimum of power. 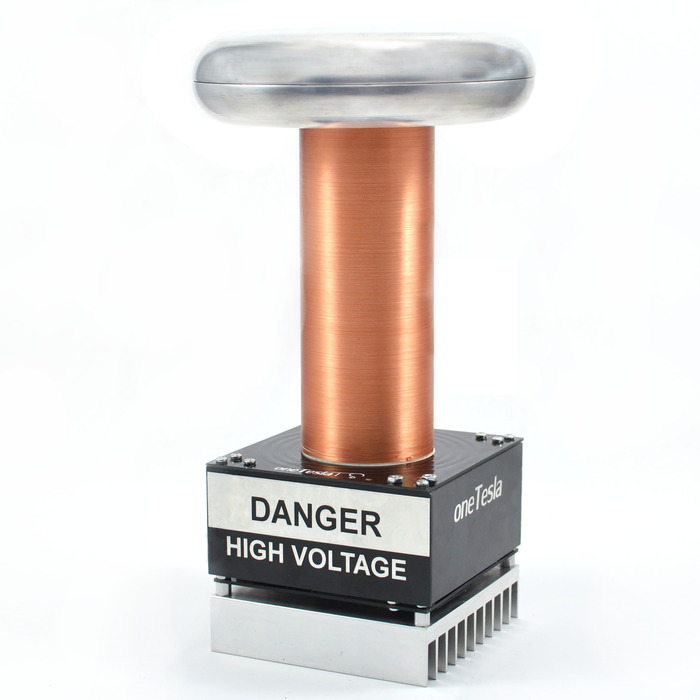 Both coils are powered by IGBT half-bridge inverters running on a 340V bus, and are available in 110V and 220V versions. 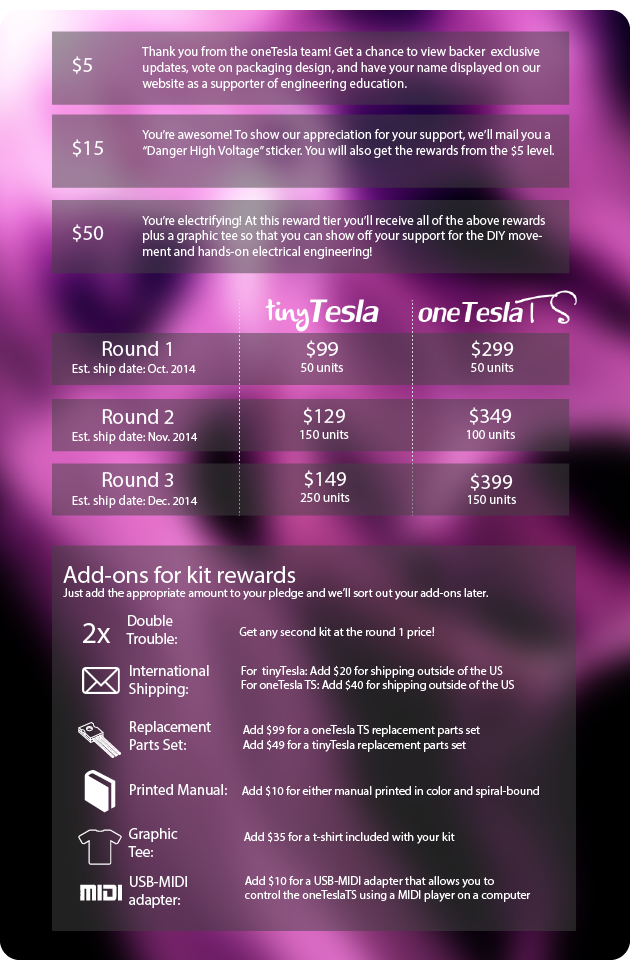