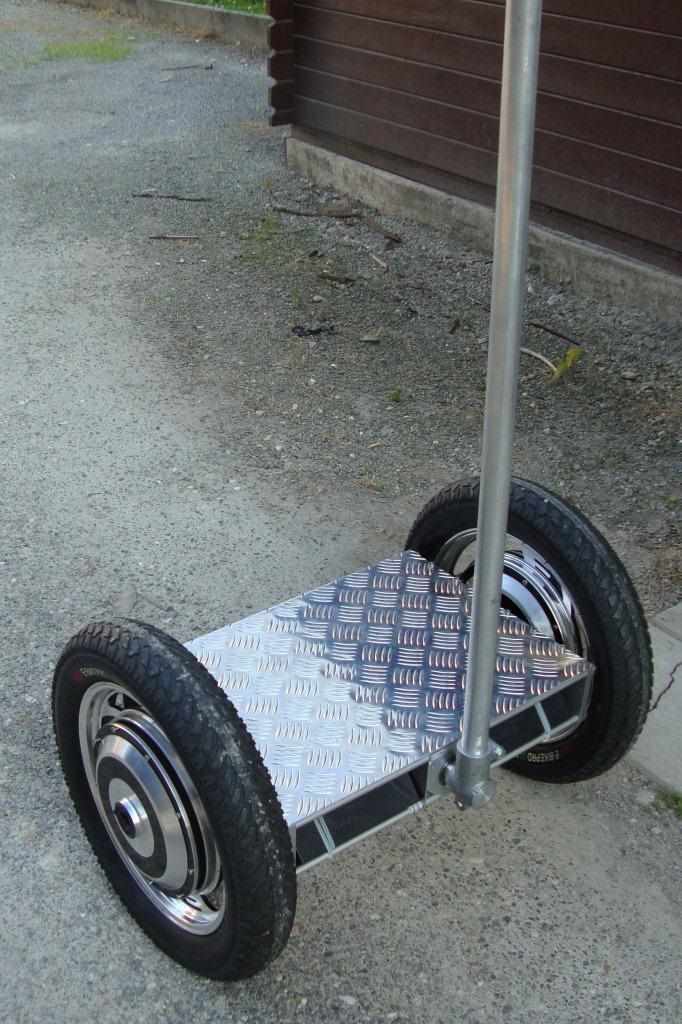 Drive
BLDC motors, each with two wheels 1000W/36V. By the manufacturer in China imported directly. There are now also in Europe comparable engines to buy. Although originating from China, but need not even be imported. The motors are not used directly as supplied. The sensor needs to be expanded to 3 additional Hall sensors. The previous top speed of 27km / h.

Electronics
2 motor controller with Atmega 168/10Mhz and a main control unit with an Atmega 644/20Mhz. In addition, a display of the speedometer and Display3000 data logger. Acceleration Sensor: ADXL335, gyros: LISY300AL (ArduIMU Sensor Board - Six Degrees of Freedom) The entire electronic system was kept very simple. (For more hats not enough) But this has the advantage that no special Spezialkentnisse are required. Who schonmal made a board with an iron to get even that.

Software
The software is written in Bascom. Time critical parts in assembler.

Mechanics
The mechanical structure consists almost entirely of aluminum. It was ensured that everything is manufactured with simple tools. (A drill press you should have.) The construction is designed so that as few parts as possible protrude behind the wheels. This will prevent scratches on the first road tests.

Development costs
Compared to the development costs of the original, according to Wikipedia, U.S. $ 100 million, this project lies with less than 2000 € plus time still acceptable range.