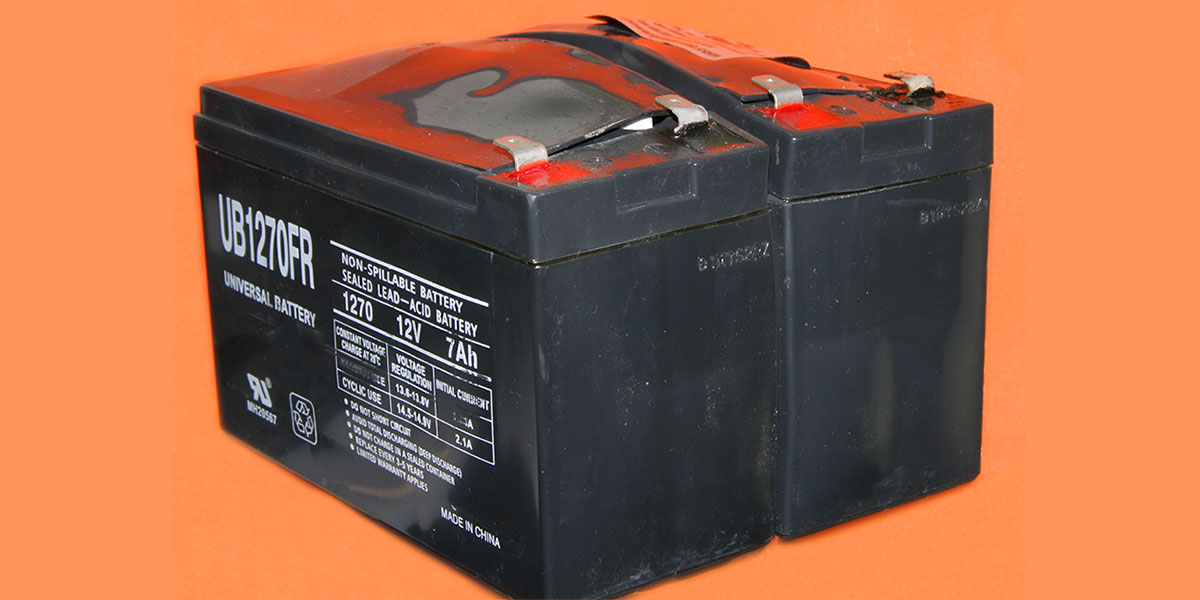 While clean power is frequently equated with green power, it can also refer to AC power free from spikes, dips, surges, audio, and RF noise. The US power grid may be 99.9% reliable; that 0.1% can wreak havoc on computers and other sensitive electronics. Moreover, I recently learned the hard way that one of the precautions commonly taken to assure uninterrupted, clean power can take down your computer and potentially devastate your entire workshop.

First, a bit of background on surge suppressors and uninterrupted power supplies. Surge suppressors are the most affordable and simpler of the two technologies, often comprising a 15 to 20A circuit breaker and at least one metal oxide varistor (MOV).

Unfortunately, some power strips sold as “surge suppressers” are current surge suppressers — meaning they contain a circuit breaker and don’t clamp voltage surges. Voltage surge suppressers clamp the voltage to 150 to 250 VAC, depending on the MOVs or other components used in the circuit. Furthermore, a quality MOV-based surge suppressor will employ three MOVs: one from hot to neutral; and one each from hot and neutral to ground. When a voltage spike appears across one of the MOVs, it conducts — dissipating the power within the ceramic device. Large, high-energy spikes can destroy a MOV, leaving a short or open. Hence, the need to locate MOVs between the circuit breaker and the load so that the breaker trips, disconnecting the load from the power mains.

My favorite surge suppressor is a modified Trip-Lite PS4816 — a 16 outlet power strip with a 15A circuit breaker and lighted on-off switch. To the $55 strip, I added three MOVs:   one from hot to neutral; one from hot to ground; and one from neutral to ground. I used 150 VAC/400 VAC clamp MOVs rated at 6,000A peak current and <25 ns response time with good results (Mouser #581-VE17P00151K, $0.45). The aluminum Trip-Lite is easily disassembled, modified, and reassembled.

Of course, you can also buy commercial surge suppressor power strips and rack-mount power conditioners —  with multiple outlets. The better power conditioners, such as the units by Furnman (starting about $150) —  add linear filtering to eliminate RF noise from the power, a real-time voltmeter, sub-ns response time, and over-voltage protection.

The second method of assuring “clean” power is to use an uninterruptable power supply (UPS) — a battery-powered DC-to-AC converter with voltage sensing capabilities. A basic UPS senses when the line voltage falls below, say, 105 VAC, and within a few ms fires up the DC-to-AC converter and switches the load to the converter. Depending on the battery capacity and the load imposed by your computer system, you’ll have from two to 20 minutes to save your work and shut down. More advanced “smart” UPS models respond to both brown-out and over-voltage conditions, add voltage surge suppression for cable modem connections, and automatically power-down your computer equipment. It’s good to remember that a surge can enter your computer, TV, or test gear from any number of paths.

The problem with all of this technology is that it’s all too easy to treat it as plug-and-play. Unfortunately, it isn’t. Your “surge suppresser” may be nothing more than a power strip if the MOV(s) inside were destroyed. When was the last time you tested/inspected your surge suppressers? Moreover, back to the story, when was the last you turned off your UPS for the night or when you went away for the weekend?

This summer, upon returning home after a week away, I detected the unmistakable odor of burning insulation in my workshop. At first, I couldn’t determine the source. My computers booted up without a hitch, and the instruments were fine. Frustrated, I took out my hand-held IR thermometer and scanned the room. The case of my UPS — a rather expensive, name-brand model — was simmering at 190 degrees F. There was no alarm or any outward sign of problems.

Using heavy work gloves, I disconnected the unit and brought it outside to cool for a few hours.  After another 20 minutes of prying, I managed to extract the two engorged, oozing 12V 7 AH gel batteries.  As you can see in the photo above, both batteries had burst.  Despite the touted “intelligence” of the unit, there was apparently no thermal cut off.

So much for set it and forget it.  I no longer leave home without turning off my new UPS. You might consider doing the same — or developing an independent thermal cut-off circuit project to share with other readers.