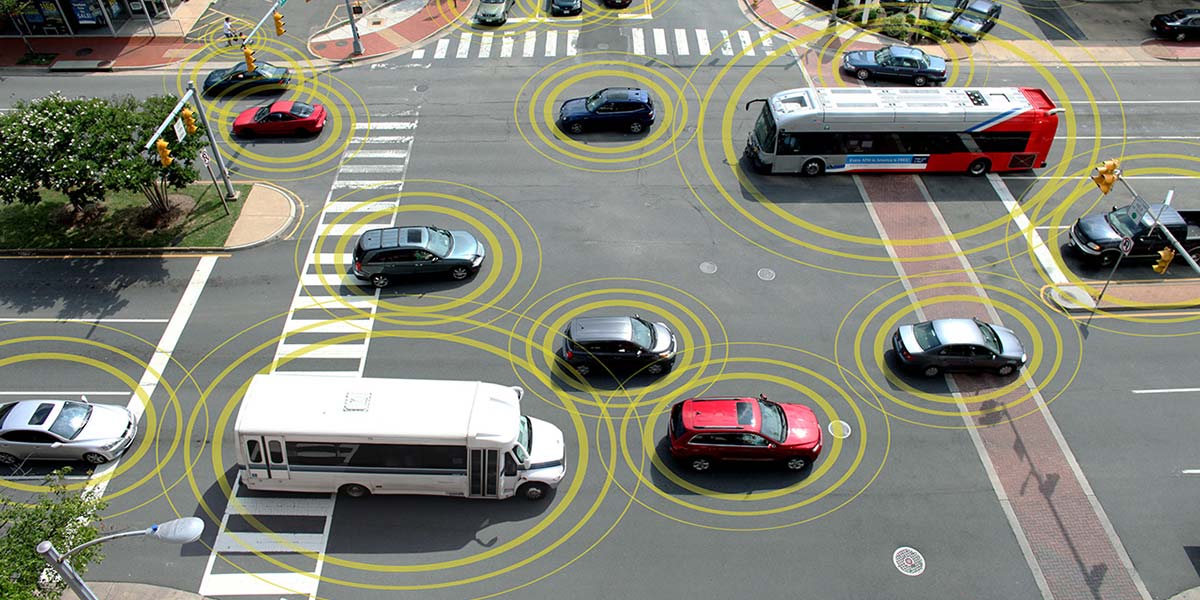 Cars are already loaded with communications technology. AM, FM, and satellite radios are common, as is a GPS receiver for the navigation system. Some vehicles also have digital HD radio capability. Then, there is Bluetooth connectivity for hands-free operation of your phone or for patching your music to the vehicle sound system. Cellular technology is also common in some newer vehicles; GM’s OnStar is one example. Embedded Wi-Fi to LTE hot spots is another.

But that’s not all. In the coming years, we will be seeing new wireless systems incorporated into every vehicle for improving safety and for aiding in the implementation of self-driving cars. Some of this technology has already been defined, but decisions about what standards to use and when are still up in the air. Here is an update on this communications technology.

Why do we want vehicles to speak to one another? The main reason is to improve safety. Statistics say that about 35,000 to 40,000 people are killed each year in auto accidents and millions of others are injured. The government — in this case, the National Highway Transportation Safety Administration (NHTSA) — believes that communications between vehicles and other sites can aid significantly in reducing the death rate and injury level.

Figure 1 illustrates the concept where cars are talking to one another automatically and to nearby information sources. Direct car-to-car communications is called vehicle-to-vehicle (V2V). Vehicle to nearby road side units is referred to as vehicle-to-infrastructure (V2I). A vehicle-to-everything is known as V2X. 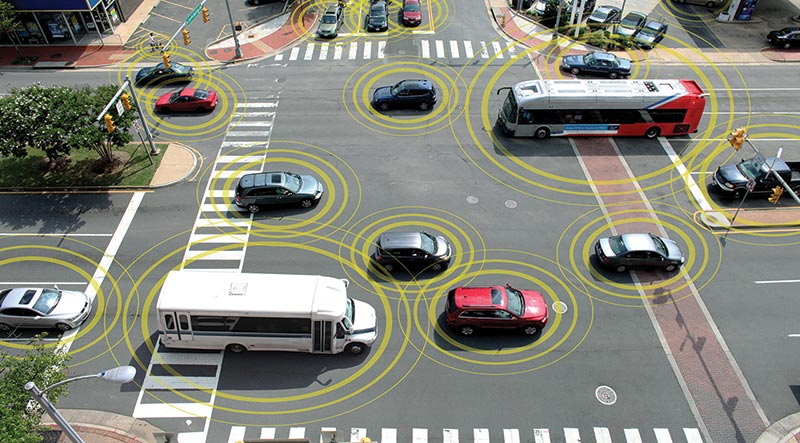 FIGURE 1. Eventually, all vehicles will have some V2X communications capability. However, V2X will not work successfully until the majority of vehicles have it.

With V2V, cars will be able to tell others nearby their exact location as well as their speed, brake, or turn status and other factors. The vehicles will also get traffic, road conditions, weather, and other information via V2I roadside units or remotely from a V2X network.

With this added information, the driver can make better decisions. Even automatic actions in Advanced Driver Assistance Systems (ADAS) can take place, enhancing the driver’s ability and managing errors. Overall, safety should be greatly improved.

DSRC stands for Dedicated Short Range Communications. It’s one of the wireless technologies developed for and approved by the NHTSA. DSRC is a variant of Wi-Fi designated by its IEEE standard 802.11p. It operates in 75 MHz of spectrum in the 5.9 GHz unlicensed band and uses OFDM modulation. Seven 10 MHz channels have been defined, and data rates can range from about 3 Mbps to 27 Mbps. The range can be as far as 300 meters to one kilometer. Figure 2 shows the basic components of a DSRC system. 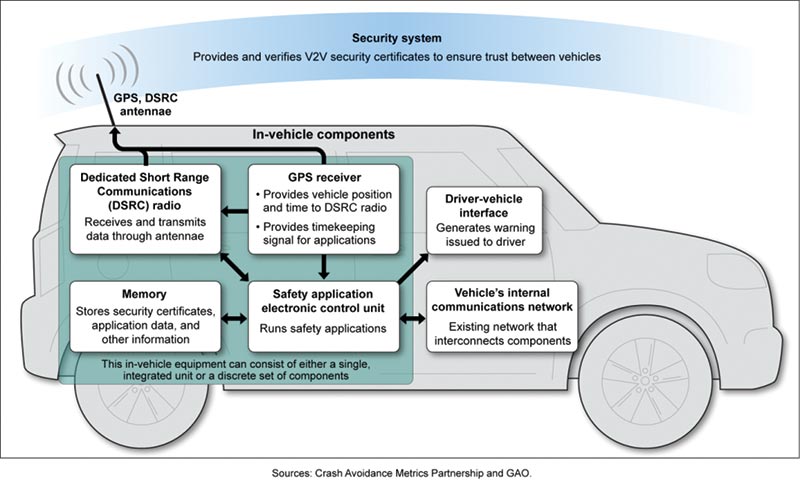 FIGURE 2. The major subsystems of a DSRC system are shown here.

The radios transmit a Basic Safety Message (BSM) ten times a second. It contains the GPS location, speed, direction, brake status, turn status, and other similar information. Nearby vehicles get the message and send out their own. All the cars within a given area know where everyone is located and what they are doing.

Intelligent software will determine potential conflicts and generate warnings to the drivers. Some vehicles may tie the DSRC outputs to the ADAS that may further activate automatic braking or engage steering control.

DSRC has been around for years, and it has been tested and approved by the NHTSA. Chips and modules are for sale because it’s all ready to go. However, only one model of Cadillac has one installed. The rollout has been stalled because a competitive technology has been put forth by several companies.

Called cellular-V2X or just C-V2X, the technology is based on the current cellular radio standard Long Term Evolution (LTE). The C-V2X version of LTE permits direct V2V, a broadcast mode, as well as connections to the existing cellular networks to access networks that may be relevant.

As for specs, C-V2X operates in the same 5.9 GHz spectrum and has a similar range and data rate. One touted feature is a lower latency (delay or response) time than DSRC. It too will transmit and receive the BSMs and generate warnings and vehicle action.

C-V2X has not been as widely tested as DSRC. Nevertheless, it’s a proven wireless standard that should be more than competitive.

It’s difficult to predict which standard will win the automotive marketplace. Both will serve the purpose well. C-V2X has the advantage of being able to use the existing cellular network infrastructure for V2I and V2X applications. A DSRC infrastructure would have to be built. In addition, C-V2X has a clear upgrade path as it will follow the LTE standard as it morphs into the forthcoming 5G New Radio cellular standard being developed. That may be a moot point as the NHTSA has already proved and blessed DSRC.

Recently, however, the Trump administration cancelled the mandated inclusion of DSRC or other V2V technology, sighting over-regulation. While the idea has not been killed off completely, it has been relegated to a long-term objective. We may see it again. This will give C-V2X more time for testing and investment, meaning that it could eventually be chosen over DSRC.

It’s not clear at this time what standard the auto manufacturers will adopt.

Fully automated vehicles (AVs) — commonly referred to as driverless vehicles — actually do drive themselves. There are various stages of autonomy as shown in the accompanying Table 1.

In the simplest form, AVs are basically an extension of ADAS that are common on many vehicles.

All of these features are designed for safety. They help the driver with warnings, or may actually take control from the driver when the driver fails to react to a potential crash situation.

ADAS are implemented with a mix of sensors. These include:

In the coming years, the current ADAS will eventually be complemented by the V2X communications capability, providing even greater safety. Even though the most recent mandate has been cancelled, we should see another mandate in the future as V2X will be needed for self-driving vehicles as well as for enhanced ADAS.

What Makes AVs Work is Software

It takes in all the sensor and communications information, attempts to identify objects and a wide range of driving scenarios, then makes decisions about braking, accelerating, steering, or otherwise.

This “sensor fusion” software uses artificial intelligence techniques including machine vision, machine learning with neural networks, and deep learning. This software requires massive data processing capability which currently is being provided by multicore processors and/or graphics processors from Intel, AMD, Nvidia, and a few others.

AVs are not ready yet, but manufacturers are frantically developing them. Most estimates put availability out five years or more. Surveys indicate that potential buyers would not yet purchase an AV; a lot of consumers say they are afraid of them. Yet, the push is on, and we are going to get AVs sometime in the future.

For the elderly, handicapped, blind, or other compromised drivers, AVs may be a real solution to their transportation needs. For people who enjoy owning certain cars and driving, AVs aren’t really a practical idea.

AVs are more of a transportation appliance and not a source of image, skill, pride of ownership, and driving fun represented by real cars. The NHTSA’s claim that AVs will save lives has yet to be proven.

Some final thoughts from my perspective: