By Edward B. Driscoll, Jr. 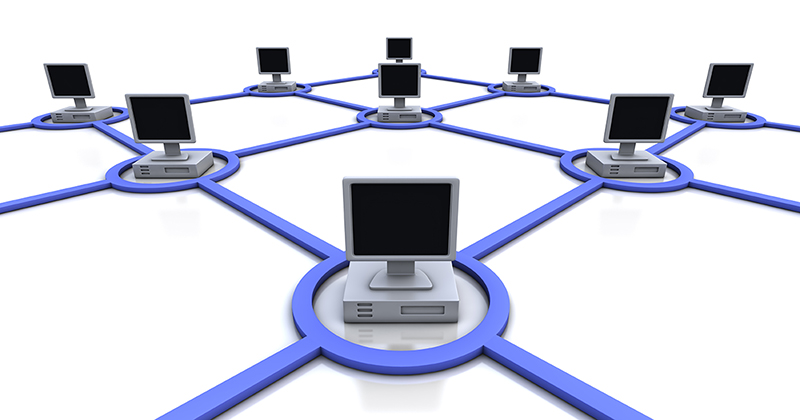 On January 1, 2003, while you and I were celebrating a new year, the Internet was quietly enjoying a milestone date of its own: The 20th anniversary of its switchover to the TCP/IP networking standard, which radically transformed it from a network that connected military and university mainframes to the sprawling "information superhighway" that reaches into hundreds of millions of homes, businesses, and schools, and has radically transformed the lives of its users.

The original Arpanet first went online on October 1, 1969. As we've written about in past columns of Micro Memories, the first computers were created immediately after World War II. By the 1960s, serious science fiction writers like Arthur C. Clarke, visionaries like Marshall McLuhan, and futurists like Alvin Toffler were writing both about the future of computers and the ongoing effects that technology was having on everyday lives.

One thing was apparent to all of them: computers had the potential to shrink the size of the planet, especially if they were joined together via some kind of interconnected network. McLuhan wrote about "a global village" in the mid-1960s; the Internet sealed the deal when Mosaic — the first graphical browser — became available in 1993.

What none of those late 1960’s writers realized was that the US government was thinking similar thoughts. The government's concern, however, was not with creating some sort of global village, but surviving a nuclear war. In 1998, I interviewed Louis Rossetto, the founder, then CEO and executive editor of Wired magazine — in his office in San Francisco — and asked him how the Internet began.

"It was set up by Arpa, which was a research arm of the defense department, to connect researchers together in an atomic bomb-proof network. So instead of having direct landlines, they had a distributed network that passed messages along. So that if you took a node out of the network, the messages could route around that node, in the event of a nuclear attack. So if one computer went down, it didn't screw up the whole system. 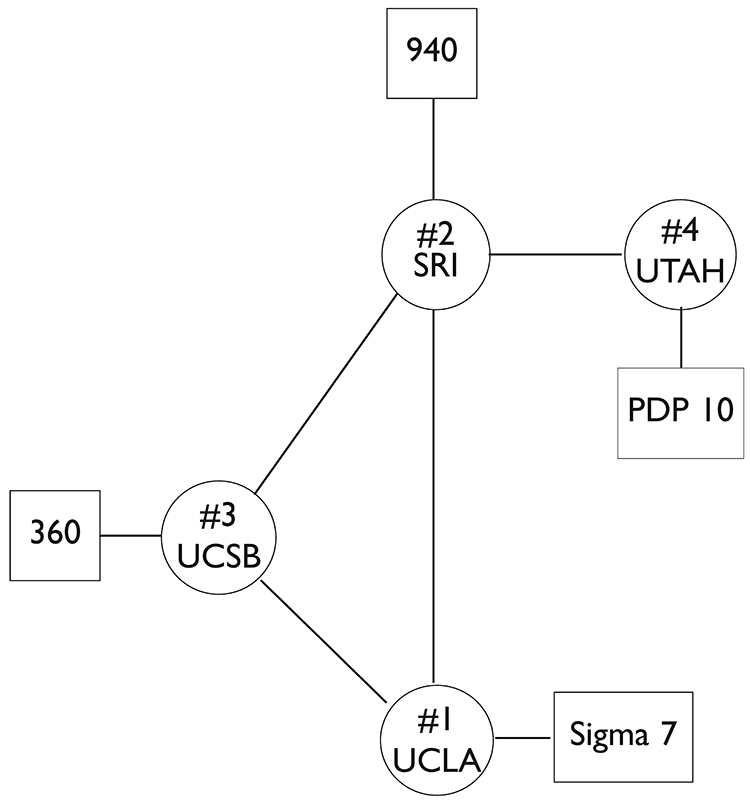 It gradually became popular in the academic community. People used it to communicate with each other, and then, in effect, to publish on it. And then gradually more and more people got interested in using it for communications and ultimately for publishing, and now for commerce."

Arpa stands for the Advanced Research Projects Agency, and it was founded in 1958. The original name changed in 1972 to Defense Advanced Research Projects Agency, to reflect its assimilation into the Defense Department. Arpanet — established in 1969 — was the first wide-area computer network and the direct precursor to the Internet. Arpa built it as a research-sharing tool. By the 1980s, Arpanet was overshadowed by the National Science Foundation's high-speed NSFNet backbone and the regional networks connected to it. Around this time, people began to think of this interconnected collection of networks as an Internet.

"I Survived the TCP/IP Transition!"

What made that change from a military and collegiate networking scheme to a network open to virtually anyone (and eventually everyone) was the changeover in 1983 from NCP (network control protocols) — the original networking standard that Arpanet ran on, which dated back to its beginnings — to its now familiar TCP/IP (short for transmission control protocol/internet protocol) format on January 1, 1983. Prior to that, the number of computers connected to what was then known as Arpanet was below 1,000 and the number of Internet hosts was at about 200. It's not a coincidence that in 1984, the number of hosts cracked 1,000. As of 2002, there were 172 million host computers supporting some 600 million subscribers!

TCP (Transfer Control Protocol), outlined in a 1974 paper by Vinton Cerf and Robert Kahn, was originally introduced in 1977 for cross-network connections, and it slowly began to replace NCP within the original Arpanet. TCP was faster, easier to use, and less expensive to implement than NCP. In 1978, IP (Internet Protocol) was added to TCP and took over the routing of messages.

Someone once said that "the great thing about you Americans is that you have so many standards to choose from." But it was obvious to the original users of Arpanet that a single set of standards would speed the growth and acceptance of the network. TCP/IP was chosen to provide a bridge for small networks to connect to the Internet much more readily than they could with NCP. The links branched in every direction, hugely increasing the number of people connected within a single, broad system of information and communication.

Some sites were given a grace period of a few months, but by the spring of 1983, any system that had not converted to TCP/IP was bumped off the network. Six months after the switchover, Arpanet was split into the two subnets, Arpanet and Milnet, which became the side of the network that represents the military side of the original Arpanet, carrying non-classified US military traffic.

Bob Braden — another Internet pioneer who was active in the Arpanet Network Working Group in the 1970s and contributed to the design of the FTP protocol — recently told Australia's Sydney Morning Herald that "there may still be a few remaining T-shirts that read, "I Survived the TCP/IP Transition."

People sometimes question that any geeks would have been in machine rooms on January 1. Believe it! Some geeks got very little sleep for a few days (and that was before the word "geek" was invented, I believe)."

The other gradual advantage of TCP/IP is that it opened up the Internet for non-academic or defense users. Prior to 1983, most early adopters who had connected their PCs to modems weren't visiting the Internet. They were either connected to small regional bulletin boards, or proprietary services such as CompuServe or The Source.