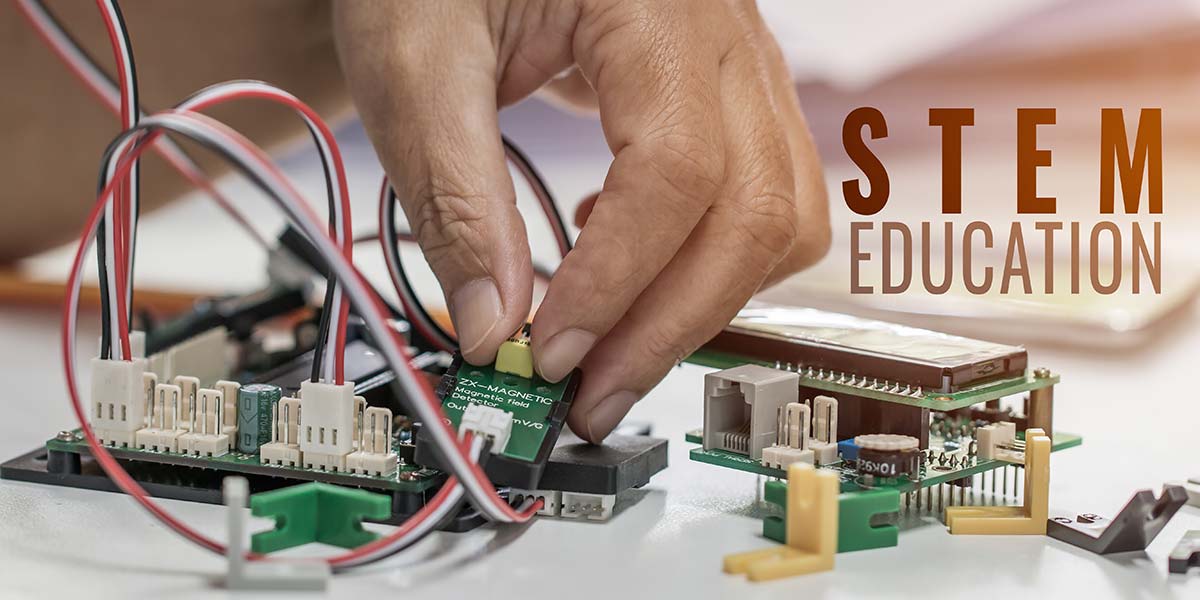 I’m often asked what the best way is to support STEM (Science, Technology, Engineering, and Math) education with electronics. At the high school level, as soon as I start talking about Arduino boards and sensors, teachers tend to run away. It’s intimidating to set up an electronics workshop from scratch. Think of all the necessary infrastructure that needs to be constructed — from multimeters and soldering irons to parts bins — and the components to fill them.

An alternative to a “made from scratch” approach is to use a kit or system that’s been preconfigured with sensors and the tools to collect and display the data in real time. I’ve used TechBasic ($15; www.ByteWorks.us) to turn my iPhone into a data collection platform.

I’ve gone as far as taping my phone to the spokes of my bike during an off-road excursion. The concern, of course, was losing my phone. As I’ve discussed in previous editorials, TechBasic enables you to access the various sensors in the iPhone, display the data graphically, and massage the data as you see fit — all using a variant of the BASIC language. I’ve seen videos in which users tie their cell phones to kites and even solid fuel model rockets.

A way to get your hands on data without putting your phone at risk is to use a wireless sensor such as the PocketLab ($98; thepocketlab.com). The 2.5” x 5/8” x 1-1/8” device is a BlueTooth-connected sensor cluster that collects data on temperature, barometric pressure, magnetic field, angular velocity position, and acceleration. The PocketLab is based on the TI CC2541, which I’ve used in the form of a fob-based evaluation kit available from Texas Instruments (TI). I found the hardware promising, but the software severely lacking. TechBasic provides support for the TI fob if you’re into programming.

The folks at PocketLab also addressed the software problem, adding in support for cloud storage/sharing — the real advantage of this device over TechBasic. Not only are data displayed in real time, but they automatically move from the PocketLab to your Android or iOS device to the cloud, where data can be downloaded to your laptop for evaluation, manipulation, and analysis.

Also, while the TI fob is a bit clunky, the PocketLab’s easy to handle plastic enclosure is mainly air, and the largest heaviest component by far is the coin battery. As an aside, PocketLab is one of those KickStarter success stories, raising $100K in the time they had hoped for $20K.

So, with environmental recorder in hand, what is one supposed to do to get all of this exposure to science, technology, engineering, and math? Well, as long as the experiment can be contained within the range of a Bluetooth device — say, in a classroom or on your person if you’re outside — it’s up to your imagination.

I wish I had access to a sensor-packed cell phone or an affordable wireless sensor package when I was studying Physics. I can still remember writing down rows of numbers from acceleration experiments. And forget about graphing results. That took hours.

So, in theory at least, with all the drudgery gone from doing science, everyone should be free to exercise their creativity, instead of spending time filling notebooks full of data. If you’ve used data collection and analysis as part of your STEM curriculum, please consider contributing to the reader forum so that other educators can learn from your experience.  NV