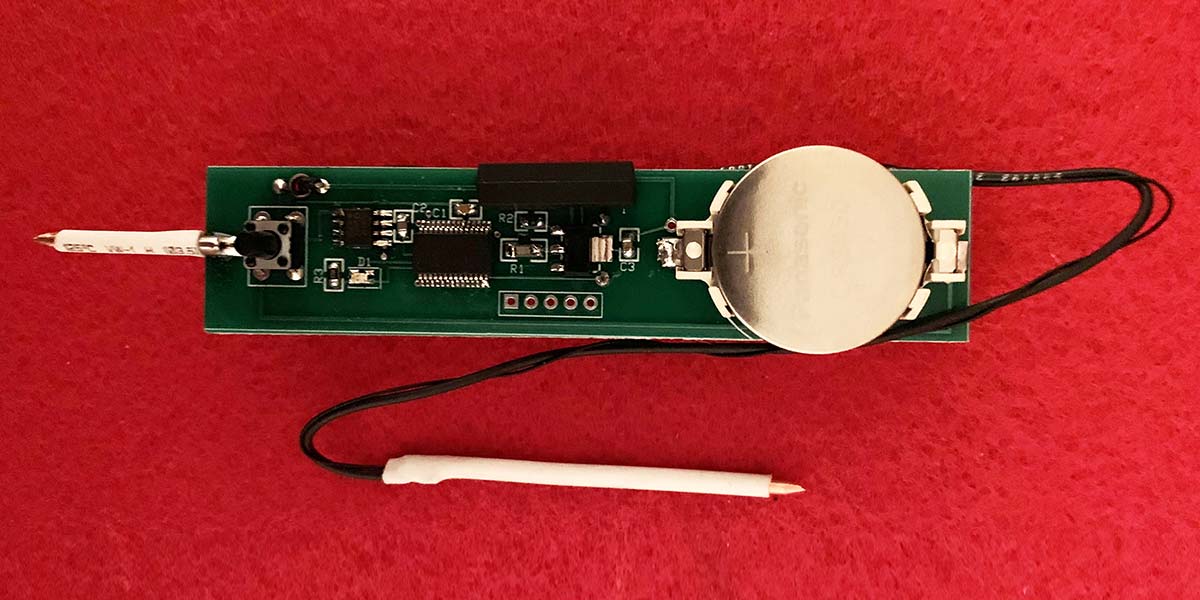 I do a fair amount of printed circuit board design with ground planes and power planes. Often, they require vias to provide power or grounds to components. This is especially true if using four-layer boards. If you recall, I recently designed a four-wire Kelvin low resistance ohmmeter with a digital readout for measuring low resistances. This got me thinking that it would be nice to have a probe that would be a go/no-go device just for traces. It ended up being considerably cheaper than the digital readout.

To save board space, the first board I designed was 1/2” wide x 3.8” in length. I used two solderable three volt CR2450 620 mAh batteries. It turned out to be a disaster as the batteries were unstable when mounted, difficult to solder, and could short each other.

I then discovered that Renata made a perfect battery holder for the CR2450 battery. I redesigned the board widening it to 1” x 3.8” in length.

Refer to the schematic and my previous article on the Kelvin ohmmeter for the following discussion. 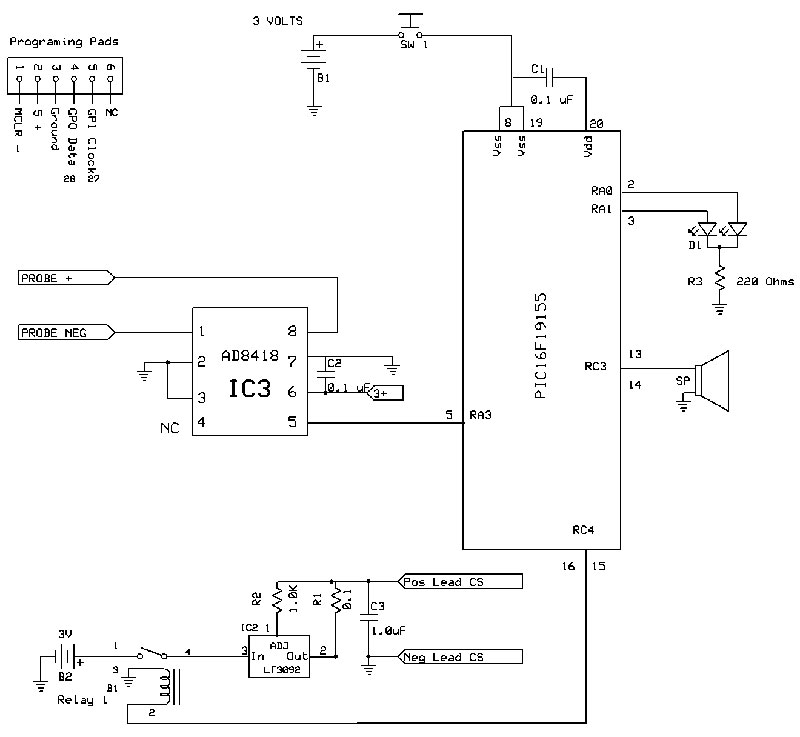 For the four-wire Kelvin ohmmeter, you need to use two batteries: one for the voltmeter and another for the constant current source. The probe uses two three volt coin batteries mounted in their respective holders.

The voltage measuring unit uses a Microchip PIC16F19155 microprocessor. It has a 12-bit ADC and adjustable voltage references of 4.096, 2.048, and 1.024. Prior to the ADC is an Analog Devices AD8418WBRZ current source operational amplifier. This is a differential amplifier thus eliminating stray common voltages from traces and measuring probes. It also amplifies the differential voltage by 20, thus increasing the unit’s sensitivity.

Since this a four-wire ohmmeter, you may wonder where the fourth wire is. It’s a trace from the constant current source connected directly to the + probe. The two negative wires are connected at the negative probe.

I paralleled two ports of the micro to each input of the buzzer and relay to increase the mA output.

The following sequence is used to measure the ohms: 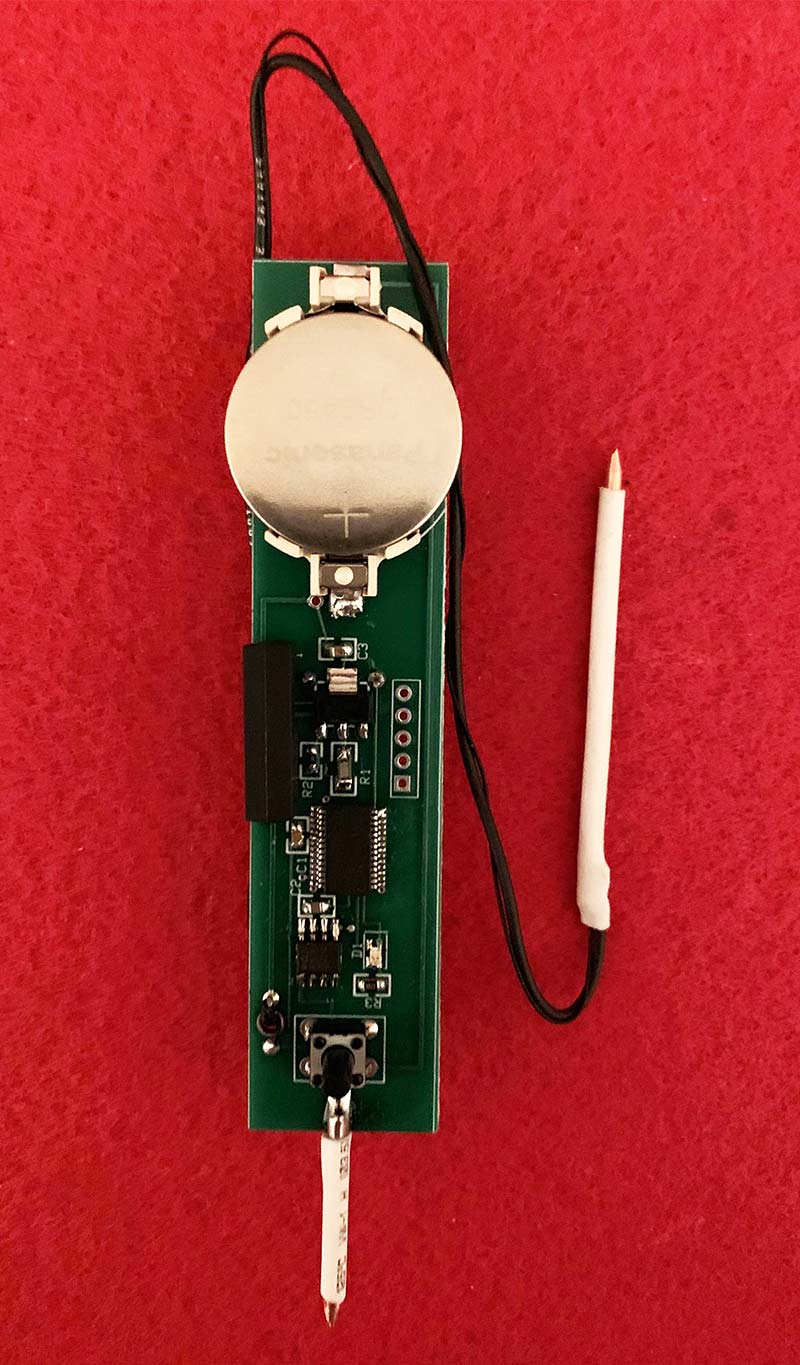 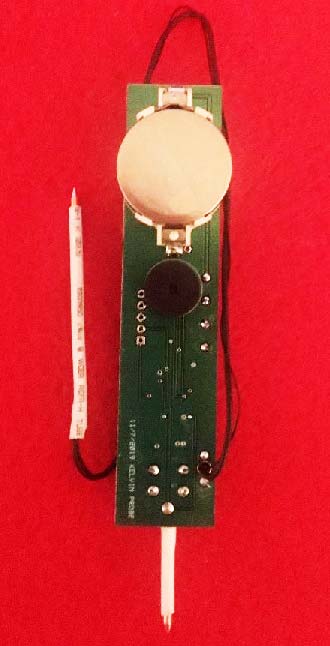 Pass the 10” #24 wire from the bottom of the board through the strain hole and solder to the S- pad. Perform the same task and solder the wirewrap wire to the P- pad. Loosely wrap the smaller wire around the # 24 wire.

I ran into problems with the probe at first. I thought it would be a good idea to use corsage or bonnier steel pins. However, their resistance is above 0.01 ohms.

I hope you’ll find this probe a handy and welcome addition to the Kelvin ohmmeter.  NV

What’s In The Zip?
Asm File
Probe Circuit Board Pattern*
Schematic
Parts List
* The .rrb file is the new extension from “Express PCB Plus.” For their new software go to https://www.expresspcb.com/ for their free download. There are no Gerber files.