It’s important to note that files created in previous versions will need to be saved in the version 3.1.1 software for symbols to be supported properly in the software. 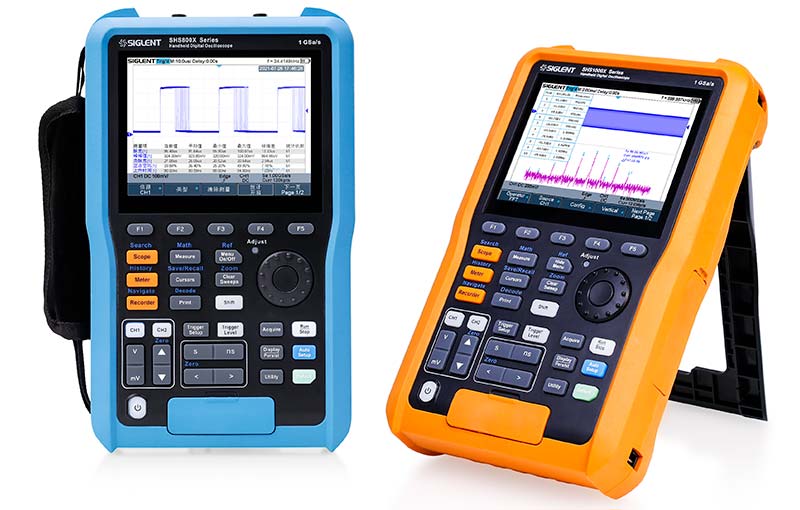 Saelig Company, Inc., has introduced the new and improved Siglent SHS-X Handheld Two-Channel Digital Oscilloscopes which are available in 100 MHz and 200 MHz analog bandwidths and isolated or non-isolated versions, with 1 GSa/s sample rate and 12 Mpts memory depth. The SHS800X versions have two non-isolated scope channels and one isolated multimeter channel, while the SHS1000X models feature full isolation between the two oscilloscope channels, the multimeter channel, the power adapter, and the USB host/device port.

One of the advantages of a portable oscilloscope is its ability to make safe, floating, non-ground-referenced measurements. Inputs can safely be connected to a circuit under investigation without regard to polarity, as long as voltage and current limitations are observed. Full isolation also reduces the risk of accidental short circuit equipment damage. Designed and manufactured by leading test instrument company Siglent Technologies, the SHS-X series of portable oscilloscopes offer benchtop specs, are compact (10.25” x 6.43” x 2.1”), and lightweight (3.3lb). Pricing starts at $648. 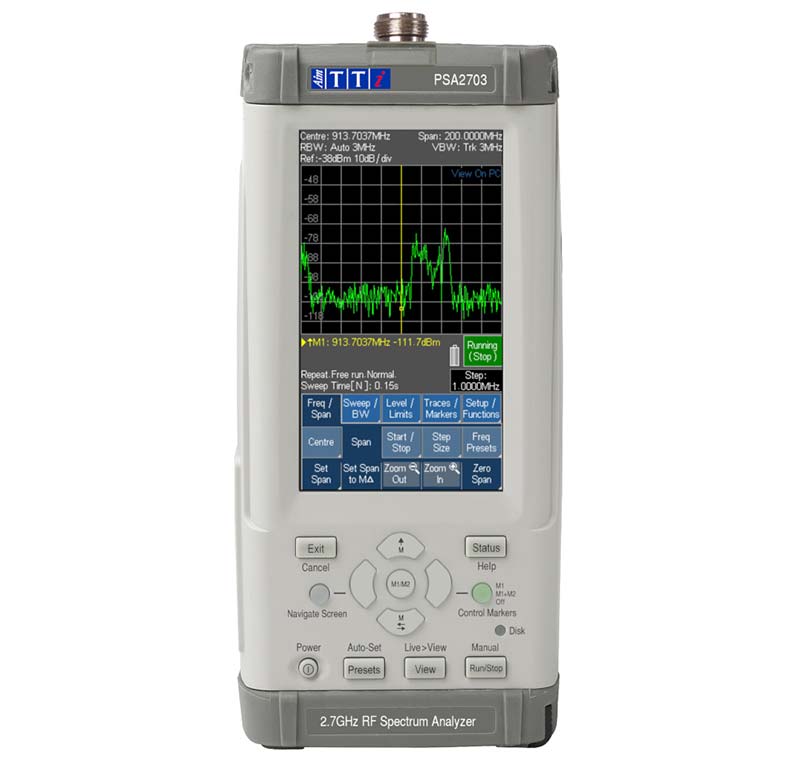 Improvements include a lower noise floor for increased sensitivity, a new frequency counter, additional RMS, Sample, and Average detector modes, and RBW selectable down to 300 Hz. PSA Series 3 Analyzers incorporate a 4.3” (11 cm) backlit TFT color touch screen display, with a high-capacity rechargeable Li-Ion battery to give more than three hours of continuous operation per charge. The PSA Series 3 PSA1303 has a frequency range of 1 MHz to 1.3 GHz, while the PSA2703 operates up to 2.7 GHz — both offering a noise floor as low as -115 dBm and a dynamic range of 84 dB.
Built with the experience and customer input from the successful PSA Series 2 Spectrum Analyzers, the PSA Series 3’s advanced features include sweep modes (continuous, single, peak hold, and sweep average), AM/FM audio demodulation with built-in speaker, and data logging for traces, data points, or screen images (with storage for 10,000 entries per file triggered from a key press, internal timer, external trigger, or the limits comparator).

Traces or complete screen images can be saved to file and compensation tables for antennae or other external transducers can be created and loaded. USB host and device connectors allow the use of USB Flash drives or direct connection to a PC.

Control of PSA Series 3 Analyzers is by finger-operated touch screen soft keys in a hierarchical menu system that gives rapid access to menu functions. Additional hard keys are provided for marker movement and shortcuts to all major functions.

The ruggedized case incorporates a rubber protection buffer, a bench stand, and screen protection. For benchtop use, the instrument can be operated continuously from its AC charger. For portable use, the long battery life can be further extended by selecting auto-off which turns the instrument off (retaining all data) after a selectable delay of 5 to 60 minutes from the last key press.

The PSA Series 3 offers RF engineers as well as wireless product and sound technicians a cost-effective and highly portable tool, placing a spectrum analyzer in areas that are difficult to access with bench top instruments. Bench-bound engineers will appreciate the low cost of PSA Series 3 RF Spectrum Analyzers, enabling them to justify the purchase of an RF spectrum analyzer for a wide range of tasks. Wireless audio technicians will benefit from instant displays of free audio Wi-Fi channels or problematic interference.