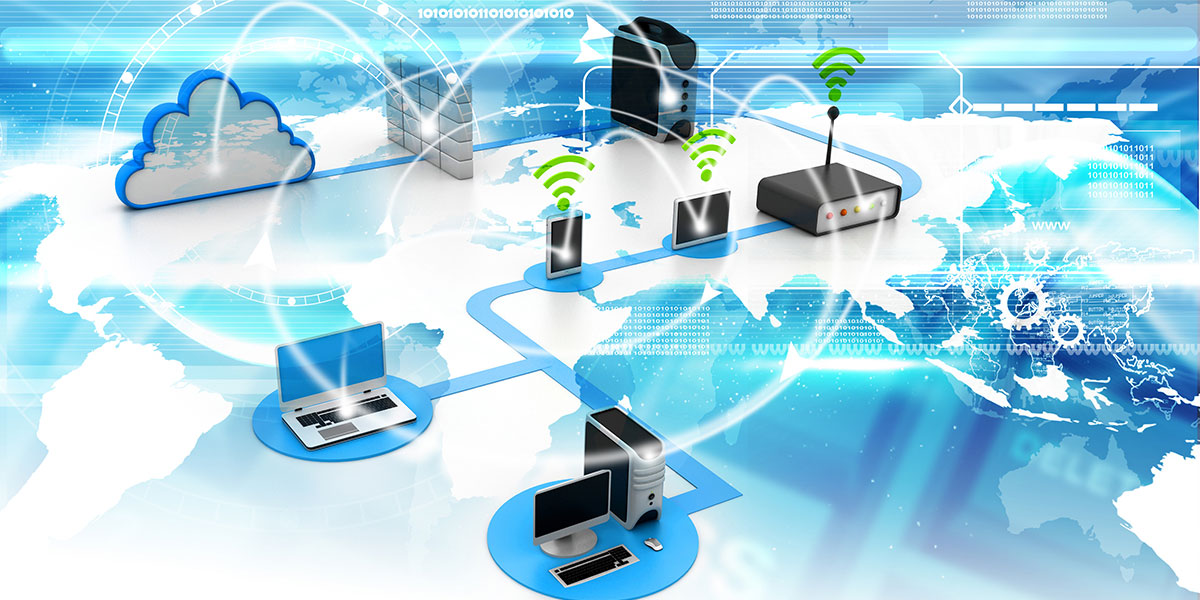 10 Things You Need to Know About Wi-Fi

Some facts about the familiar wireless technology that you may not know.

Wi-Fi is that popular short-range wireless technology that practically all of us use each day. Wi-Fi is the trade name of the Institute of Electrical and Electronics Engineers (IEEE) 802.11 wireless local area network (WLAN) standard that is widely used to connect PCs, laptops, tablets, cell phones, and other things to the Internet and other services. The Wi-Fi Alliance (WFA) is the professional organization that promotes Wi-Fi, develops enhancements, and implements testing and certification of products to ensure interoperability.

Wi-Fi uses the unlicensed industrial-scientific-medical (ISM) bands of 2.4 and 5 GHz. You probably use the most recent variation of Wi-Fi called 802.11n or at least the previous generation 802.11g to connect to your home network, a nearby hot spot, or company LAN access point.

Here are some interesting variations of the standard and some things you can expect to see in the future.

#1 — The next generation of Wi-Fi ready to go

Every several years, the IEEE standard gets updated to create the next-generation technology. It is always an improvement in some way over the previous version. The next version of the standard is 802.11ac or just 11ac. It is now just beginning to appear in new routers, gateways, computers, and other devices. It is a much faster version than the current 11n. Its primary benefit is much faster data transfers, making it more convenient than ever to download or stream video.

The 11ac standard uses the 5 GHz ISM band. There is less interference in this band, although the range is more limited than in the 2.4 GHz band. There is plenty of spectrum there to allow each data channel to be much wider than the current 20 MHz or 40 GHz. With 80 or 160 MHz channels, data speeds can easily exceed 1 Gb/s or faster under the right conditions.

Modulation is still OFDM but adds up to 256QAM for extra speed. A typical single stream of data can be as much as 910 Mb/s. Using multiple input multiple output (MIMO) up to 8x8, data rates can peak at 3 Gb/s.

MIMO is the use of multiple transmitters, receivers, and antennas transmitting different data streams in parallel and concurrently to multiply the data rate while extending the range.

The 11ac routers are just becoming available and a few laptops now offer 11ac capability. In the coming year, 11ac will grow significantly. All the new routers will be backwards compatible to support the older standards.

#2 — An even faster version is in the wings

A newer standard called 802.11ad (or just 11ad) is under development and will soon find its way into more products. While not technically Wi-Fi, it is a good complement to the current versions. The 11ad standard is referred to as WiGig. It uses the 60 GHz ISM band (57-64 GHz). While the communications range is short -- usually less than 10 meters -- it is super fast with data rates as high as 7 Gb/s. Its application will be primarily for video transport from set top box to TV set, DVD to TV, or laptop to docking station. It uses MIMO as well as antenna beam forming and tracking to boost transmit power and extend the range of the system. Some 11ad products are available, but soon others will join the club and the applications will spread.

11ad is supported by the Wireless Gigabit Alliance (WiGig) — an organization that works with the Wi-Fi Alliance to ensure good compatibility between 11ac and 11ad. Look for tri-band routers with 2.4, 5, and 60 GHz capability.

Table 1 is an overview of the current standards and their characteristics.

Wi-Fi Direct is a WFA software variation that allows two Wi-Fi enabled products to talk to one another directly without going through a nearby access point. This allows PCs and laptops to communicate directly with printers, cameras, TV sets, and other devices, bypassing the router. Tablets and smartphones can talk directly to other devices, as well. Most new devices are already Wi-Fi Direct capable.

This is another WFA standard that permits the transfer of video directly between devices — again without going through the router. Miracast-enabled devices like a laptop can send its video directly to a big screen HDTV, or a laptop can transfer its video to a docking station with a larger video monitor. It can be used as the physical layer for popular wired interface standards like USB, PCIe, HDMI, and DisplayPort. Miracast is available now in many products.

HotSpot 2.0 — also known as Passpoint — is one more WFA standard that facilitates and simplifies finding hotspots nearby and connecting to them automatically (or with minimal user interaction). What makes this standard possible is another IEEE standard: 802.11u. This software addition lets devices and networks negotiate with one another and make automatic connections.

Wi-Fi will soon act somewhat like a cellular base station or cell site. This feature using HotSpot 2.0 is seen as the future because it will enable cell phone carriers to use Wi-Fi to offload data from their 4G networks. The 4G networks are busy and often overloaded. The solution to this problem (and higher download speeds) is to add many more miniature base stations called small cells that are part of a larger heterogeneous network (HetNet). In the meantime as 4G rollouts continue, Wi-Fi offload will let the carriers shift any big data transfers from the 4G networks to any available Wi-Fi networks. This lightens the burden on the cellular network until small cells come along, and simultaneously makes data transfers faster for the user. Wi-Fi offload is not widely implemented yet, but HotSpot 2.0 is now available in some devices.

Some surveys have shown that the majority of home Wi-Fi networks do not have the security function activated. That means that anyone within range of your router (less than about 300 feet) can access your network and connect to whatever — whether you know it or not. Not good! Wi-Fi does provide excellent security in the form of several types of encryption, however. The original security system called wired equivalent privacy (WEP) has been shown to be too weak, so more elaborate systems were created under the IEEE 802.11i standard. The most recent and best is WPA2, or Wi-Fi Protected Access 2. To ensure maximum privacy and security, turn on WPA2. You have to enter a password to get in but it does guarantee that you are the only user.

#8 — Your smartphone as a hotspot

Most smartphones can be used as a hotspot to provide connectivity for Wi-Fi enabled devices. Your smartphone connects to the Internet via your cellular provider. Then, any Wi-Fi device — like a laptop, tablet, or other smartphone — can link to your smartphone. Your phone serves as the wireless router. You will need to determine if your phone will do this and what restrictions (if any) your carrier requires.

White space is the term used to refer to the unused TV channels around the country. The goal is to use these vacant channels as ways for homes and businesses to connect to the Internet as an option to other high speed broadband services from cable TV or phone company DSL. The location of these blank channels varies by locale, so a method has been developed to locate each vacant channel. A database of these channels and other wireless devices (like wireless microphones) has been established, and any white space data radio has to access the database to find a vacant channel that will be the least likely to cause interference.

Most of these channels are UHF TV channels 20 to 31 in the 470 to 710 MHz range. Each channel is 6 MHz wide so can carry high data rates with the right modulation. A special version of Wi-Fi — which many refer to as Super Wi-Fi — is based on the IEEE 802.11af standard. It uses OFDM and up to 64QAM to provide data rates from a few Mb/s to 20 Mb/s or so, depending on range and noise conditions. The range at these UHF bands greatly exceeds the range of most 2.4 and 5 GHz versions of Wi-Fi, which is 100 meters at best and usually less. White space range can be up to several miles under the right conditions.

White space radios and services are just now becoming available. Another IEEE standard called 802.22 is competing with the Wi-Fi version.

Wi-Fi is also an option for machine to machine (M2M) and the Internet of Things (IoT) uses. This is the idea of connecting devices other than computers and cell phones to the Internet. M2M applications provide remote control and monitoring functions for practically anything. M2M applications such as monitoring vending machines, storage facility temperatures, or the location of 18-wheelers use embedded cell phones and the standard cellular networks. Yet, Wi-Fi is another lower cost option where access points are available. As an example, GE, LG, and Whirlpool have enabled many of their high-end home appliances like refrigerators and washing machines with Wi-Fi so they can connect to a home network and provide feedback to the manufacturer on appliance usage and condition.

Some estimate there will be 20 to 50 billion devices connected to the Internet in the coming years. Wi-Fi will be a part of it. Products such as Texas Instruments’ new development kit in Figure 1 will make it easy.

Wi-Fi is basically everywhere these days. It is used in factory automation, chemical plants, and other industrial applications. Wi-Fi eliminates expensive wiring inside plants and has the reliability and security industry demands. Wi-Fi is also inside airplanes, and a new version of it will be used in the forthcoming Intelligent Transportation System (ITS) for roadside communications with cars and between vehicles. If you don’t use Wi-Fi now — which is highly unlikely — you will be in the future. The good news is that Wi-Fi will continue to evolve and improve, as new versions continue to find new applications.  NV