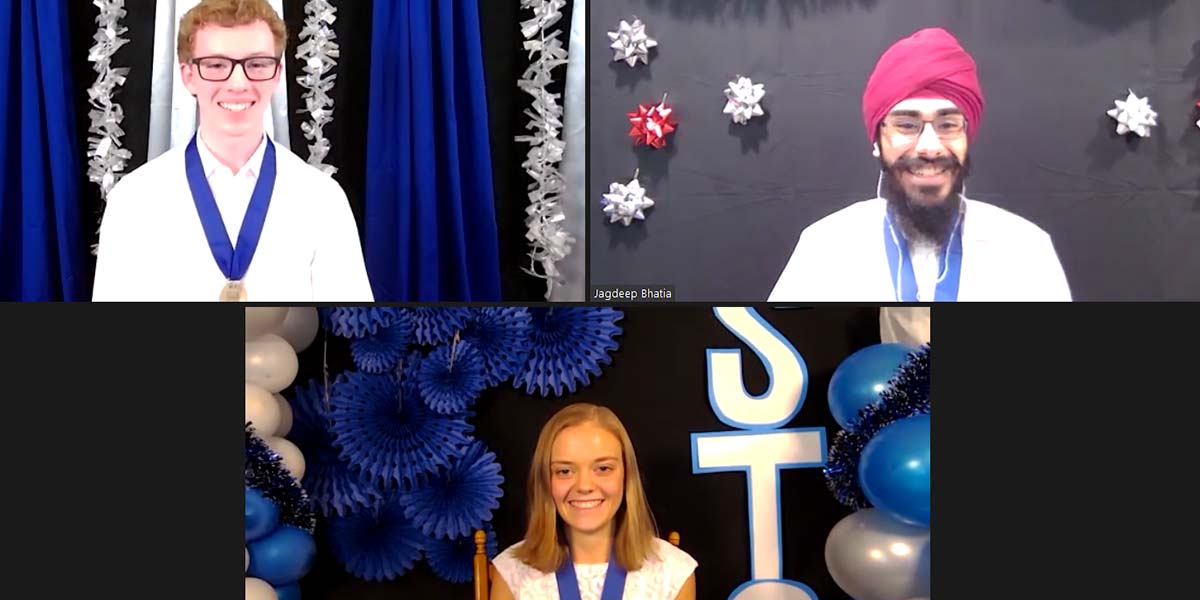 The Regeneron Science Talent Search (Regeneron STS), a program of Society for Science & the Public, is the nation’s oldest and most prestigious science and math competition for high school seniors. Each year, 300 Regeneron STS scholars and their schools are recognized. From that select pool of scholars, 40 student finalists are invited to participate in final judging, display their work, meet with notable scientists and compete for awards, including the top award of $250,000.

Started in 1942 as the Westinghouse Science Talent Search, the Regeneron STS recognizes and empowers our nation’s most promising young scientists who are developing ideas that could solve society’s most urgent challenges. 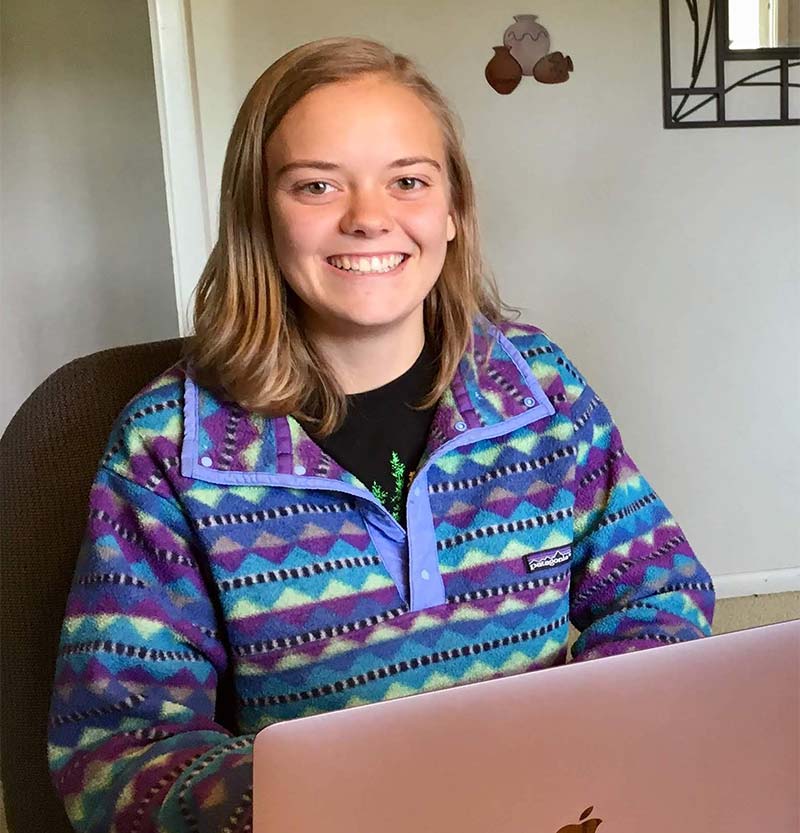 She invented a simple tool for predicting harvests early in the growing season, which helps to improve food distribution planning and offers a promising resource to those working to address global food insecurity. Petersen first validated her tool, which analyzes daily satellite imagery using accepted measures of vegetation health on known domestic crop data. She then tested it for countries in Africa and successfully predicted harvests with high accuracy against reported yields.

Petersen used her Regeneron Science Talent Search environmental science project to devise the tool to predict harvests early in the growing season with the goal of using it in developing countries where poor monitoring practices can delay responses to drought and food shortages. Aware of the lifelong consequences of malnutrition thanks to the experiences her adopted siblings encountered in their former homes, Petersen focused on reducing food insecurity.

Her forecasting method (which she first validated on known crop data for Illinois) analyzes daily satellite imagery using globally accepted measures of relative vegetation health. She then used her system to accurately predict crop yields for a recent year in every country in Africa, with a median error of only 8.6 percent compared to actual harvests for the same year. 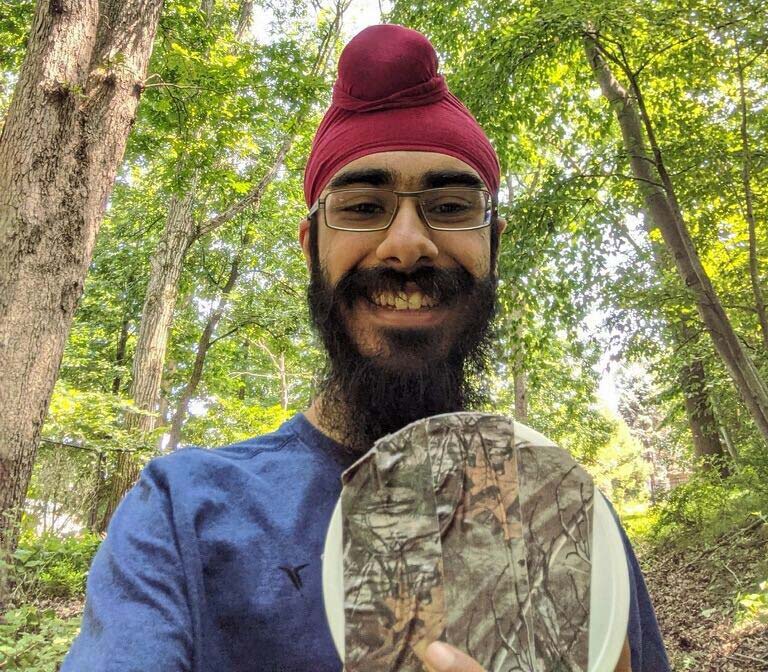 He developed two fast and simple machine learning algorithms for computer programs that are attempting to learn new concepts under the tutelage of an instructor -- either a computer or human. His algorithms do not only ask random questions but, like a savvy detective, ask just the right ones. His AI algorithms could help train robots and other automated devices faster and easier.

These types of programs make guesses at the concept to be learned, with the instructor correcting any errors. Bhatia developed two algorithms that describe which concepts should be guessed so as to learn the concepts as quickly as possible. Bhatia’s findings also suggest that his algorithms learn at a nearly optimal rate, asking no more questions than necessary. 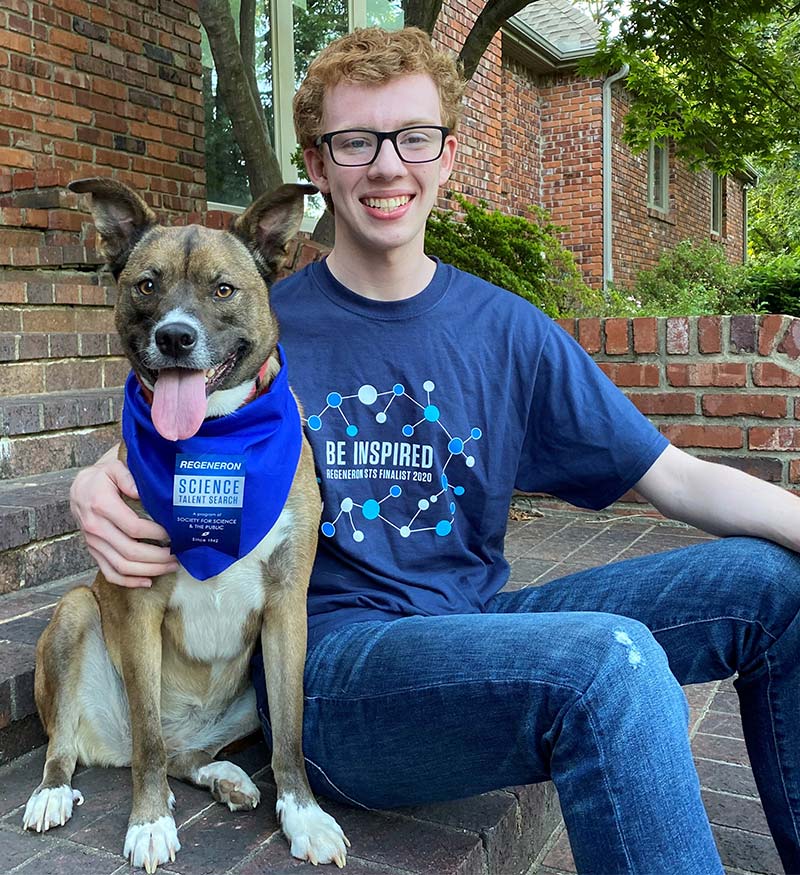 Environmental pollutants, NOx are byproducts of burning hydrocarbon fuels such as natural gas. After studying several commercial burners, Crotty designed his hybrid burner with a specialized nozzle and gas diffuser that he believed would reduce NOx.

Petersen, Bhatia, and Crotty were selected from a pool of nearly 2,000 applicants, all of whom completed an original scientific research project, extensive application process, and scrupulous judging by leading scientists. Each of the 40 finalists won at least $25,000, and in total, more than $3 million in awards were distributed throughout the competition.

Other top honors from the competition include:

Fourth Place: Rupert Li of Portland, OR received a $100,000 award for his math theory project that resolved an abstract algebra question concerning the “abelian sandpile model” to explore the underlying algebraic structure of a group. His creative approach to a specific type of mathematical model defined on graphs suggests a new approach that other mathematicians studying similar problems may find useful.

Fifth Place: Anaiah Thomas of Teaneck, NJ received a $90,000 award for her investigation on how the natural killer (NK) immune cells, CD56bright and CD56dim, are influenced by cancer cells – research that could one day lead to new cancer therapies. CD56bright NK cells stop CD56dim NK cells from attacking healthy tissue. When Thomas cultured these NK cells together with cancer-derived fibroblast cells that can stimulate changes in their function, she found that NK cells can switch type based on their microenvironment.

Sixth Place: Katherine St George of Merrick, NY received an $80,000 award for her study of the impact of diet and caffeine on seizures using fruit flies. A high-fat, low-carbohydrate ketogenic diet can lessen seizures caused by imbalances in certain neurotransmitters, while caffeine can increase them. St George fed her fruit flies different diets and exposed them to caffeine. She observed that flies fed a ketogenic diet were not as susceptible to caffeine-induced seizures, which may inform diet counseling for human seizure patients.

Seventh Place: Alek Westover of Belmont, MA received a $70,000 award for his creation of a new parallel partition algorithm that he demonstrated can improve the speed of certain computations. He compared the performance of his algorithm to four others previously developed, and his algorithm performed better than each of them in at least one respect. Theoretical work such as this can be used to improve many computer applications, like those that facilitate database queries, by simultaneously providing speed and robustness.

Eighth Place: Adriane Thompson of Westerville, OH received a $60,000 award for her project that identified new regulatory pathways in corn plants that may help to determine growth factors and predict yields for this vital crop. By noting where levels of gene expression changed in the main pathway that uses enzymes to turn off certain genes, she deduced which genes do not need the enzyme to maintain repression, thus indicating that they use novel pathways to regulate gene expression.

Ninth Place: Rohan Wagh of Portland, OR received a $50,000 award for his development of a bacteria-powered sensor system that can send farmers up-to-date measurements of soil moisture and nutrient conditions, which could reduce the amount of irrigation water wasted. His design includes microbial fuel cell modules as sensors and an algorithm he wrote to interpret the data and generate a map of soil conditions. He believes his system could improve water use and increase crop yields for around $100 per acre.

Tenth Place: Arjun Neervannan of Irvine, CA received a $40,000 award for his development of an AI software designed to identify hateful or toxic content (often a form of cyberbullying) online with less bias than current programs. Algorithms with built-in biases that associate toxicity with racial, gender, and other such identity terms can result in inappropriate censoring of productive discussions. Neervannan believes his scalable, automated debiasing process produces a more accurate and fair AI model.

The Regeneron Science Talent Search 2021 application is now open through November 12, 2020. Be sure to tell rising 12th grade scientists and engineers about their chance to win $250,000. Go to https://www.societyforscience.org/regeneron-sts/.