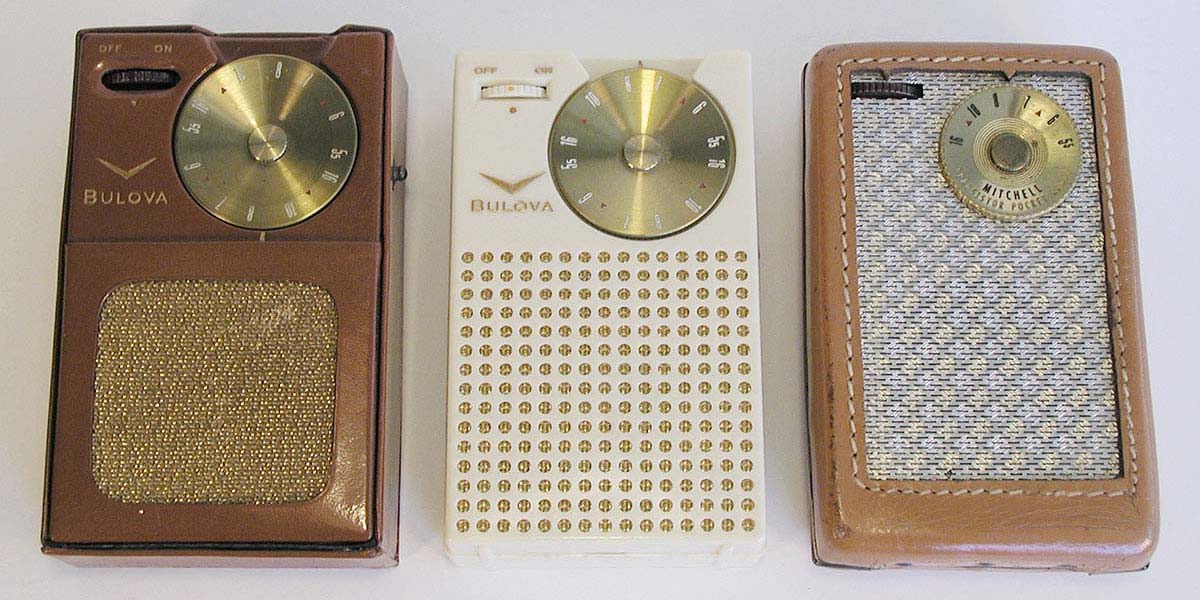 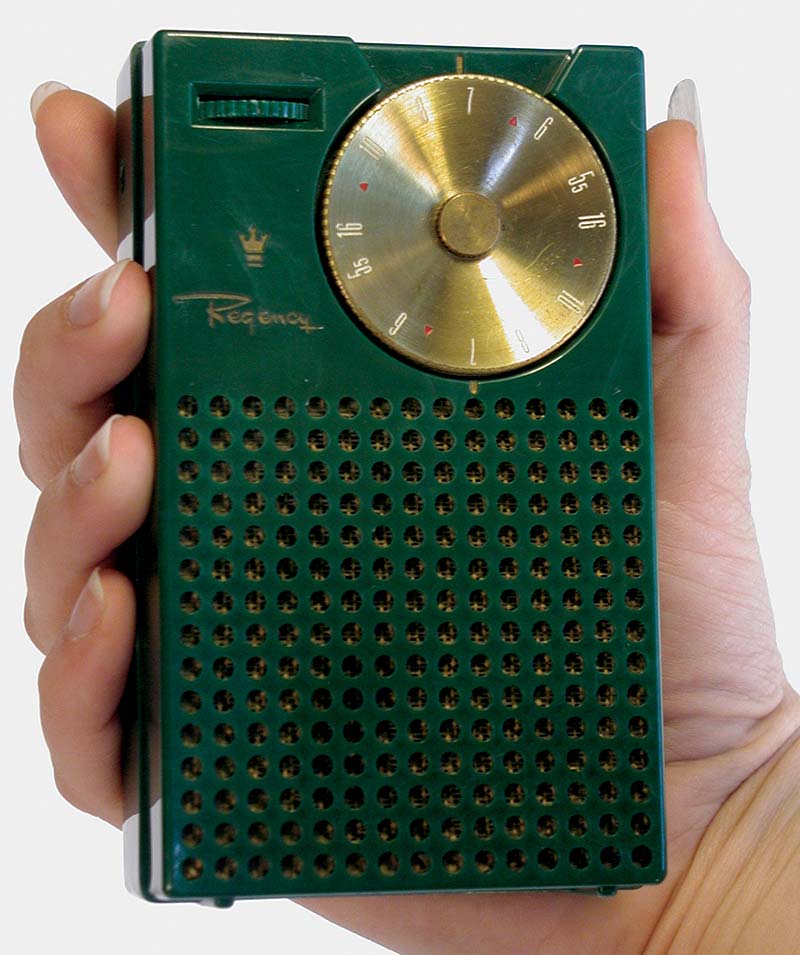 In 1954, the world was a far different place than it is now. Almost anything electronic required vacuum tubes — an invention dating back to the beginning of the 20th century that had yet to be improved on.

Vacuum tubes were the only way of performing many electronic functions — such as amplification and rectification (although the solid-state diode had appeared on the scene by this time) — but were generally limited to devices that could be plugged in. As vacuum tubes required heating by filaments to function, the current use was high.

In addition, most standard vacuum tubes were large in comparison to other electronic devices. The combination of high power use and large size meant that few practical, portable devices utilizing vacuum tubes were created. Portable, battery powered radios had been around since the 1920s, but were limited by the requirement for several battery voltages, very short life of the batteries, expense of battery operation, and size of the vacuum tubes required. As a result, few portable radios saw much use.

The transistor — a revolutionary solid-state device capable of amplification — had been invented back in 1947, but its actual application to mass-produced consumer items had been limited, as production of transistors had yet to be perfected, so their cost remained high.

Transistors offered many improvements over the vacuum tube: They were smaller, used much less power, and were more reliable. Efforts were underway to refine transistor production so that individual devices would become inexpensive enough for use in consumer items.

By early 1954, Texas Instruments (TI) had perfected production to the point that transistors became cheap enough for use in consumer items. TI decided that a portable, handheld radio offered the most mainstream application of the new technology and approached several large corporations about producing the radio they had designed using TI transistors, but companies — such as RCA and Motorola — did not believe the transistor’s time had yet arrived and passed on the offer. TI finally found a partner in a company called I.D.E.A., Inc., of Indianapolis, IN. Its main product up to that time had been a line of vacuum tube-operated television signal boosters marketed under the Regency brand name.

I.D.E.A. jumped at the chance to produce a transistor radio. The target was to have the new radio on the market in time for the 1954 Christmas shopping season. As this was only weeks away, manufacturing the Regency-branded radio had to be a true rush job to meet the deadline.

Engineers decided upon a case size for the new radio. Attempts were made to refine the five-transistor circuit designed by TI to reduce cost and ensure that the parts would all fit in the case. One transistor was removed from the circuit and — after much effort — engineers succeeded in getting all parts to fit the case. An exception was a setscrew on the variable capacitor used for tuning — it stuck out far enough that a dimple had to be machined into the case to allow the back of the radio to close fully.

The result was the Regency TR-1 and it was introduced the week of October 18, 1954, to much fanfare and press. The radio’s sleek design was due more to expediency and the desire to reduce cost rather than styling concerns. After considering various speaker grille options, the decision was made to simply drill holes in the case.

About the Regency TR-1

The TR-1 cost $49.95 — a princely sum back then. It utilized a 22.5 V battery, which — to my knowledge — was the only fully transistorized radio to ever use this battery. The radio came in six standard colors: black, white, cloud gray, mandarin red, mottled mahogany, and jade green (see Figure 1). 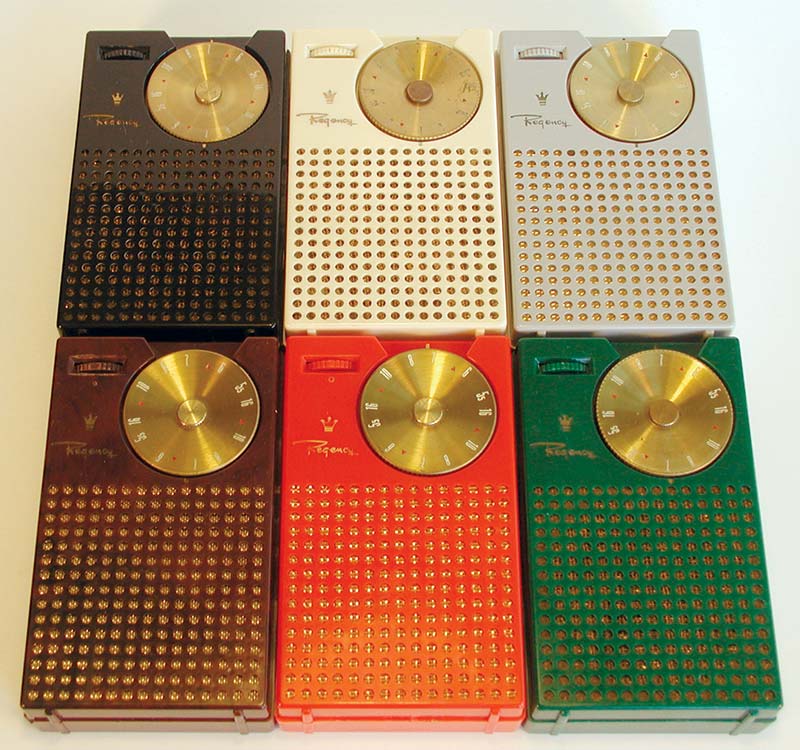 A special run of so-called “pearlescent” colors was introduced at a $5.00 premium and was quickly dropped. Apparently, consumers didn’t think spending an extra $5.00 to get a special color was worth it. These pearlescent colors are extremely rare today and are sought after by collectors.

Unlike later radios, the TR-1 did not have a coin slot for opening the case at the bottom (see Figure 2).

FIGURE 2. Early TR-1s had no coin slot to open them with.

As a result, many TR-1s were damaged inadvertently when collectors attempted to open them the way they would any other radio, potentially cracking the case. The correct way to open the TR-1 is to gently squeeze each side of the case and remove the back.

Available accessories included a leather case and an earphone. Unlike later radios, these accessories were extra cost options, with the case retailing for $3.95 and the earphone for an astounding $7.50!

The radio was designed using components of the day. The circuit is quite simple (see Figure 3), but it took up a lot of room, as the components were not the miniaturized ones we expect today.

FIGURE 3. The original circuit drawing, as shown on the patent application. Four NPN transistors were used. Note that MMF = pF.

Figure 4 shows a view of the chassis. A large, open air tuning capacitor is visible, as are the large, open frame speakers and various transformers. 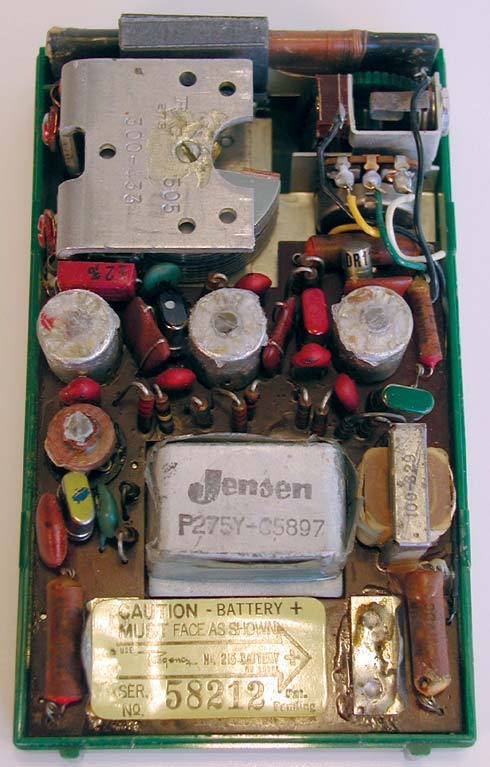 FIGURE 4.The  TR-1 chassis, showing the tuning capacitor at the upper left, earphone jack at the upper right, transistors and transformer cans in the center, with the open frame speaker and battery clip toward the bottom.

Note the oval-cased transistors. These early NPN transistors were germanium and of an early design known as “point contact.” Each one is color-coded by type as to where it was to be installed. You can also see the setscrew on the tuning capacitor that required the dimple in the case.

The tuning capacitor can be used to approximately date the construction of each TR-1. Stamped into the back of the capacitor is a three-digit number that states the week and year that the capacitor was made (see Figure 5). 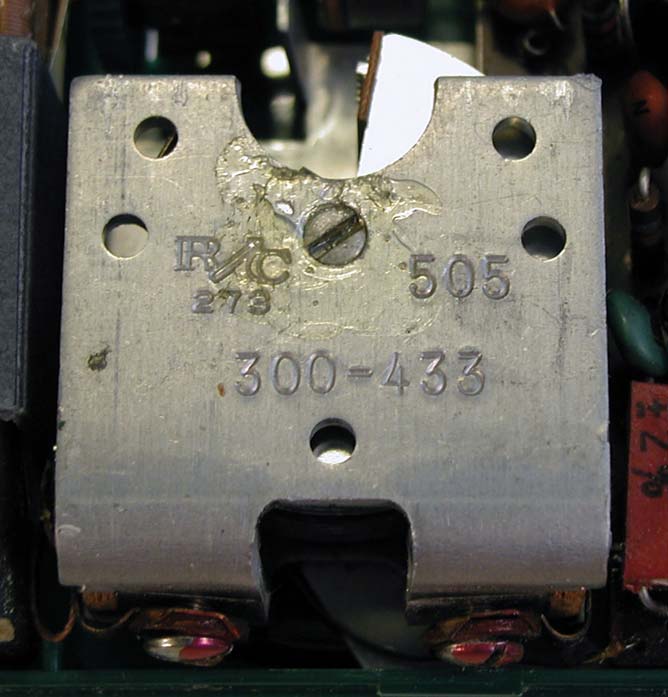 FIGURE 5. The date code for the capacitor is the number at upper right.

It can be assumed that the capacitor was assembled into the radio shortly afterward. The number is at the top right and, in our example, is “505.” The first number is the year, and the following two numbers are the week of the year. So, 505 translates to the fifth week in 1955 or about four months after the introduction of the TR-1. The serial number shown in Figure 4 reveals that almost 60,000 TR-1s had been manufactured by the spring of 1955.

When released, the TR-1 came in a simple yellow and black box. Regency quickly realized that the box could be used to advertise attributes of the radio and a new box was quickly designed (see Figure 6). 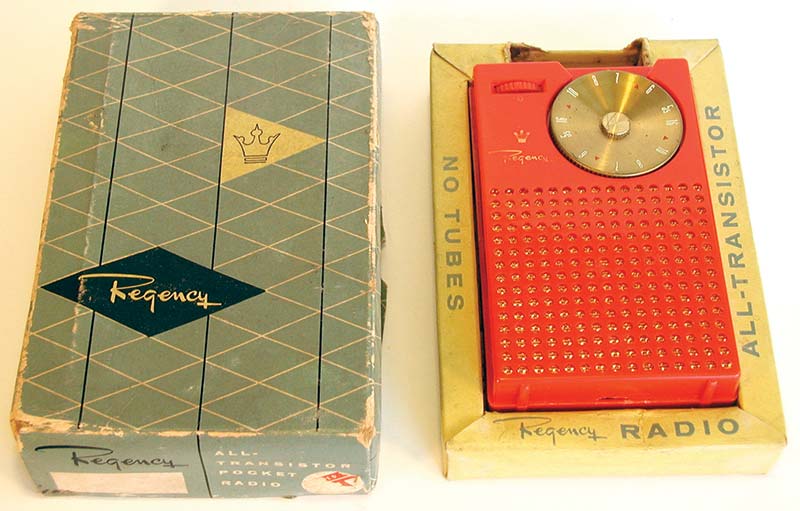 Meant to be displayed on a counter, the radio was nestled in the box surrounded by the words “No Tubes — All Transistor.” Other marketing ploys included manufacturing TR-1 radios with clear backs to demonstrate the solid-state nature of the radio (see Figure 7). 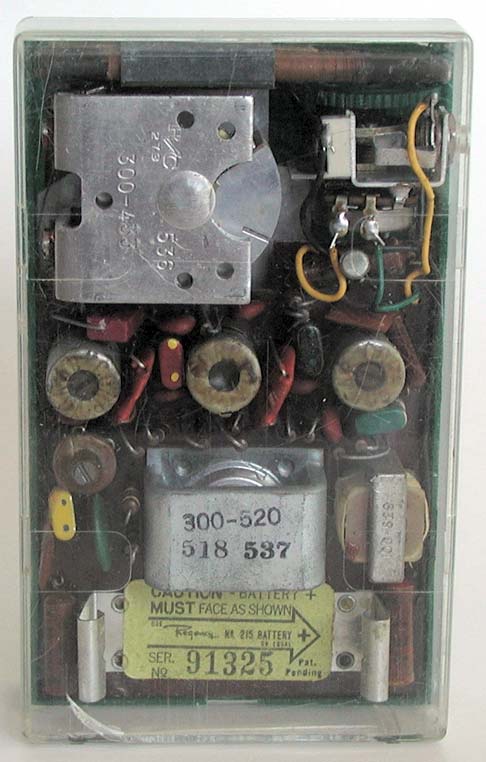 FIGURE 7. Clear backed TR-1. Note that the clear case has the dimple ground in it, even though the tuning capacitor no longer has the setscrew.

A few completely clear models were also made. These demonstration models are extremely rare today.

The TR-1 was a tremendous sales success, even though Consumer Reports derided it for poor sensitivity and sound quality. Other manufacturers, astonished by the marketing success of the TR-1, quickly began making their own radios. Some makers — like Bulova and Mitchell — decided to market the TR-1 under their own names and, in some cases, new packaging (see Figure 8). 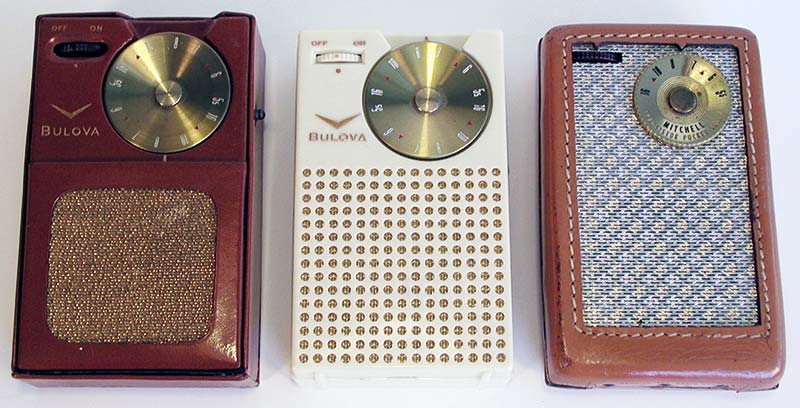 These radios used an identical chassis to the TR-1, but all lacked the earphone jack. All of these “clones” are more rare than the original TR-1.

Beginning in 1955, a flood of American-made radios began to hit the market. Even Japan was getting on the bandwagon. Sony Corporation produced its first transistor radio — the TR-55 — in 1955, but it was not marketed in the US. The first Japanese radio to hit US shores was the Sony TR-63 in 1957. Japan, with its lower manufacturing costs, quickly dominated the market. US radio manufacturers held on for a few years by moving production to Japan, but most had given the market up by the early 1970s.

The impact of the transistor on our everyday lives cannot be overstated. Their use in portable radios made broadcasts much more accessible and less costly, in addition to making them far more mobile. As a result, in ever-greater numbers, these devices were purchased for and by children — and retailers soon realized they had children as a major audience. Music evolved as younger listeners came to dominate radio audiences.

Soon, the transistor carried over into virtually every product that used tubes. Portable televisions soon appeared and, as time went on, increasingly sophisticated electronics using transistors became available to the average consumer. Audio gear, televisions, appliances, and — eventually — computers and cellular phones were mass marketed. Today, virtually no electronic device is built without transistors. These devices have become ever smaller, with the average dime-sized computer CPU chip containing millions of them!

Collecting early transistor radios is a fun hobby. TR-1 radios are not inexpensive (examples of the standard colors, in good condition, can sell for anywhere from $200.00 on up), but one can easily begin collecting radios that are priced from a dollar or so. So many different models have been made since 1954 that no reference even attempts to list them all. Virtually every collector chooses a field of specialization based upon his or her interests.

For example, many collectors focus on something called “Boys’ Radios.” These radios — which contain two transistors or less — were a Japanese invention to get around the high import tariffs charged on radios by the US. Any radio with less than three transistors was classified as a “toy” and so was taxed at a much lower rate. These “Boys’ Radios” can have some very enchanting designs.

Several reference books on the subject are available; see the resources list. There are also many fine websites on the Internet devoted to radio collecting and they can supplement reference books because there are usually many photos of models.  NV

Sarah Lowrey has been an avid radio collector since childhood. She has devoted her energies to a website about her passion, transistor radios. Sarah's offricial website is no longer live, but can still be viewed from the Internet Archive at https://web.archive.org/web/20160112162549/http://transistor.org/.