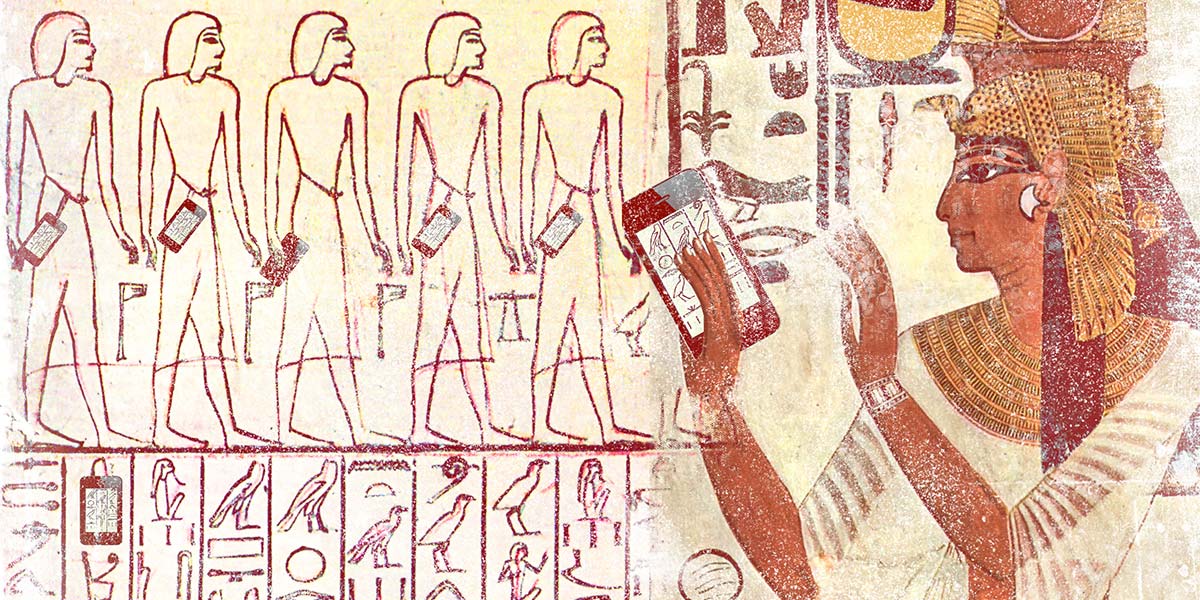 Whatever Happened to these Wireless Technologies?

There are dozens of wireless or radio standards with different combinations of spectrum, modulation, and service. Some have survived and others have faded away. Those that have survived are well known like Wi-Fi, Bluetooth, and 4G LTE cellular. Wireless technology continues to change. Recently, I was curious about what changes have transpired over the past several years. Some new standards have been added like 5G and 802.11ax or Wi-Fi 6, but what standards or services have disappeared? Here’s my list of “forgotten” wireless technologies.

Remember this one? WiMAX is short for Worldwide Interoperability for Microwave Access. It was introduced back around 2005. Its major claim to fame is that it was one of the contenders for the fourth generation of cellular technology.

For several years, the debate raged over what was better: Long Term Evolution (LTE) or WiMAX. Both use the UHF and microwave frequencies and OFDM modulation. WiMAX had an official IEEE standard number 802.16. LTE did not. WiMAX used a time division duplexing (TDD) scheme while LTE was mainly a frequency division duplex (FDD) access method, but it could do TDD as an option.

The debate went on for years, but eventually the Third Generation Partnership Project (3GPP) — the group that develops and certifies the cellular standards — decided on LTE. Today, LTE is widely implemented and used on our smartphones. WiMAX dropped out of site. However, it did not die.

WiMAX is still around as a fixed wireless broadband service. It has been adopted in some new applications like the Aeronautical Mobile Airport Communications System for improving the connections between planes and the air traffic control center, and its use in the smart power grid.

WiMAX is considered a “last mile” wireless technology from some service provider. For example, in many rural areas without cable or DSL Internet service, WiMAX provides a connection. It was designed to use the low microwave bands (<6 GHz) and can deliver 30 to 40 Gb/s data rates.

Today, the standard has been updated and it can now produce 1 Gb/s rates. Anyway, WiMAX is still alive and well, but will soon have to compete with 5G when it hits next year. For more details, go to the WiMAX Forum at www.wimaxforum.org.

Most people have never heard of High Definition Radio. It was introduced back in the 2004-2005 period. This is a proprietary standard developed by iBiquity. It uses an OFDM signal to transmit the same content as your local AM or FM radio stations.

A special voice compression technique is used to squeeze the higher sound frequencies into the narrow radio bands. However, the digital format provided some benefits such as a wider frequency response on the audio and some fade and noise protection to AM on long-range reception. It’s an odd technology as the HD digital signal overlays the regular analog signal and occupies more bandwidth than the analog signal. The big downside was that you needed a special HD radio receiver to get the digital signal. A few radios were developed and sold, but they were never popular. They were relatively expensive and many listeners said they couldn’t tell the supposedly better digital signal from the analog signal.

About the only real different feature was a station’s ability to offer one or more multiplexed channels on the OFDM signal. It was like giving each station another whole 24/7 programming place for unique coverage. Many stations didn’t go for it because it was very expensive to add the HD hardware (like over $100,000).

I did buy an HD radio. I’m not sure I could ever tell the difference between the digital and analog versions. Yes, HD radio is still around. Most new car manufacturers offer an HD standard or option in their standard dash AM/FM radio. There are also many aftermarket HD radios you can buy. It’s a cool and complex technology that is probably not going anywhere.

One of the most popular cell phones of all time was the so-called flip phone. (Remember the widely popular Motorola Razr?) Many thought it was cool to flip it open. As for the 3G, this third-generation digital cell phone technology used a form of direct sequence spread spectrum called wideband code division multiple access (WCDMA). A second version called cdma2000 was also used.

The flip phone virtually disappeared when the Apple iPhone became available in 2007. In addition, 4G LTE technology was rolled out, sending 3G to the background. Such cell phones are still in use as the cellular carriers still support 3G. The flip phone never went away completely and is coming back as the hinge and screen technologies have evolved. Several manufacturers of smart phones are testing modern large color screen models with the hinged flip feature.

During a family discussion, several of the older people got to talking about CB, or Citizens Band radio. One of the younger family members asked “What is CB radio?” I guess it’s an old technology having first become available in the early 1960s. It’s a short-range voice radio standard that operates with AM or SSB on the 27 MHz band.

Forty channels have been allocated to accommodate lots of users. Back in the 1970s, CB became a popular two-way radio service where anyone could communicate with anyone else. A noticeable accessory was a long magnetic mount CB radio antenna on the trunk of the car and a CB radio under the dash.

It’s still popular with the long-distance truckers who use it to exchange information about traffic, weather, accidents, and radar traps. It was also a good way to contact the highway patrol since they monitored channel 9 for emergency situations.

Well, surprise. CB radio still exists too. With the introduction of the cell phone, CB radio more or less went away, but you can still buy one and use it. Handheld units are available for emergencies and some truckers still do use them.

For personal communications, most individuals now use the Family Radio Service (FRS) with small low-power handheld radios for short distance communications in the 462-467 MHz bands. That’s a whole other story.

I’m not kidding. Some people have never heard of AM or think it went away. One acquaintance recently asked, “Is that still around?” Yes, it’s still around. Most people who listen to it want local news, weather, and traffic info. Opinion talk radio still uses AM. Most of that listening is done while driving in a vehicle. The younger crowd listens to FM and to satellite radio, or stream music on their phones.

AM is an old amazing technology. It operates in the 530 kHz to 1710 kHz band. Signals don’t travel far during the daylight hours; only about a hundred miles tops. But at night, the sun goes down and the ionosphere rises, creating skip conditions that allow the signals to travel hundreds — even thousands — of miles.

At night, you can receive AM stations from across the country. There are quite a few 50 kW AM stations active, and they can be heard all over the US. It you’ve never done so, try listening at night on a good AM radio. Tune around and be amazed at what you can get.

AM radio has been on the decline for years as more advertising goes to the Web and less to radio. There are only about 4,600 AM stations left in the US, but AM is still used and is a real backup support technology during storms and other emergencies.

Shortwave (SW) is that part of the spectrum from 3 to 30 MHz. It’s shared by multiple services including ham radio and CB and is also the region where international broadcasting occurs. The most active frequencies are in the 5 MHz to 19 MHz range.

SW signals travel around the world, so if you want to get the word out, try SW broadcast. It too uses AM at high power. Tall antenna towers spread the signal around the world. While SW still exists, it has been in decline for years. However, it is still possible to listen in on an SW receiver to broadcast stations across the world.

One of the big problems with AM and SW radio is the noise level. Over the years, background noise levels have significantly increased. This noise produced by appliances, power line glitches and pulses, fluorescent lights, lightning, electronic power supplies, and other stuff has increased over the years and masks weak signals and generally interferes with most signals. The noise comes from increased use of electronic equipment, electrical appliances, etc. These sources of electromagnetic interference (EMI) are gradually overwhelming radio signals in the AM and SW bands.

Part of the solution to the noise problem is to use digital modulation methods. HD radio was an attempt at this. Digital signals do better than analog signals in noisy environments. I supposed there was never enough compelling content to make you go back to it.

The SW broadcasters tried the digital route a few years ago with Digital Radio Mondiale (DRM). This is a technology like HD radio that uses voice compression and OFDM to squeeze the signals into the narrow channels used in AM and SW. Like HD radio, a special receiver is needed to hear DRM.

Not too many are interested. The Digital Audio Broadcast (DAB) radio system used in Canada and the UK is fairly popular. It operates on the VHF frequencies (174 to 239 MHz). It appears to be doing well.

White space is that part of the spectrum from about 54 to 698 MHz that was used by UHF TV. UHF TV got new channel frequencies in another area, but that left many 6 MHz wide TV channels unused. These blank channels are the white space.

The general proposal was to use these channels for unlicensed wireless services for data transmissions in the Internet of Things (IoT) arena. Multiple standards were developed for the white spaces (a version of Wi-Fi called 802.11af, 802.22, and some proprietary standards like Carlson) but few — if any — have actually been widely implemented.

Part of the problem is that this was to be shared spectrum. Therefore, technology like cognitive radio must be used to ensure that stations do not interfere with one another. It’s a complex, expensive, and off-putting process to design and activate a service.

Activity in the white spaces is still possible but only a few seem to even know about it or take advantage of it in a so-called spectrum shortage situation.

Over-the-air (OTA) TV is what you get from a TV station’s high power and big antennas. It’s the way we all used to get TV. Today, most people get their TV from cable or from a satellite system like Dish or Direct TV. However, more viewers are ditching cable and satellite TV for streaming TV from Netflix, Amazon, Hulu, and others over their cell phones or home Internet access systems. You can still get OTA TV directly by wireless transmission.

OTA TV is high definition digital so the picture quality is excellent. All you have to do is put up an outdoor antenna or buy a good indoor antenna and hook up your TV. Most metro areas still broadcast the main networks like ABC, CBS, Fox, NBC, PBS, and CW. It’s still there and free, but not including what a good antenna will cost you. Get one of the new amplified antennas for best results.

The number of households cutting out the cable expense and adopting OTA TV has grown yearly. It’s estimated that about 20% of US households are using it.

In summary, we can probably agree that radio standards and technologies generally don’t go away completely; they fade over time as fewer people use them. Why? Because newer, better standards and services have come along to replace them. What “retro” wireless device do you still use?  NV