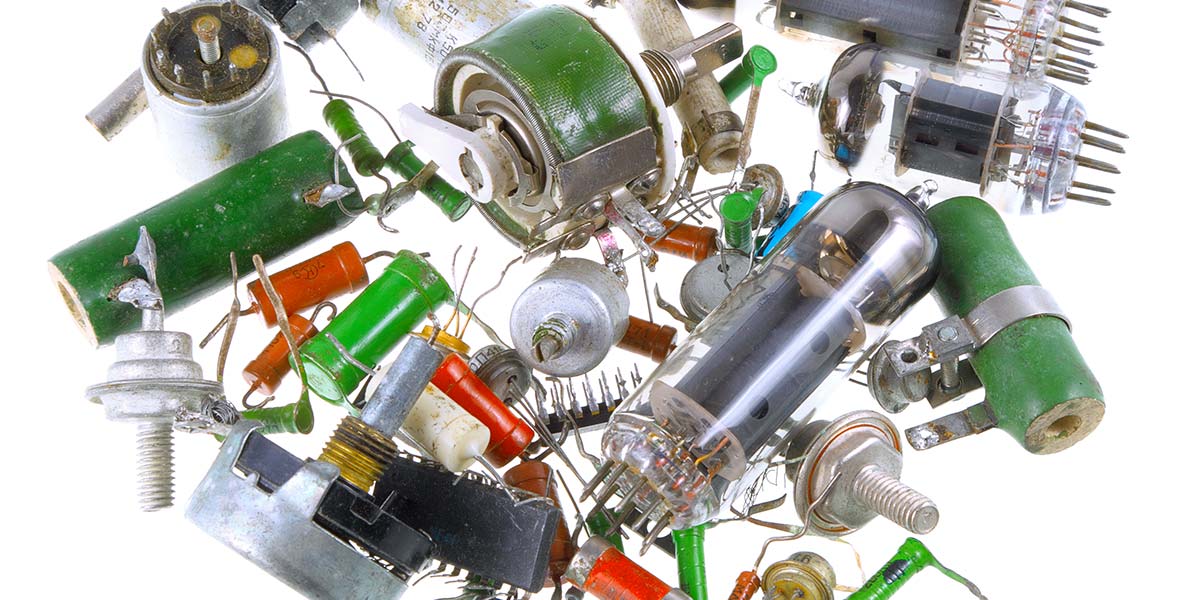 When It Comes to Vintage Restoration, Beware of NOS

Restoring a vintage tube-type radio is an art that demands attention to detail. The last thing anyone wants is a Franken radio that plays wonderfully but is stitched together with parts from different eras and different models.

One school of thought is that the best way to maintain the purity of a specimen is to limit repair parts to New Old Stock (NOS) intentionally manufactured for a particular radio. However, based on my experience with vintage restoration — which I’ll define as vintage radio repair of units 50+ years old — the NOS approach to restoration is no guarantee of success. In fact, in many situations, it’s a recipe for disaster.

Next on my list of NOS components to avoid at all costs is selenium rectifiers. They’re all ticking timebombs — in-service or not. Avoid NOS replacement selenium diodes.

The best action in any radio restoration project is to immediately replace all selenium diodes in your radios with silicon diodes. You may have to reduce the resultant voltage with a resistor, zener diode, or MOSFET circuit, but that’s a small price to pay for insurance against catastrophe. Think massive short circuit followed by a skunk attack.

All component values drift over time, whether in-circuit or in a drawer. Wax paper capacitors are particularly susceptible to loss in capacitance and increase in series resistance. Oil capacitors develop leaks; again, in the box or in-circuit. Although NOS tubes demand a premium, I’m convinced that contacts corrode faster when not plugged in. I’ve spent hours sanding down pitted, corroded contacts on NOS tubes.

PVC parts stored in closed boxes do far worse than parts attached to a radio stored on a shelf or in the attic. Plasticizers in PVC are subject to off-gassing, in which the remaining plastic becomes brittle but with a sticky surface that attracts dust. As such, avoid NOS PVC parts. Similarly, pots and switch contact surfaces can oxidize from lack of use.

One reason to avoid NOS components is that they’re often more expensive than modern replacements. Another is that modern stock is simply better. For example, modern capacitors can be smaller for a given value and voltage rating; they often have lower series resistance; and they are less susceptible to electrical coupling to adjacent components.

Similarly, modern resistors are smaller and more precise than their vintage counterparts. Today, 1% tolerance is typical for resistors — compared with 10% or worse for vintage resistors.

So, is the bottom line no NOS? Of course not. There are significant exceptions. For example, some equipment simply doesn’t perform to spec with modern components. Take my Hickock 600a tube transconductance tester.

When I replaced the two tubes with solid-state equivalents, the tester ran cooler, but I couldn’t calibrate it to spec. There was just something about the interaction of the tubes under study and the pair of tubes in the tester. Those tubes are no longer manufactured, so it’s either go with a NOS pair or a pair pulled from a working circuit.

Then there are those pesky front panel lamps that take up to an hour to change. Even though I have a supply of #57 and similar lamps on hand, I always replace the lamps with LED equivalents. The LEDs are brighter, whiter, draw less current, and should last tens of thousands of hours. As a result, my radios run cooler. I’ve never had to replace an LED bulb.

Before your next restoration project, think twice before you dive into the often frenzied, hyperinflated world of NOS. Is it really worth the expense and effort involved? I think you’ll find that you have many alternatives to NOS worth considering.  NV