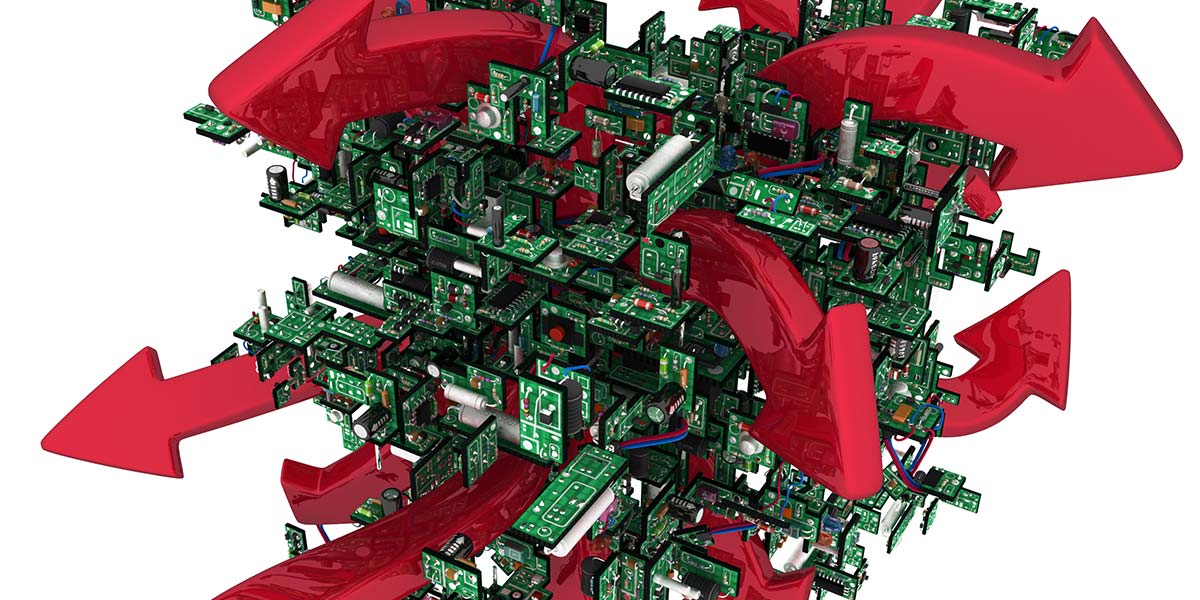 As part of my series on rejuvenating vintage tube radios, I picked up a “parts only” Drake 2B ham band receiver from eBay. The ‘60s era receiver was a great find — complete with an external Q-multiplier — but lacked the optional onboard crystal calibrator board. The calibrator board generates a 100 kHz signal on the HF bands that can be used to reposition the front panel analog display so that it accurately displays the operating frequency.

After several months of unsuccessfully searching for a crystal calibrator board, I opted to purchase a solid-state replacement board from the HeathKit shop. I wanted an all-tube solution, but the modern replacement is not only inexpensive ($35), it works. The developer, Mike Bryce WB8VGE, is a fellow ham and contributor to Nuts & Volts.

Although I couldn’t be happier with the board, I couldn’t help notice that the small 2x3” board had more tech on it than the Drake 2 platform. The Drake 2B sports 10 tubes, a half dozen crystals, and a dozen transformer cans. The original oscillator board is designed around a single pentode, a 100 kHz crystal, a handful of capacitors, and a half dozen resistors.

The solid-state board, in contrast, has a crystal oscillator element, two ICs, several diodes, three transistors, and a dozen capacitors and resistors. The board is clean, SMT parts are aligned and labeled, and solder connections are bright and free from flux. Moreover, Mike supplies both a schematic and a parts layout map with his calibrator cards. That said, I can’t tell you how it works. I can, however, tell you how the single tube oscillator works, and I know that I can repair it without a schematic.

What happened in the 60 years since the introduction of the Drake 2B? Why is that engineers in the ‘50s and ‘60s could take a dozen tubes and a few dozen fixed components and come up with a receiver that today requires perhaps a thousand active junctions and several hundred lines of code?

From the perspective of 50 years in ham radio (the Drake 2B was my first ham radio receiver), what is the benefit of the exponential increase in hardware/firmware complexity?

Certainly, on paper, the specifications are often better. The modern calibrator is probably good to within several Hertz — not that I can make use of that greater accuracy.

Note that I’m not talking about the obvious benefits of reduced power requirements of solid-state components, including greater possible component density. What I’m talking about is the complexity — extra circuitry if you will — of modern equipment and electronic design. In most cases, I don’t see the benefit.

Assuming I’m not alone in this perspective, why has complexity marched on incessantly since before the discovery of the transistor? I think that it’s part of our culture of constant improvement. As with software, there’s always the next version which will have a handful of features requested by a few users. Eventually, there is feature bloat, and no one is capable of operating — much less maintaining — the ever more complex devices.

My suggestion? Put the feature bloat culture on a diet. Imagine the marketing materials touting fewer features on the next version of a receiver or microcontroller board. How about touting low numbers of active components? Remember the first transistor radios? They would boast about the number of transistors in the radio, implying — incorrectly — that the more, the better. As an educator, I can also tell you that simplicity always wins over complexity when the goal is teaching circuitry and software.

So, what do you say? Can you make the next version of your favorite circuit less complex? Just as QRP (low power) operation addresses the FCC guideline to use the minimum power necessary to support communications, develop your own guidelines to make your circuits with the minimum complexity capable of supporting the functionality you need.  NV