In a previous column you made the statement: "... the circuit operates at 1.25 MHz, so be sure to use ... good quality capacitors — ceramics are preferred." Could you say a few words about how to tell good quality from bad in a capacitor, and give a little instruction about how to select from the various types, such as ceramic, polyester, silver mica, polypropylene, and tantalum?

Judy May
via Internet

I wish I could say a few words that would define capacitors, but it can't be done in the limited space I have. So I'll just have to do the best I can. Basically, a capacitor consists of two metal plates separated by an insulator. It is the insulator (dielectric) that determines the type of capacitor and its properties.

An aluminum electrolytic capacitor is constructed by using two strips of aluminum foil (anode and cathode) with paper interleaved. This foil and paper are then wound into an element and impregnated with electrolyte. The electrolyte (which can be either liquid or solid) forms a very thin layer that puts the plates in close proximity, resulting in very high capacitance in a small package. In newer electrolytic designs, the electrolyte serves as the second electrode. Since the oxide layer used to form the plates has rectifying properties, an electrolytic capacitor has polarity much like a leaky diode. Electrolytics also have rather high leakage currents (which increases with temperature) and poor high-frequency response, which usually limits their applications to off-line power supply filters.

Tantalum capacitors are a special version of the electrolytic. Its dielectric is sintered tantalum powder that is formed under high pressure and temperature. This produces a fairly stable electrolytic with a solid dielectric and leakage currents that are lower than aluminum electrolytics. Because of a shortage of raw tantalum ore, niobium is increasingly replacing the element as a dielectric. For power signal wire and power plane decoupling in digital electronics, tantalum, and ceramic capacitors are considered the best solutions.

The term ceramic capacitors covers a large group of capacitors. Ceramic generally refers to an inorganic polycrystalline material that's formed by sintering the compound at high temperatures. Their properties may vary widely, but they all have the oxide ceramic dielectric in common. By means of special production methods, extremely thin layers of ceramic materials can be obtained, leading to high capacitance. Ceramics can compete with electrolytic capacitors in high-frequency applications like switch-mode power supplies because of their lower ESR, and are commonly found in RF applications. However, ceramics are not suitable for all applications due to their "strange" effects, like changing capacitance with bias voltage and temperature. In fact, ceramic capacitors are often tailored for specific temperature curves (both positive and negative temperature coefficients) for use in RF circuits. 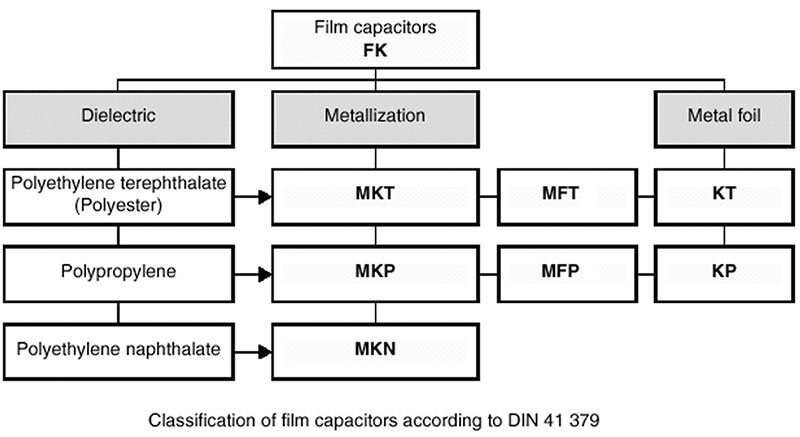 Film-foil capacitors are made of alternating layers of plastic film and metal foil, while metallized film capacitors have the metal vacuum deposited directly on the film. In general, film-foil is better at handling high current, whereas metallized film caps are much better at self-healing. The plastic film's main virtues are low leakage, good breakdown voltage, and low dissipation factor.