Does Anybody Know What Inductance It Is?

I’m thinking of connecting a potentiometer in series with an inductor, then injecting a sine wave of a known frequency. Now, if I use an oscilloscope to observe the waveform across the resistor on channel A and the inductor on channel B and adjust the pot until the two are 45 degrees out of phase, would the value of the resistor be equal to the inductance?

You can use your oscilloscope arrangement to determine the 45-degree point, but it’s hard to eyeball that exact angle by comparing channel A to channel B. A better solution would be to compare the two signals using Lissajous patterns.

In this arrangement, one signal is placed on the vertical input and the other on the horizontal input, as shown below. A Lissajous pattern of 45 degrees is halfway between a straight line and a circle. 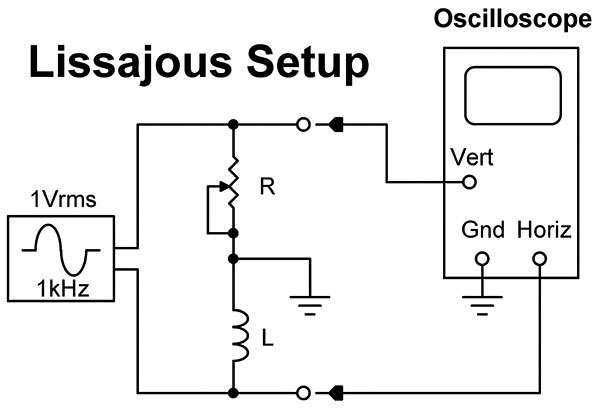 Don’t have an oscilloscope? You can still measure inductive (or capacitive) reactance using a DMM on the AC range, as shown below. Adjust the pot until the voltage across the pot and inductor are equal. Plug the values into the equation — and, vióla! 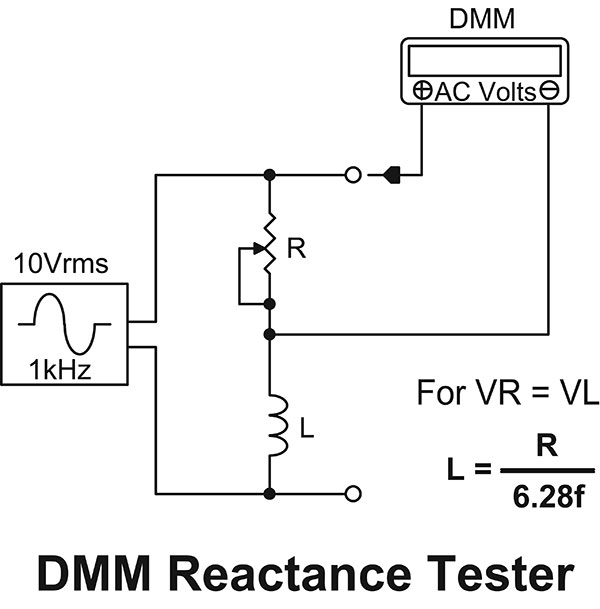