As you may know, dual gate JFETs/MOSFETs have been phased out, and those that can be found are very expensive. Somewhere I have seen a circuit that duplicates, say a 3N201 or a 40573 being used as a mixer in a receiver, using two MPF102s. I would appreciate a circuit, if possible.

I was not aware that dual gate FETs were being phased out. I think it is that thru-hole parts are not in demand because the electronic world is going to surface-mount. I found three dual gate MOSFETs presently available: BF1211, BF908, and BF991, all in SMD packages.

A mixer consists of a non-linear device which handles two signals of different frequency. The output has the original two signals plus the sum and difference frequencies. A filter is required at the output to select the desired frequency, usually the difference frequency. A diode makes a good mixer but the best you can do is -6 dB gain from RF input to IF output. An XOR logic gate can also be used as a mixer within its frequency range. 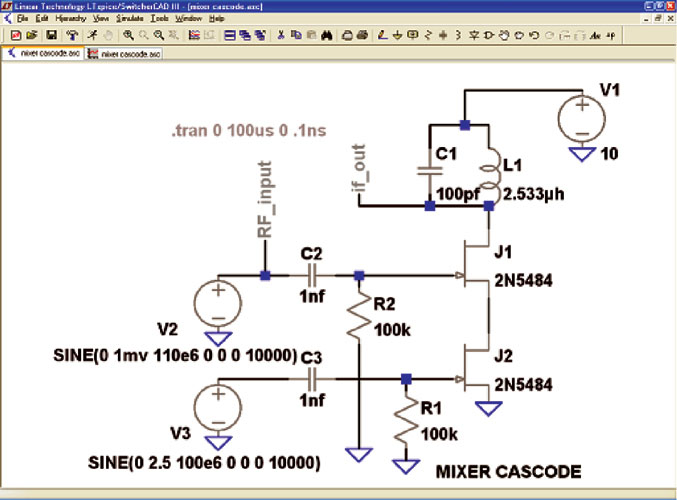 Your request for a two transistor circuit brought a cascode circuit to mind, so I threw together the circuit of Figure 1 in the LTspice simulator. The RF input to J1 is 2 mV peak-to-peak at 100 MHz; the local oscillator (LO) input to J2 is five volts p/p at 110 MHz. The output circuit is tuned to the difference frequency of 10 MHz. Figure 2 is the output signal. The 10 MHz is about 70 mV p/p, a gain of over 30 dB. The LO output is significant, more filtering is needed. 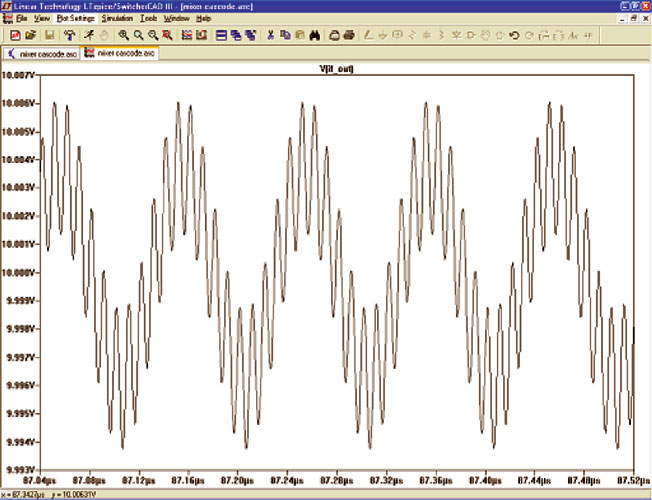 A single transistor can be used as a mixer and oscillator at the same time, but the problem is that a strong RF signal can “pull” the LO off frequency, causing increased interference and reduced gain. This problem increases as the RF and LO signals get closer together. 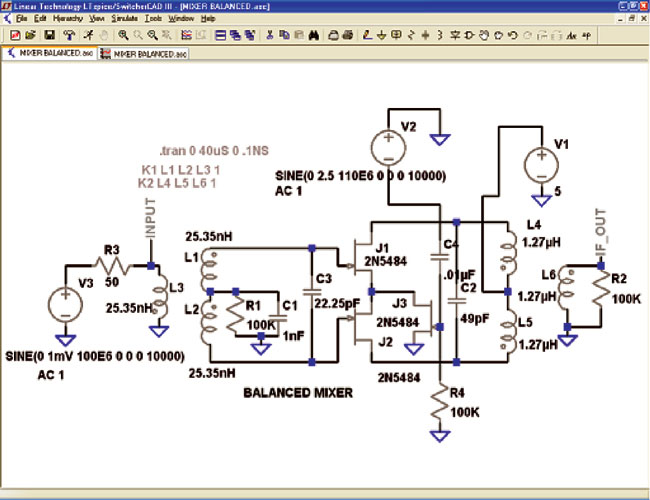 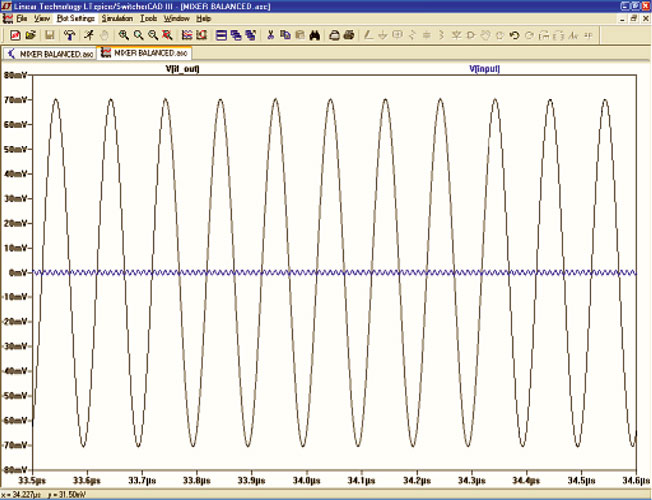