But I don’t think this is the answer you’re looking for, because I assume you want to turn this AC into DC. The DC current output is determined by the configuration of the rectifier circuit — of which there are three:

Refer to the diagram for the following discussion. The advantage of half-wave rectification is in its simplicity — one diode and a capacitor. They are generally viable only for power supplies of one-half watt or less, and require more filtering than full-wave rectification. 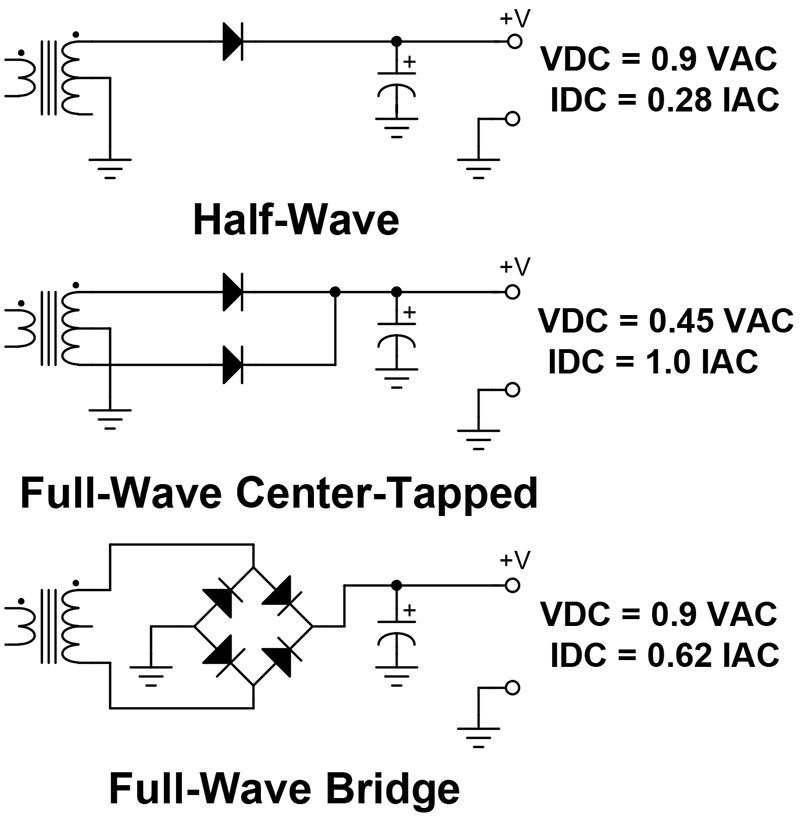 Why? Because of the surge current required by the filtering capacitor. Transformers are not ideal and have an internal impedance or “regulation” characteristic. As the load increases, the output voltage decreases. Consequently, the transformer current must be sufficient enough to overcome the extra current imposed by the charging capacitor. A way to eliminate this requirement is to insert a filter choke in series with the line to the filter cap. Doing this will let you use the full potential of the transformer’s current rating — at the cost of an extra inductor and added space.