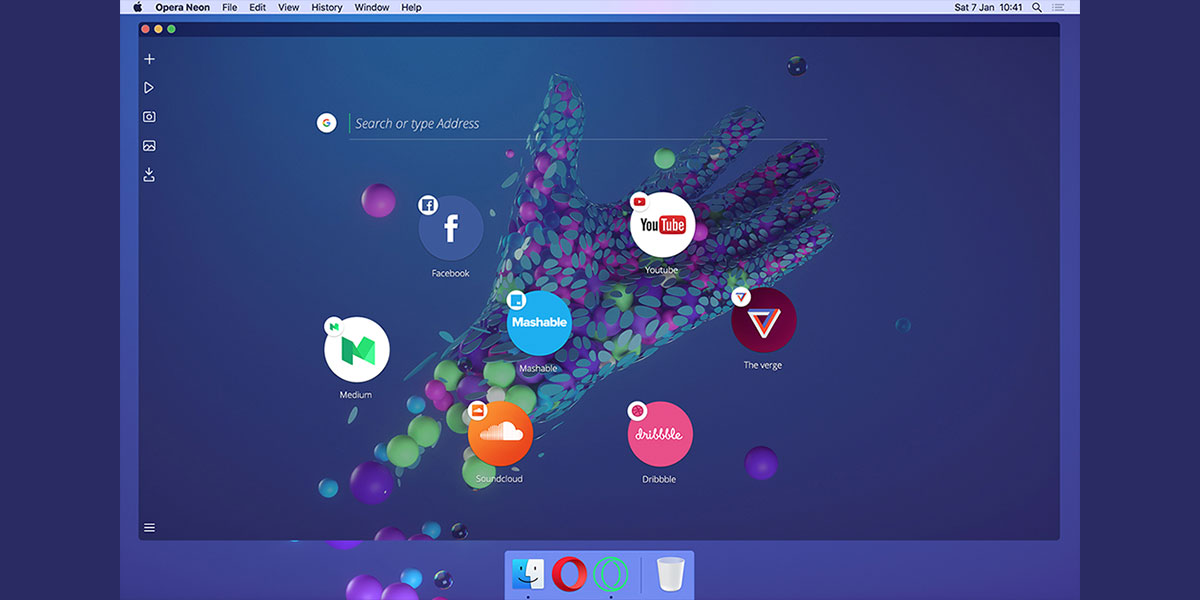 A Night at the Opera?

Over the years, many of us have been tempted (or hounded, in the case of Google Chrome) into trying a browser other than the one we’re used to. In many cases, the old won over the new because: (1) It is too much trouble to reset all your passwords and favorite sites; and (2) All browsers are pretty much the same, anyway.

Somehow, the Opera browser has survived even though it commanded a paltry 1.33 percent of the market as of 2016. Recently, the folks at Oslo-based Opera AS (www.opera.com) introduced the Neon browser, which seems to be worth a try. It isn’t really revolutionary, being built atop the same engine as the old one. However, it is “designed to allow users to focus on the most important part of the Internet: the content. Opera Neon will provide users with fun ways to interact with web content, including the ability to drag and push things around, and even to pop content out from the web.”

Most obvious is the user interface, which spreads icons of your favorite sites over the display window instead of in little lists on the periphery. It comes with a built-in ad blocker, plus the left sidebar includes a video player, image gallery, and download manager. It also features a video pop-out that lets you watch videos while browsing other pages, and a split-screen mode that allows two pages to be viewed simultaneously.

In addition, in a trial run on my machine, site access was noticeably faster than with Firefox or Safari. Neon is still a “concept browser,” so rather than replacing the current one, Opera will just incorporate some of its new features into the flagship browser. Windows and Mac users can give it a try for free by linking to www.opera.com/computer/neon.