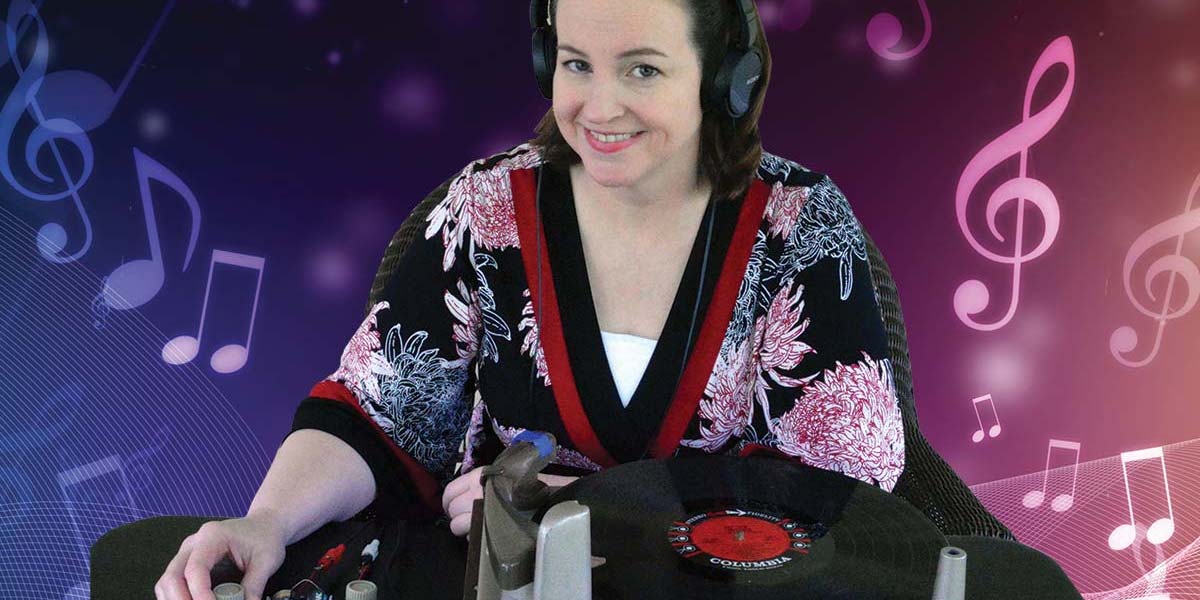 There are situations where a low output impedance to headphones is required. This article discusses three different versions of headphone amps to fit your particular application: a stereo amp controlled by the power line; a battery-operated mono amp for a crystal set; and a battery-operated amp for a ceramic cartridge.

A headphone amp is a relatively low-powered amplifier that raises the low voltage audio signal from a source device (be it a turntable, PC, or smartphone) to a sufficient level such that it can be converted (or transduced) into sound waves by the speakers inside your headphones.

When do we need a headphone amplifier? There are situations where a low output impedance to the headphones is required.

Modern Mylar diaphragm headphones have an impedance of about 100 ohms. Though some Mylar headphones are very expensive, they can be found for as little as $5. Devices with line outputs require an amplifier to drive the headphones. This includes a CD deck, DVD deck, cassette tape deck, computer output, and any other device with line outputs.

If you plug headphones into a line output, you’ll hear something, but there won’t be enough power to properly drive the phones. Also, there may be distortion due to the heavy load on the output. You could use an amplifier that is intended to drive a speaker. However, such amplifiers are relatively large and cumbersome for use with phones. Also hum and noise may be heard in the phones which is not noticeable on speakers.

Where line outputs will easily drive a 10K ohm input, there are situations where the input to the headphone amplifier needs to be larger. One such application is a crystal radio.

Traditionally, crystal sets were connected to headphones having an impedance of around 4,000 ohms. With this impedance, the loading on the crystal set was low enough that the set could achieve reasonably narrow bandwidth. Such headphones are no longer available except at a high price as antiques.

A Stereo Amplifier Controlled by the Power Line

This first of three headphone amplifiers utilizes two LM386 audio power integrated circuits. The chips are designed to supply 300 milliwatts to speakers. The input impedance with the specified volume control is 10K ohms. This amplifier is ideal for connection with line outputs. 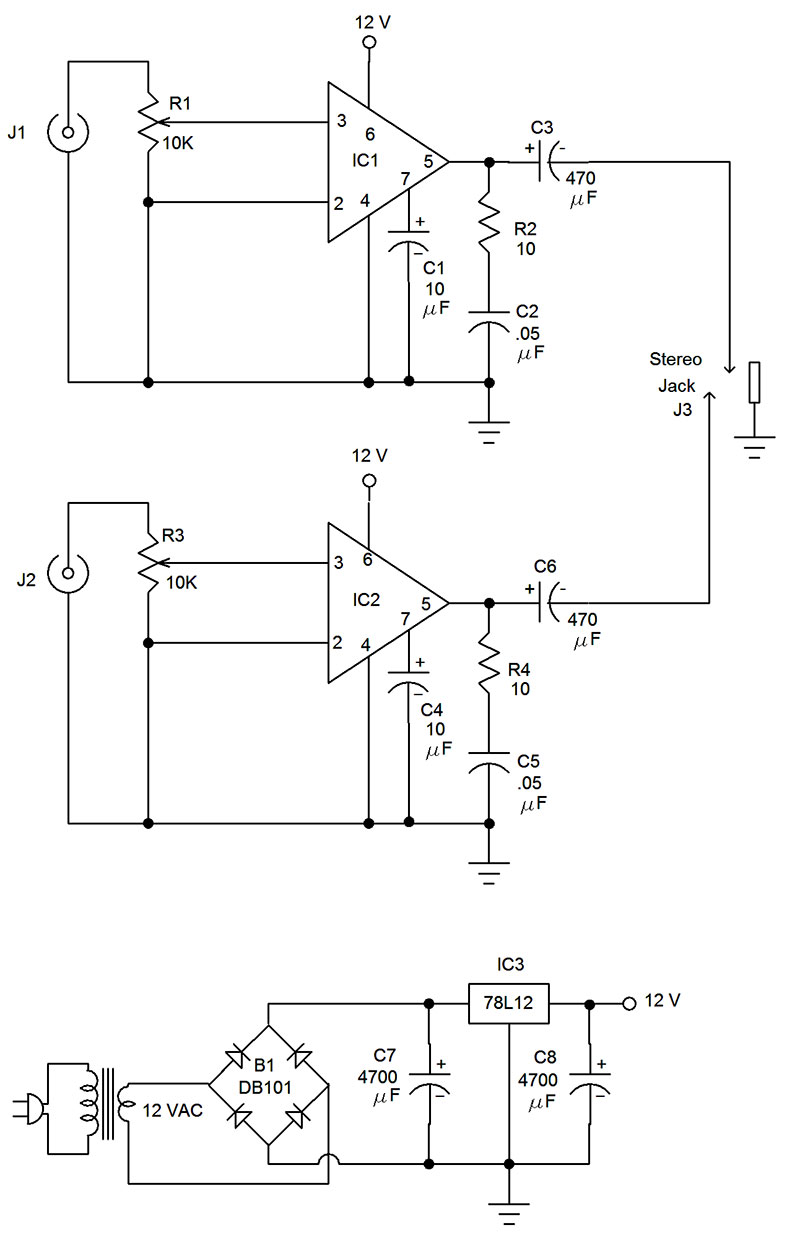 FIGURE 1. Schematic and part list of the LM386 stereo amplifier.

The completed circuit is shown in Figure 2.

The printed circuit board (PCB) pattern is shown in Figure 3 along with the parts placement guide in Figure 4. (PCB pattern files are included in the downloads.) This amplifier is powered by a 12 volt transformer. This obviates the need to replace batteries. 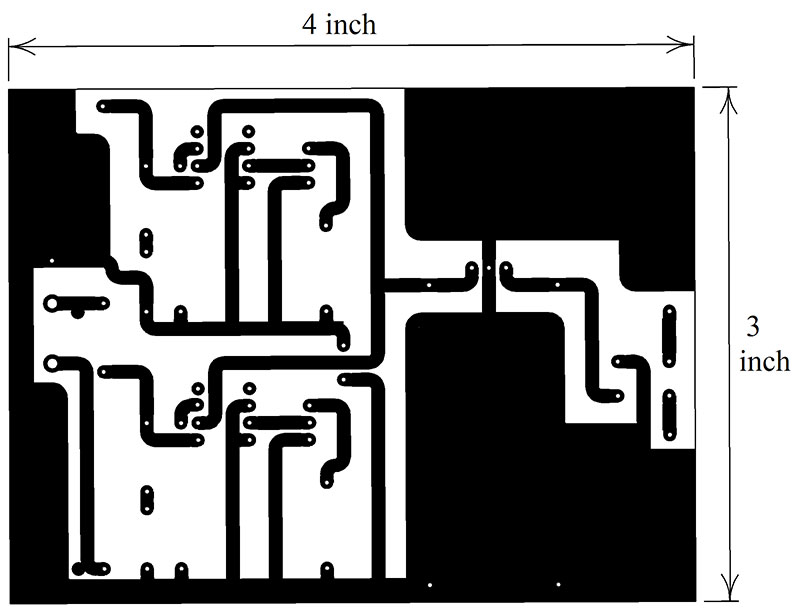 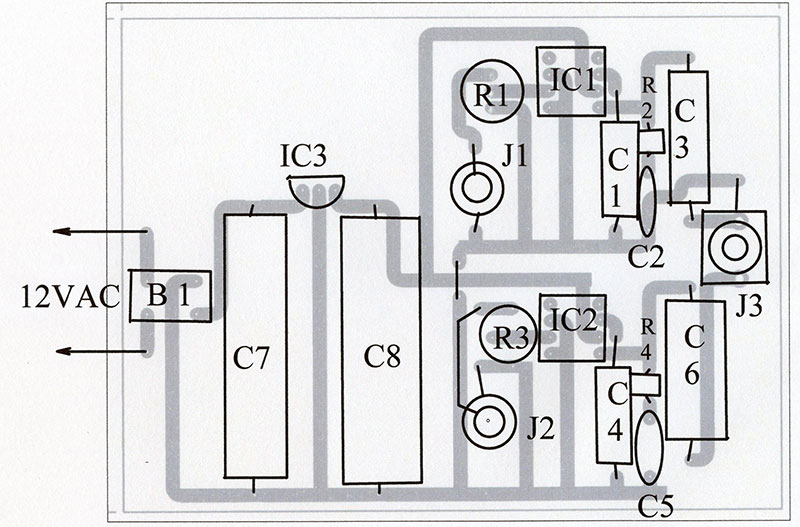 A Battery-Operated Mono Amplifier for a Crystal Set

This amplifier has an input impedance of 45K ohms and is powered by two nine volt batteries in order to isolate the crystal set from the power line. The amplifier has a voltage gain of 2.7 (8.6 db), so it will provide higher volume than the old 4,000 ohm phones.

The schematic is in Figure 5. This amplifier uses current mirror biasing which is a relatively new technique. The 100 ohm resistors R6 and R7 are for measuring the current in the output transistors. 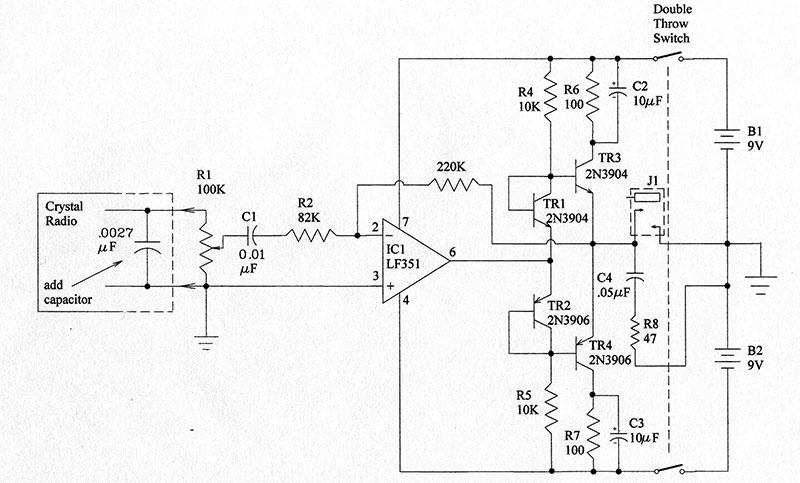 FIGURE 5. Schematic and parts list of the battery-operated mono amplifier.

This amplifier can be used for any application that once required 4,000 ohm phones. The completed amplifier along with a crystal set is shown in Figure 6. 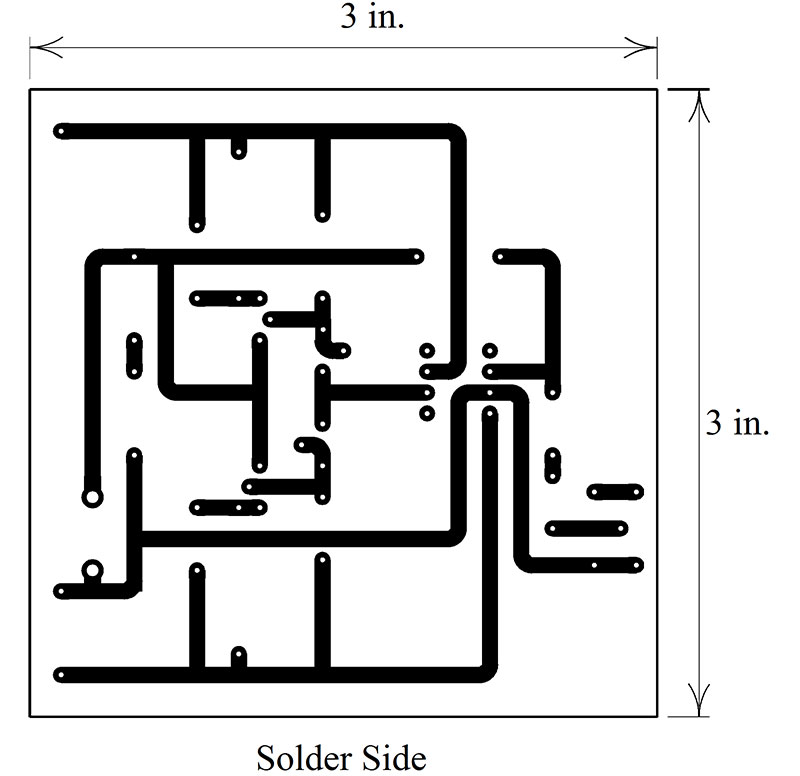 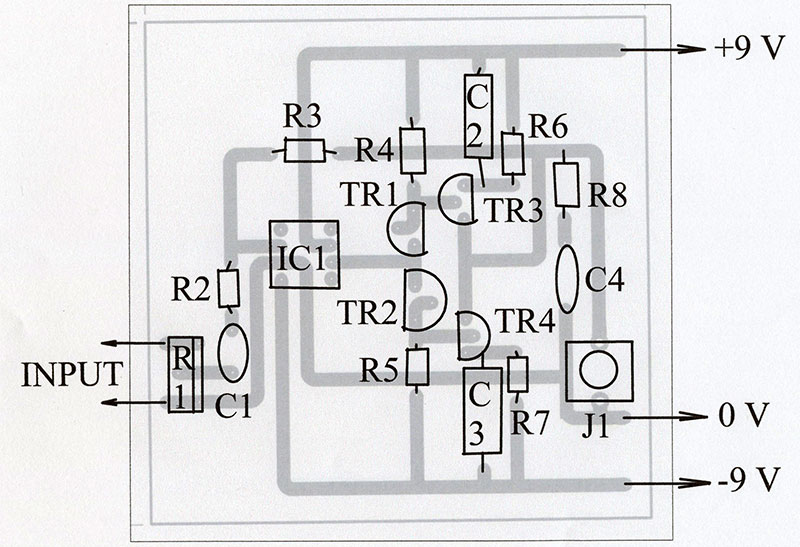 A Battery-Operated Amplifier for a Ceramic Cartridge

I designed this amplifier in 1959 using germanium transistors, which were the only kind available at that time. The stereo vinyl record became available in 1958. In 1959, not many people had a quality stereo speaker system.

With this simple four-transistor amplifier, a turntable with a ceramic stereo cartridge, and army surplus headphones, you could listen to the “new” stereo records. I still listen to vinyl records with this system to this day.

The schematic of this stereo amplifier is in Figure 9. 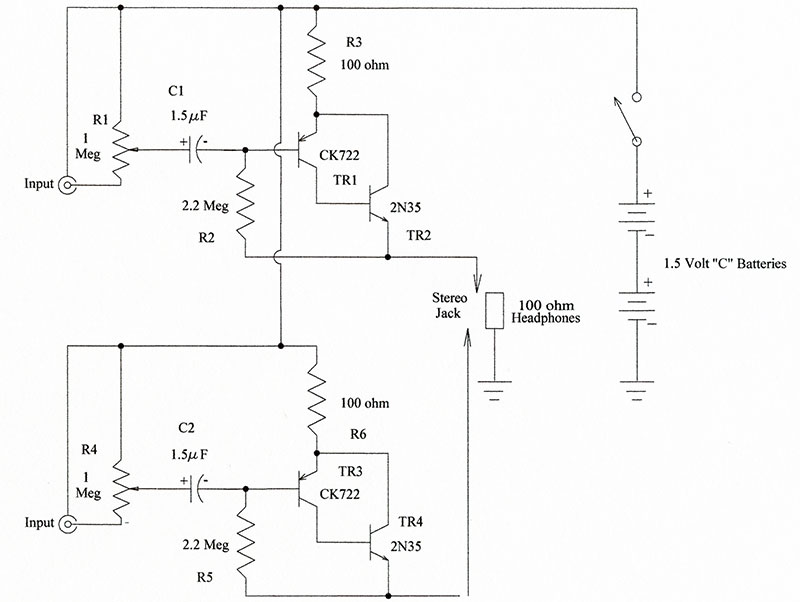 FIGURE 9. Schematic parts list of the battery-operated amplifier for a ceramic cartridge.

As the two amplifiers draw a current of about 18 mA, they are powered by two C batteries. AA batteries would work but would discharge quickly.

This amplifier puts a DC current (about 9 mA) through the headphones. This was frequently done with the old 4,000 ohm headphones, but I didn’t know if it would work with modern versions. As it turns out, it does work well.

This amplifier has input impedances of 270K ohms. Though it was intended for a ceramic cartridge, it can be used for many of the same applications as the first amp discussed here.

I recommend building this amplifier using some type of prototyping system. I built it on vector board. 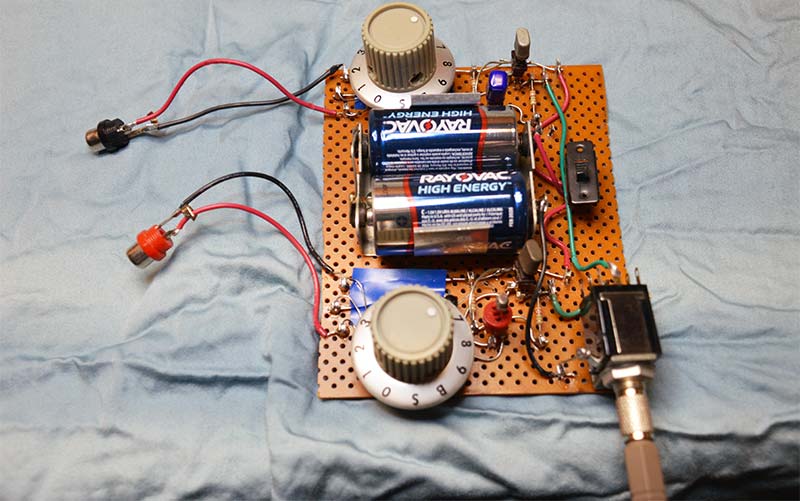 FIGURE 10. Battery-operated amplifier for a ceramic cartridge on vector board.

Headphones can sound better than many speaker systems. When listening to stereo, the “stereo effect” is exaggerated because material that was meant to be separated by speakers is played directly into the ears. Stereo recordings that are intended to be played over headphones are called binaural recordings.

May you have many happy hours listening via headphones.  NV