youAre you bored with conventional two-dimensional circuit layouts, or looking for a way to add an artistic flair to your next project? Point-to-point circuit construction has been around for decades, but it usually uses supporting structures like terminal strips that are functional but not pleasing to the eye. I’ve taken the point-to-point construction style a step further by making it self-supporting, which opens up a wide range of physical circuit topologies. I call this construction style the copper cobweb, and it can bring new life to classic circuits like a Johnson ring counter (Figure 1), a simple digital clock kit (Figure 2), or a “Cylon eye” LED flasher (Figure 3). 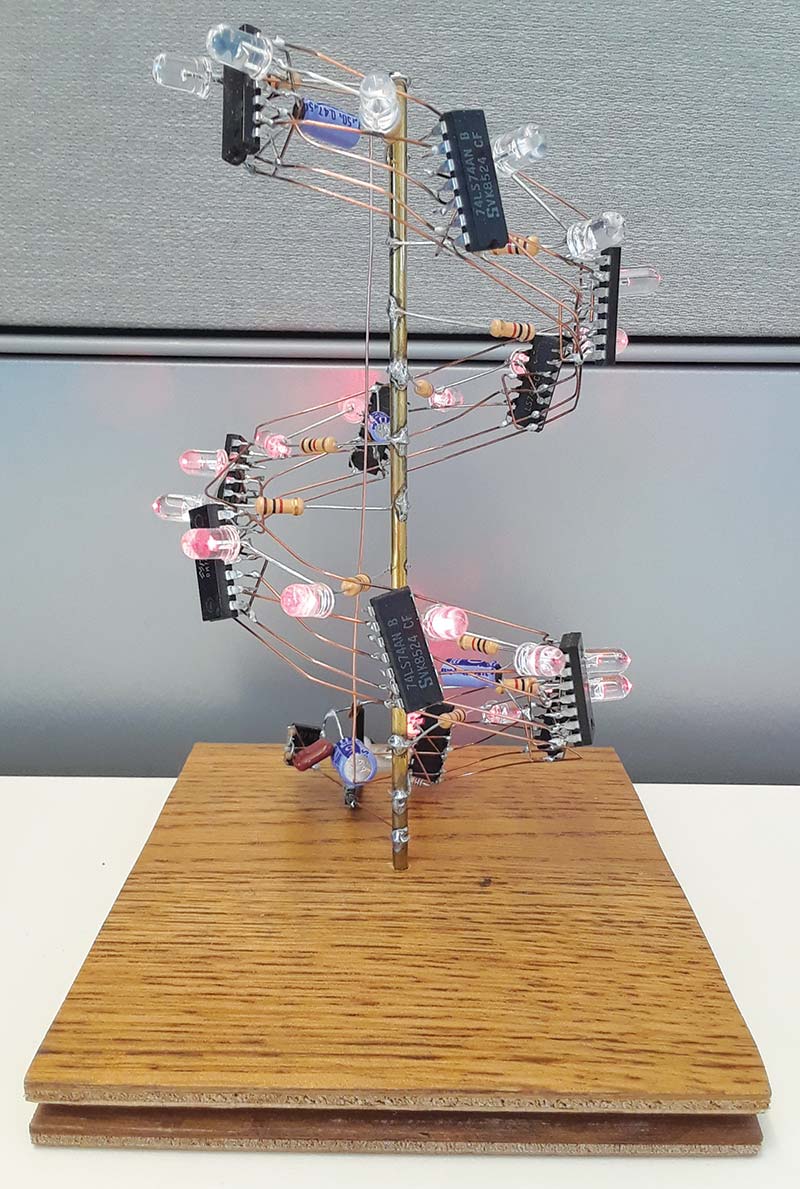 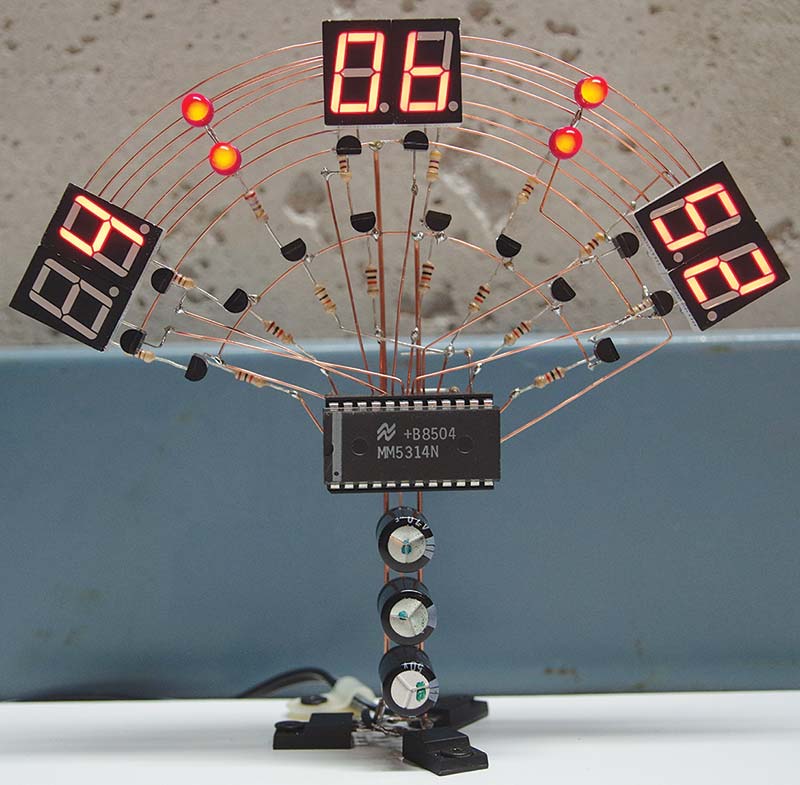 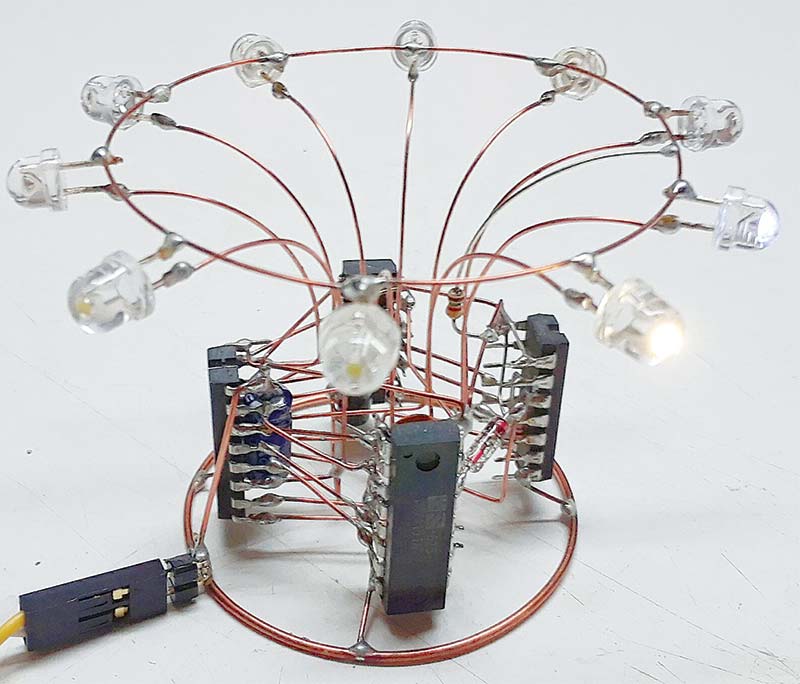 Designing a circuit using this construction style is more challenging than conventional construction because it requires you to keep constructability and structural integrity in mind from the start. At the same time, it gives you more freedom to play with a circuit’s artistic aspects.

Once you’ve imagined your circuit, a detailed, full-sized construction template is a must (Figure 4) and should be developed in parallel with the circuit schematic. This establishes the orientation and spacing of all the parts, helps you start to visualize where the connecting wires need to go, and makes sure that it is buildable. 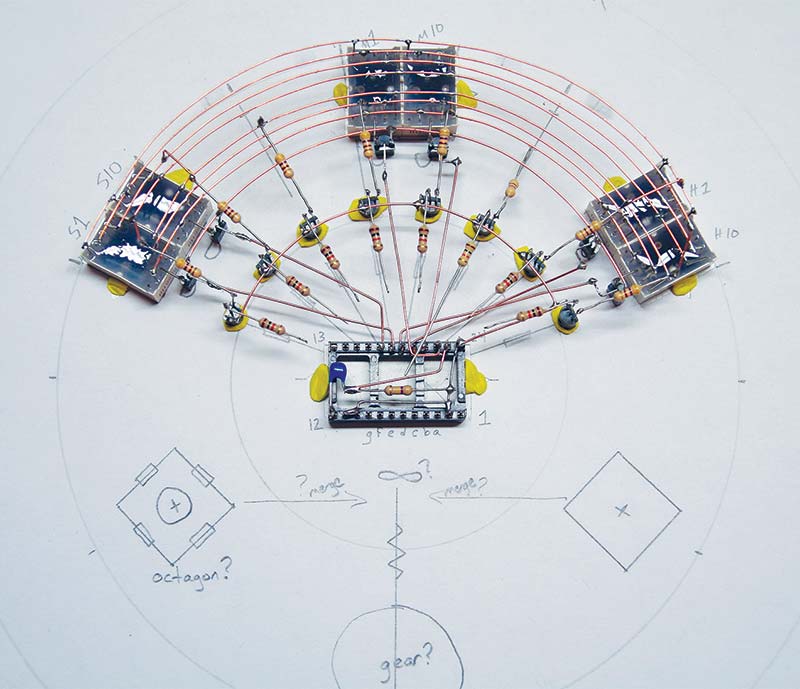 FIGURE 4. Digital clock under construction on its template. Holes in the paper let the Plasti-Tak adhere to the bench surface.

Be prepared for an iterative process where the physical layout requires changes to the schematic, and consider whether the circuit can be built in its final form or should be built and then bent or shaped as needed. For example, the digital clock was built largely in its final form on the template and then mated with its power supply (the supporting “stalk” in Figure 2) which was constructed separately. The ring counter was constructed in one long diagonal line on a graph paper template and then bent into a helix and soldered to the central support post.

The LED flasher used a modular assembly style. Each individual chip became the core of a circuit module, with components soldered to their undersides. The LED ring was assembled on a construction template and then attached to the 74LS42 decoder/driver chip module. The four chip modules were placed on their ends on a second construction template and wired together, and finally the base ring was attached.

This circuit also required some purely structural wiring connections between the 74LS04 inverter chip and the adjacent chips to keep the entire ring-shaped logic circuit physically stable. These wires connect to an unused input on one (or both) of the adjacent chips and have no effect on the circuit operation. I created a separate structural layout diagram (Figure 5) to help plan these connections. 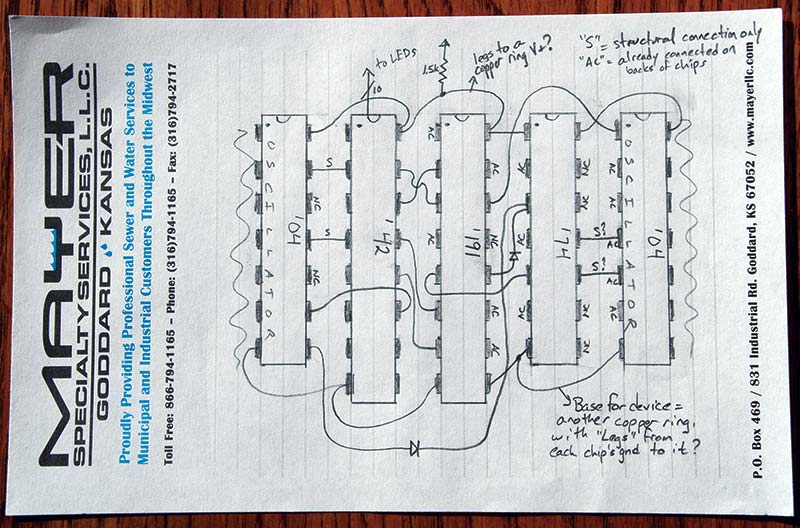 The schematics for the ring counter, digital clock, and LED flasher circuits are shown in Figures 6, 7, and 8, respectively. 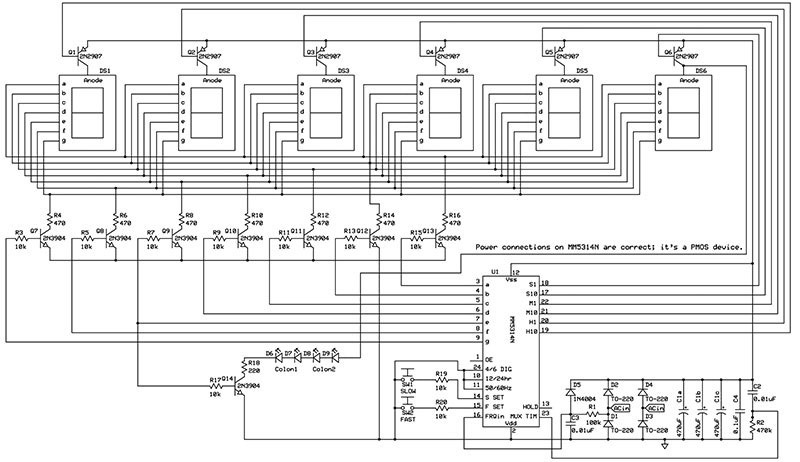 FIGURE 7. Schematic for the digital clock. The blinking colons use the “e” segment signal of the seconds digit. 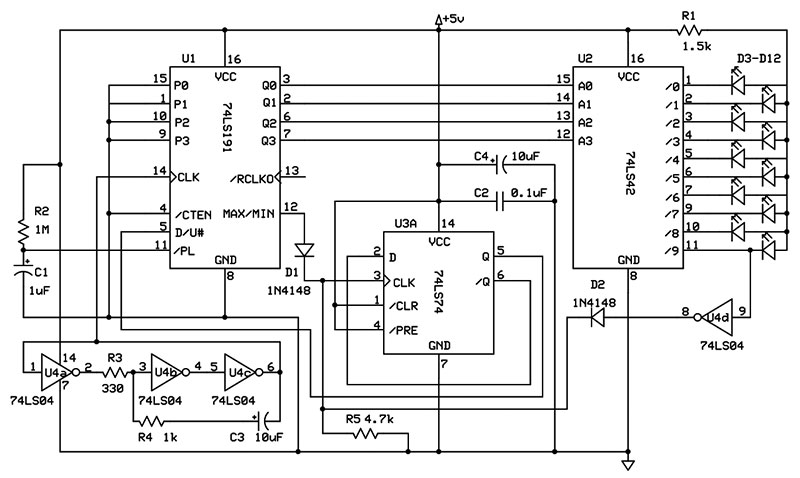 FIGURE 8. Schematic for the LED flasher.

The ring counter can be built to any length; I used 11 74LS74 chips for a total of 22 stages. Just remember to connect the not-Q output of the last stage to the D input of the first one. The /CLR inputs of each stage connect to a simple R-C delay circuit to ensure that all LEDs turn on at startup.

The digital clock circuit is right out of the datasheet for the MM5314 clock chip and uses common-anode displays. The time base signal comes from the 60 Hz power line frequency. I added blinking colons between the hours, minutes, and seconds by tapping into the “e” segment signal for the seconds digit. They only miss one blink cycle every 10 seconds, which is not bad considering no additional logic was required. The fast and slow set switches are simply 10K resistors with their leads bent to within about a millimeter of the five volt bus.

The LED flasher uses a 74LS191 up/down counter to drive a 74LS42 one-of-10 decoder that lights one LED at a time. Half of a 74LS74 flip-flop toggles the up/down input on the counter whenever the count reaches zero or nine, using a diode-OR circuit to get the “zero” signal from the counter and the “nine” signal from the decoder.

The 74LS04 inverter-based oscillator is from the book, Electronic Design with Off-the-Shelf Integrated Circuits. It was published in 1980 and is specifically designed for TTL inverters. Another simple R-C delay circuit resets the counter to zero on startup.

By now, I hope you’re already brainstorming for your next project to build copper cobweb style. Good candidate circuits have a modest parts count and can be built with through-hole parts. A simple off-the-shelf circuit kit can often be built (or re-built) as a cobweb, so you can ditch the boring circuit board that came with it (Figure 9). 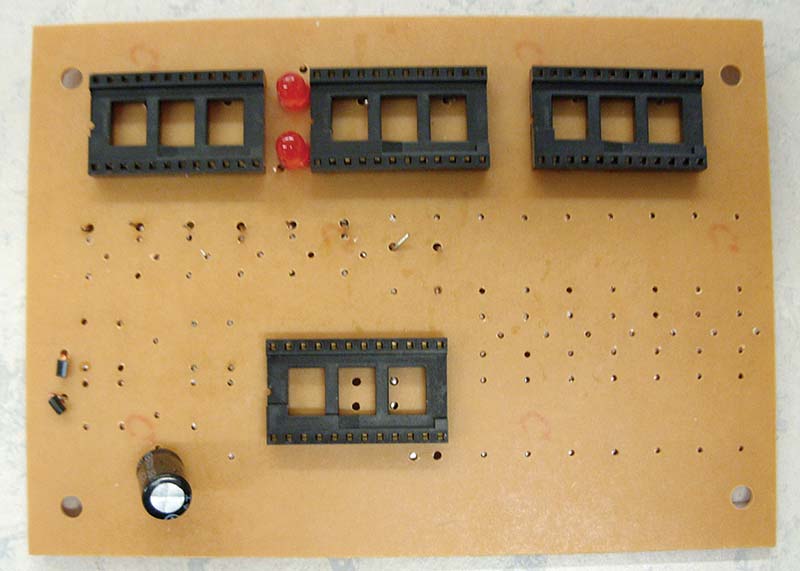 FIGURE 9. The digital clock cobweb used to be a PPG Electronics 776-DC clock kit. Compare this to Figure 2. Quite an upgrade!

Use components that are not particularly static-sensitive so they don’t get damaged during construction or handling. My digital clock violates this rule as the MM5314 clock chip is a PMOS device, but I got around this by using a socket during construction and only installing the chip once it was complete. Circuits with lots of clock signals, tight timing tolerances, or high impedance inputs may operate unpredictably since a cobweb is basically a big antenna with no shielding. Of course, from an artistic perspective, such operation could be considered part of the charm. Some other construction tips:

Have fun exploring all three dimensions of your next circuit!  NV