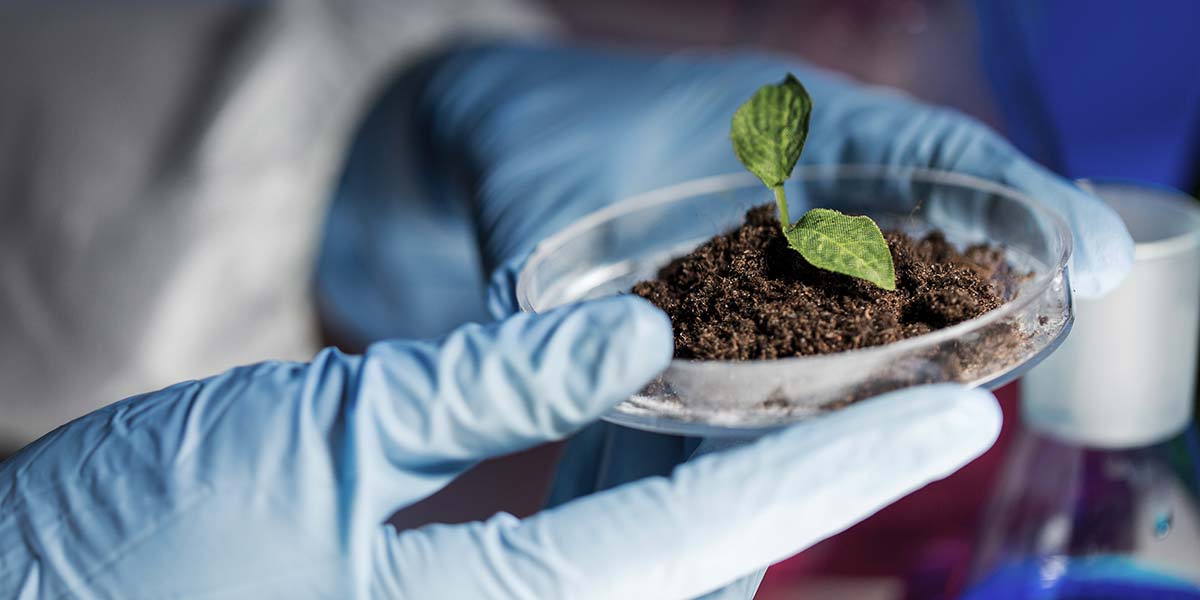 If you’re a regular reader of Nuts & Volts, then you might have the impression that STEM (Science, Technology, Engineering, and Math) and maker activities are limited to areas such as robotics, electronics, 3D printing, laser cutting, and microcontrollers. However, the oldest maker activity on the planet — DIY Biotech, including genetic engineering and cell-based manufacturing — is poised to change everything.

DIY Biotech is a rapidly evolving field that contains components of genetic engineering and microbiology, among others. In recent years, DIY Biotech has appeared in middle and high school STEM programs as, for example, transformed bacteria that glow in the dark or fluoresce under UV light that produce a perfume-like scent.

For example, the photo included here shows colonies of E-Coli bacteria on an agar-filled petri dish. Using simple desktop microbiology techniques, one of my students, Nhi Dinh, inserted gene coding for the glow-in-the-dark proteins from a jellyfish into the E-Coli. 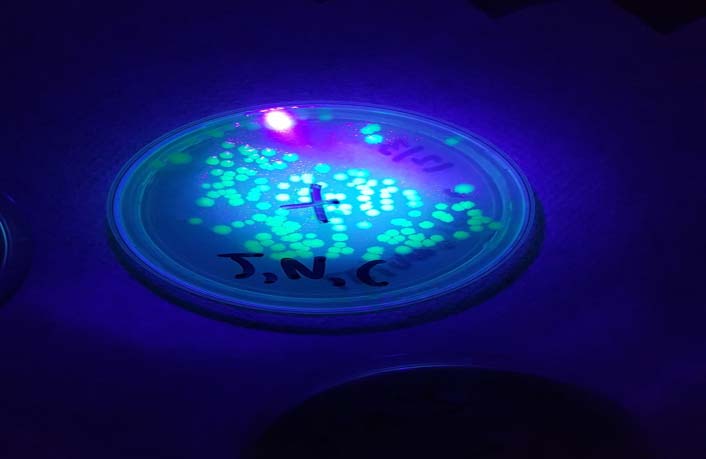 Of course, glowing bacteria fall short of the major transformations produced by the large pharma and agricultural laboratories. You’ve probably heard of the transgenic tomatoes made by inserting pig DNA into tomato DNA. If you live in the USA, it’s difficult to avoid eating or drinking GMO (Genetically Modified Organism) products.

It’s tempting to treat DIY Biotech as the new kid on the block. In reality, however, while robotics and microcontrollers have been around for decades, DIY Biotech has been around for thousands of years. Fermented foods and grains — think beer, wine, mead, yogurt, and cheese — were developed long before the wheel.

So, why all the renewed interest in DIY Biotech? In a word, accessibility. Just as the PC revolutionized computing, recent developments have made it possible for anyone with a scientific bent to practice DIY Biotech in their kitchen or garage.

One such development is CRISPR (a gene splicing technique) that can be performed by the average middle school student. If you can transfer the contents of one test tube to another and use a sterile technique, you can perform CRISPR experiments.

In addition to new easily performed and affordable gene manipulation techniques, the cost of outfitting a DIY lab has dropped precipitously over the past five years. For example, PCR machines — which are essentially DNA photocopier devices — typically sell new for $10,000 or more. Today, you can find fully functional PCR machines on eBay for $200. Similarly, used incubators (low temperature ovens) and gel electrophoresis machines can be had for pennies on the dollar.

Thanks to a few companies in support of the DIY Biotech effort, the biological raw materials — from agar to coat the petri dishes, antibiotics to select for genetically modified bacteria, and sterile tools, to non-virulent EColi bacteria — are readily available and affordable. For example, I’ve had great success with The Odin (the-odin.com), Amino Labs (amino.bio), and Carolina Biological Supply Company (www.carolina.com). The Odin caters to the BioHacker crowd, while Amino Labs and Carolina Biological Supply Company are more traditional STEM suppliers for middle and high school students.

If you’re currently into, say, communications, then you might fear that making the move to DIY Biotech means selling your DMM and oscilloscope to buy a used PCR machine. Don’t do it! The more you bring to the table, the better.

Use your 3D printer to make an affordable centrifuge. Buy an old PCR machine in need of repair and use your electronics skills to debug the microcontroller. Need to monitor bacteria growth in agar? Make an optical density measurement device with a green LED, a phototransistor, and an Arduino. Pick up an old Gel Electrophoresis device on eBay and power it with a low-current 100  VDC power supply of your design.

So, let’s say you’re convinced to at least explore DIY Biotech, but you have absolutely no experience with microbiology. What’s next? First go to Amazon.com and pick up a set of premade agar petri dishes. I’ve had great results with Evviava Sciences Amazing Bacteria Science Kit ($22.45, Amazon). The kit contains 10 agar plates, some sterile swabs, and, most importantly, a PDF project book.

Just wipe the swabs between your toes, on your kitchen countertop, etc., swab the agar, and then place the petri dishes in a warm place. In a couple days, you’ll see all sorts of bacterial and yeast colonies. You’ll probably notice a distinct odor as well.

Next, I’d try a kit from Amino Labs. I’ve used the Engineer-it Kit ($33) with great success. It’s fun and you’ll get to pour your own agar plates and mix the DNA. The kit comes with everything you need. There’s also a Udemy course that’s linked to the project.

If you’re ready for more of a challenge, then consider the CRISPR kit from The Odin ($159). This kit is much more involved than the Amino Labs product, but you’ll learn some advanced techniques such as how to use a micropipette.

In addition to the CRISPR kit, I’ve had good luck with the fluorescent yeast add-on kit ($80). The Odin’s full Genetic Engineering Home Lab Kit ($1,699) is a bit overwhelming. I found it’s a good value, but it’s not for the novice. You’d be better off working with the more affordable kits initially.

So, stay tuned! I’ll have a few follow-up articles in Nuts & Volts to gauge reader interest in DIY Biotech. By the way, if you’re of age and want to try your hand at the oldest DIY Biotech practice on the planet, then consider the Brooklyn Brew Shop Everyday Beer Making Kit ($40, Amazon). If you can boil water, then you can brew beer.

Plus, you can always buy additional yeast if you want to try your hand at green fluorescent beer.  NV