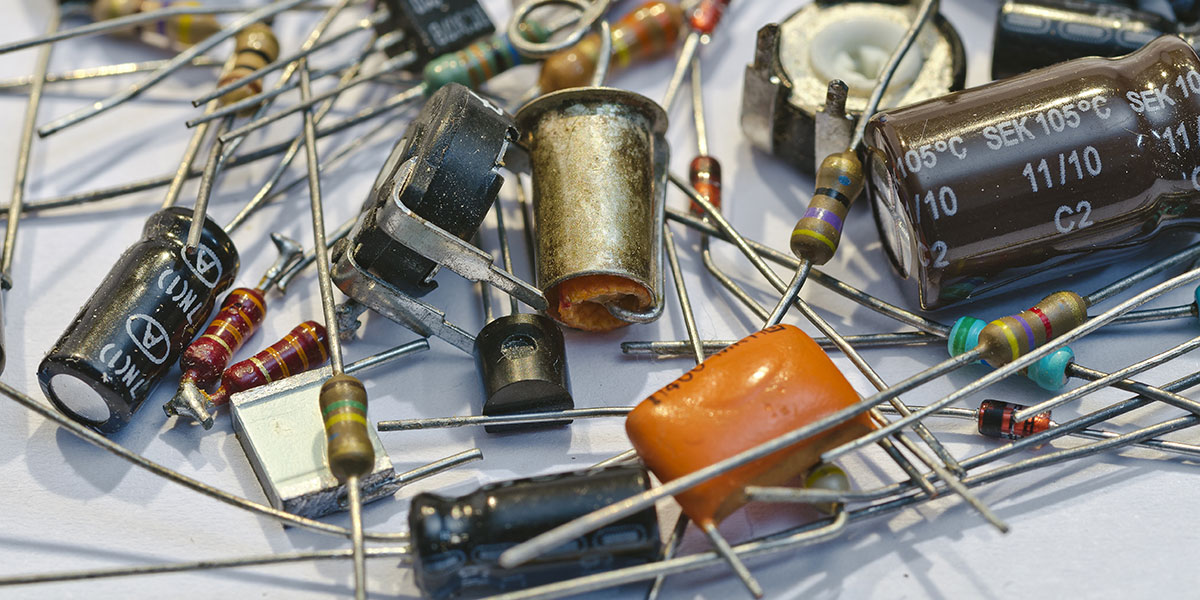 Just in Time Parts vs. the Junkbox

Cleaning out my workshop reminded me of when I first started my journey in electronics — tubes were still available at RadioShack. My first ham radio transmitter — a HeathKit DX-60B — used a 6146B tube final amplifier (power amplifier), in part because it was inexpensive and readily available. Back then, I had a junkbox with a few dozen tubes, a pound or two of discrete resistors and capacitors, and some miscellaneous hardware. With that, I could repair just about any TV, receiver, or transmitter that I came across or wanted to modify.

Don't get me wrong. I look forward to getting my hands on the latest developments in technology. I'm hooked, for example, on the new product announcements featured by SparkFun every Friday, and the broader daily updates on technology from Gizmodo. It's just that it no longer pays to have a sizeable junkbox.

For example, about a year ago, I created a prototype circuit for a government grant application that relied on some high-resolution TFT LCD modules from AdaFruit. However, in the nine months between the grant application and funding, the TFT LCD had been discontinued. As a result, I had to experiment with a new crop of LCDs and newly introduced OLEDs from AdaFruit. I was happy with the new displays, which provided higher resolution, faster response, and no increase in price. However, I had to modify the 3D printer file for the mounting assembly, and rework the software to accommodate the new generation of displays.

Today, after clearing out perhaps 20 lbs of retired ASICs (application-specific integrated circuits), breakout boards, and circuit assemblies, my junkbox consists largely of leaded and SMT resistors, capacitors, and a few 3V and 5V power regulator chips. I've downsized from six shelves of "junk" to one shelf of discrete components.

As a result, there's less to keep track of, and I know where everything is. Previously, it was a hunt to find that elusive chip or breakout board. Now, my hunting is reserved to online searches.

The two to three day time lag is a significant downside, but no greater than working with components that are no longer supported. So far, this “just in time” parts procurement has worked just fine.

As an aside, I've also shifted from what I once considered standard 4-40 stainless nuts and bolts from suppliers such as BoltDepot, to lighter smaller M2x10 hardware from places such as HobbyKing. I wouldn't think of building a drone or any other compact lightweight device with the old hardware.

However, there's still enough of the heavy duty boards around such as the Arduino UNO microcontroller board to hang on to my supply of 4-40 hardware. I'm sure that eventually — as with my collection of RF vacuum tubes — I'll be tossing these, as well.  NV