It’s great to see Nuts & Volts featuring amateur radio articles. Your editorial in Issue-4 pointed out the problems we amateurs face in an urban environment. Also it seems that similar problems face people who have to move in to secure accommodations such as old people’s homes.

Members of my local club here in Australia (Bendigo Amateur Radio and Electronics Club) have pondered this problem for some time as some of our members are approaching later life.

I first experienced the noise problem when I put on a display of radio technology at our historic Telegraph Station. The electronic noise from the next door telephone exchange blotted out everything from HF to VHF.

Not wanting to disappoint the public, I set up a computer to receive the KiwiSDR radio located in Melbourne 120 Kms away (www.sdr.hu). (This site aggregates participating receivers all over the world.)

Now, I was in a position to show what amateur radio could sound like and I could also suggest that newcomers to the hobby should tune in regularly to learn operating procedures. And all for free! 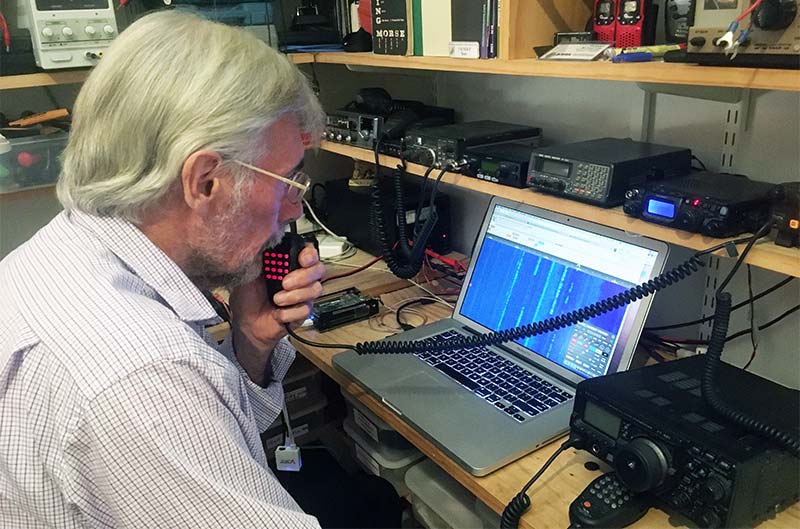 When the public had departed, I heard a CQ on 40 meters. I tuned my HF transceiver to that same frequency and was able to transmit to that station and enjoy a noise-free contact on my browser. My next step was to purchase my own KiwiSDR kit and install it locally but in a quieter location and with a simple antenna.

The club used that receiver as a spotter during a contest when we were a couple of Kms away at a scout hall contest station. No overload problem.

Now the club has bought and installed its own receiver for use by club members plagued by noise or located in a housing situation and not able to install antennas. So, the receive side has been taken care of.

Now, consider this: If a radio amateur who is in a hostel or some such wants to talk to his mates on the radio, then they could use an FT817 or such into a small tapped whip antenna in the corner of the room (or if you’re really close as mine is, a dummy load is all I need). Enough signal gets into the local KiwiSDR to be listened to by anyone who has a web browser. Plus, if their colleague transmits a reply, it will be displayed on the same SDR waterfall in the hostel.

We’ve now done this, and I have even had a two-way with my friend through having set up an SDR at his home as well. (We both were listening to each other’s SDRs and transmitting into dummy loads.) 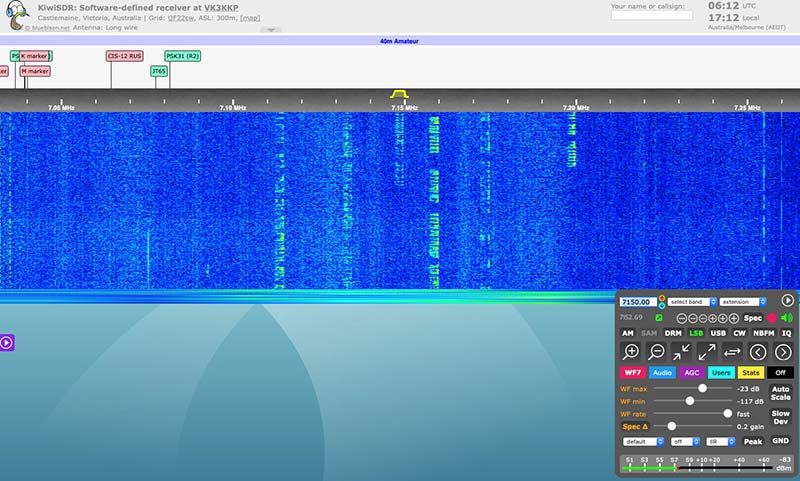 So, this provides a solution to your problem of high field strength in your shack. This keeps radio alive for the old timers and avoids them giving up radio altogether and emulating ham radio on the Internet with network radios. It’s a bit hard to explain to some of our members but I think it’s sinking in now.

My amateur radio callsigns are VK3KKP and G8HIM. Currently, I‘m actively promoting amateur radio as a hobby for all ages, and as an essential service when commercial communications break down.

Also, I’m helping to promote the Australian “Mills on the Air” scheme through www.adoptamillacrossaustralia.com.au.