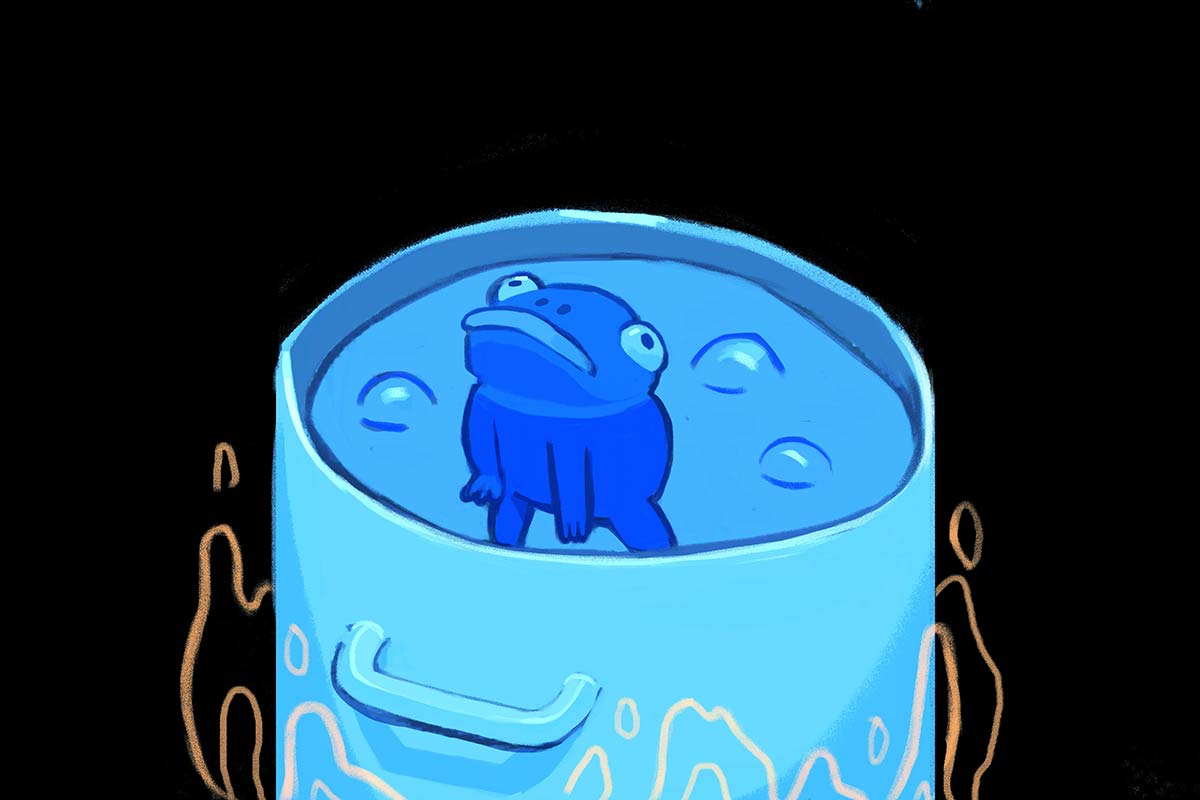 Although physiologically unsound, the parable of the boiling frog is a metaphor that aptly describes many commodity electronics products. Whether or not a frog will jump out of a pot of tepid water brought to a boil slowly, many consumers are being trained by electronics manufacturers to tolerate eroding functionality.

I was reminded of this recently when I installed two parallel networks of smart speakers: one based on Amazon’s Alexa and one on the newer Google Home. I have a main speaker and several pucks of each make.

Admittedly, it’s fun to ask Google or Alexa for the forecast or to turn out the kitchen lights. However, the smartness of each system doesn’t make up for their utter lack of sound fidelity.

I’m reminded of pocket AM transistor radios — especially when it comes to the small pucks (Amazon dots and Google Home minis). Sure, you could plug in an amplified speaker system and turn a dot into a reasonably high-fidelity sound source. The Google Home mini doesn’t even offer that capability. You’ll have to link to a Bluetooth amplified speaker.

I understand why Apple seems focused on the sound of its brainless home speaker — it’s a niche that’s begging to be filled. It’s also unlikely Apple can catch up with Google and Amazon when it comes to upping the IQ of a smart speaker.

Other technology that comes to mind is the everyday use of MP3 players. The music industry weaned us from vinyl and then CD titles, and most of us (me included) were ecstatic to be able to carry 3,000 songs on a portable player. So, what if it wasn’t high fidelity? Quantity over quality seems to be the winning formula where portable music players and peripherals are concerned.

Consider the Beats Pill+ Bluetooth speakers and the Dr. B headphones sold by Apple for portable audio applications. The product descriptions are void of the basic audio specifications that audiophiles consider when buying gear, from total harmonic distortion to frequency response.

Sadly, what the marketing material covers is the color of each device, longevity of the battery, and compatibility with certain Apple and non-Apple products. This suggests that the average Apple audio consumer is more concerned with how a pair of headphones looks than how they sound.

This focus away from audio specifications isn’t unique to Apple’s marketing efforts, of course, and I have to admit that there are times when fidelity isn’t an issue.

For example, I run with an Apple iPod. I don’t really care about fidelity, and don’t want to be burdened with having to upload new songs before a run.

In that narrow context, quantity wins. At other times — such as when I’m relaxing at home in the quiet of my living room — audio fidelity does matter. That’s when I fire up my McIntosh tube amp, full-size Polk speaker system, and Thorens turntable.

The trend toward mediocrity isn’t limited to consumer audio. Consider the nuances of writing on a modern IBM or Apple tablet computer in contrast to writing with an old fashioned pen.

Someone who spends their time writing with a pen appreciates the vast differences in inks, in nibs (for fountain pen users), ballpoint, rollerball, and felt-tipped pens, as well as the overall size of the pen, balance, and writing angle.

Someone into calligraphy might tend toward a flexible nib and permanent black ink, for example, while someone taking notes might opt for a rollerball pen with less viscous blue ink. A rollerball pen might glide over a good quality paper, drag across copy paper, and skip on overly starched paper.

In contrast, a tablet computer with stylus interface might produce a generic image with consistent but unremarkable user feedback and, in general, isolation from the final product.

Options are limited by computer software and hardware. No matter what the experience of the user, the stylus interface can’t outperform the basic program. The writer’s nuances, perhaps developed over decades of writing, are lost.

What’s the point of all this from an electronic enthusiast’s perspective? Well, for starters, if you’re designing a device, think about what you’re willing to toss to the side in exchange for expediency or to save a dime.

Sure, there’s no point in providing legacy system features that no one will use or pay for, but make sure that’s the reason, and not simply cutting corners to save a dollar in components.

Moreover, I think there’s a real future in electronics for those who cater to the audiophiles and others who value traditional specifications, regardless of what the big box stores and marketing machines would have us believe.  NV