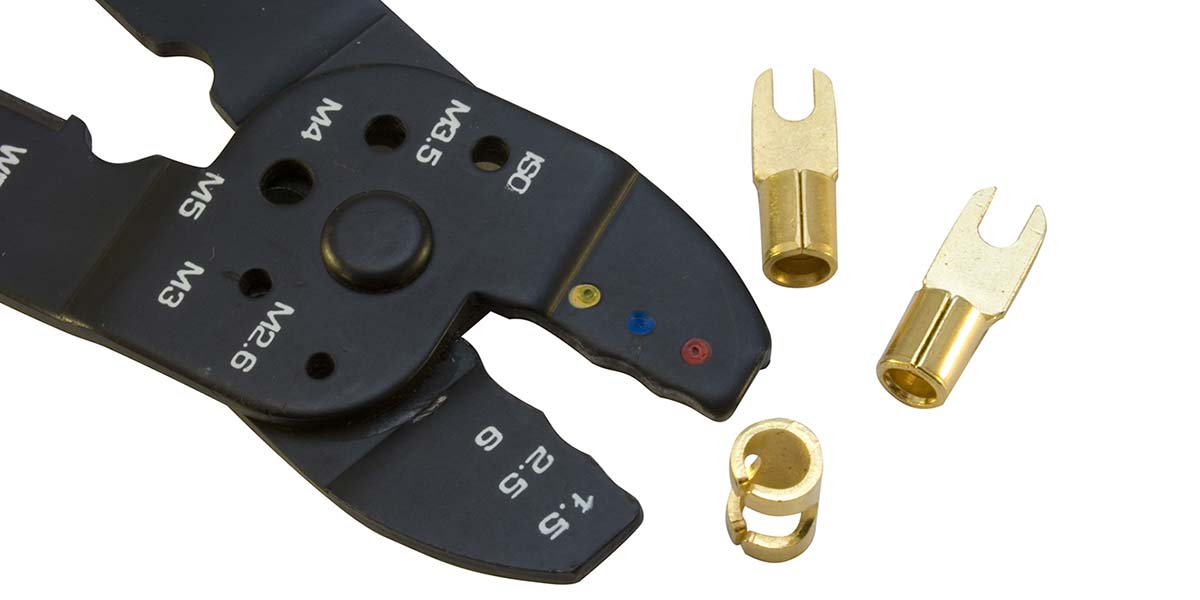 To Solder or Not

A few years back, I finally made the move to a home theater — an Apple TV, DLP projector, and an audio system capable of shaking the foundation. As part of the installation, I also splurged on supposedly audiophile-quality audio cable from a major manufacturer. I don’t fall for the oxygen-free cable that sells for astronomical prices but bought some good, 12 gauge copper wire with flexible insulation.

To my dismay, the ‘audiophile’ cable came with gold-plated twist-on connectors. I was taken aback. Twist-on, not even crimp-on. The instructions said to just peel back a quarter inch of insulation and twist the wire into a connector. My first response was disbelief. After all, how would a twist-on connector hold up to the constant vibration of a subwoofer? Would the friction fit result in noise?

My second response was to take out my soldering iron and silver solder, and to solder each connection. In the end, the system worked fine, but I was still troubled about the twist-on connectors. Was I just a creature of habit? Was the company just bending to a consumer environment in which soldering irons are becoming an endangered species? Or, I wondered, was I mistaken in my assumptions about the relative value of soldering. Was I wasting my time and effort with the soldering iron?

As a young ham radio enthusiast, I was taught that, when it comes to high-current DC or any RF connection, use solder, regardless of the connector design. I was told in certain terms that crimp-on connectors were at best short-sighted time savers. Similarly, when I worked for a telephone company, I was taught that wire-wrapped connections would  eventually fail unless carefully soldered. Perhaps this line of reasoning was born out of the southern Louisiana environment, where even gold connectors succumbed to corrosion (from an acid-secreting fungus).

The purported benefits of a soldered connection over simply twisting two conductors together — or even professional crimping — include longevity and increased reliability. If you search the web, you’ll find numerous discussions on the relative merits of solder and crimping in military avionics. For example, without adequate strain relief, solder joints tend to fatigue, and it takes a relatively high level of skill to properly crimp a multi-pin connector.

However, it’s difficult to quantify the value of longevity and increased reliability in ordinary consumer electronics. For example, is it imperative that the soldered connections in your next prototype outlive you? Similarly, when I look at my computer systems and even my new entertainment system, I can’t see past five years. By then, speaker wires will likely be a thing of the past, probably replaced by wireless connections to studio monitors. The computer hardware will be worthless, compared to the computers equipped with 1,000 processor multi-core chips. Perhaps the value of longevity is gravely overstated.

On the value of reliability, I’ve created thousands of crimped connections, and have yet to see one fail in the field. What I have done is cut back the insulation too aggressively, nicking the underlying copper wire. But this sort of failure is generally immediate, and not something that will surface years later. Furthermore, I can usually prep a wire and place a crimp-on connector faster before my Weller stabilizes at the appropriate temperature.

For now, I’m keeping my soldering iron handy. Unless I’m working on a prototype, I crimp when possible to get a good physical connection, and then follow up with solder to make it permanent. Perhaps I’m a creature of habit after all.

If you have practical experience, or know of any formal studies comparing soldered and crimped connections, please share your information here in the comments, so other readers can benefit.  NV