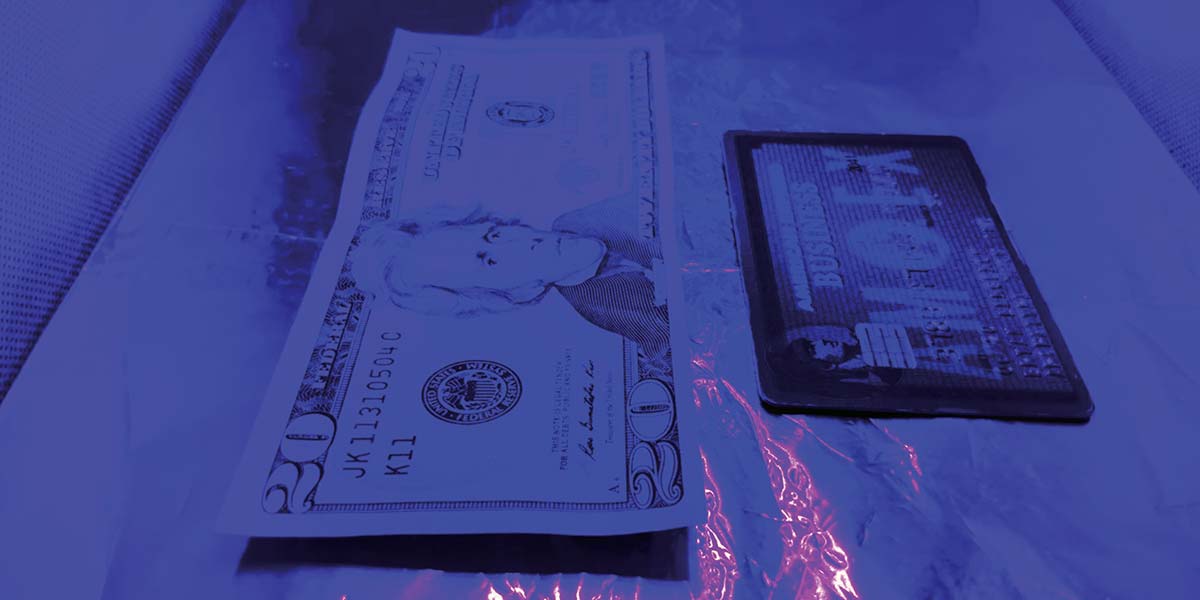 UV Sanitizer: How to Build One and Measure Its Efficacy

This article presents an afternoon science project of assembling a UV sanitizer from a UV LED panel and a small, reflective enclosure (Figure 1). With STEM students in mind, we’ll look at measuring the efficacy of the sanitizer on bacteria through the use of inexpensive, premade agar plates. 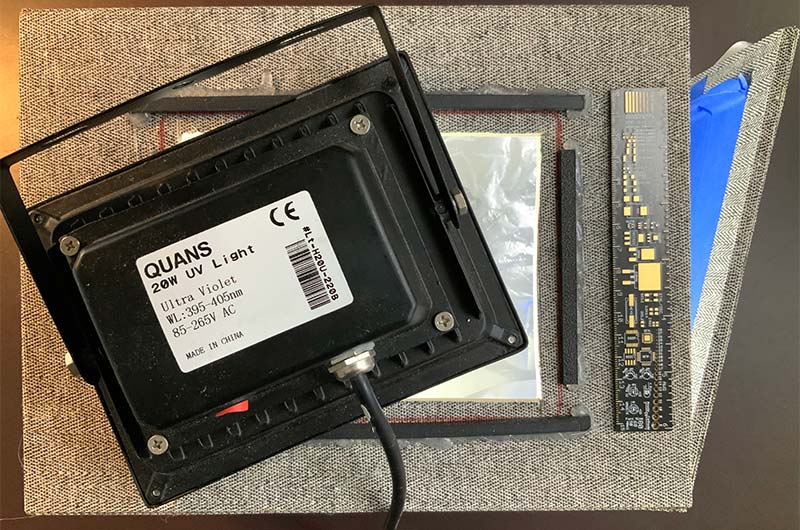 FIGURE 1. The UV sanitizer (top view) with UV LED panel moved to show the inside of the reflective box. A 6” ruler shows scale.

With all the focus on the coronavirus associated with COVID-19, there has been an upsurge in demand for a variety of germ-related products — from masks, goggles, gloves, and hand sanitizer, to wipes and air purifiers. One item that suddenly popped up on my Amazon feed was ultra-violet (UV) light sterilizers/sanitizers. These units — some consisting of little more than a single, low-power UV LED or UV bulb in a plastic box — sell for up to hundreds of dollars. Moreover, the claims made by manufacturers — especially regarding anti-viral capabilities — are dubious at best.

It seemed like a perfect opportunity to make an affordable UV sanitizer, actually measure its efficacy, and share the design with readers. Hence, this article.

Bacteria (like the cells in your body) contain genetic information coded in DNA and RNA, which are essential for life. Recall the central dogma of biology: that DNA codes for RNA, which codes for proteins. Interrupt that process at any point and a cell dies. Viruses (which are not living entities) nonetheless contain either DNA or RNA. Viruses rely on hijacking the synthesis machinery in cells to replicate.

We all know that radiation of sufficient intensity can kill. Intensity is a function of wavelength and quantity of radiation. For example, gamma radiation from the detonation of an atom bomb a few hundred feet away can vaporize an entire person. However, occasional photons of gamma radiation — such as what airline passengers are exposed to during a normal flight — generally have no lasting effects.

That said, even the occasional gamma photon can damage the DNA and RNA in a cell or in a virus. When the damage to DNA/RNA is minimal, cells can often self-repair the genetic material. In other cases, cells may only partially recover. The persistent radiation-induced changes in DNA/RNA may express themselves as cancer. If the damage to DNA/RNA is too great, then the cell dies.

The DNA/RNA in viruses are similarly susceptible to radiation of sufficient intensity and wavelength. They rely on the repair machinery within a cell to repair damaged DNA/RNA.

Like gamma radiation, UV light of sufficient intensity and at the appropriate wavelength can destroy DNA and RNA in cells and viruses. While broad-range UV light (10 nm-400 nm) can kill, DNA and RNA are particularly sensitive to UV-C (100-280 nm) radiation, which is invisible to the naked eye. Commercial Ultraviolet Germicidal Irradiation (UVGI) devices, which are based on narrow-band UV-C radiation, are both expensive and difficult to find.

The build for this project should take all of 10 minutes. The bill of materials is a shoe-box-sized box, some aluminum foil, some double-sided tape, and a 20-30W broad spectrum UV LED panel (see Figure 2). 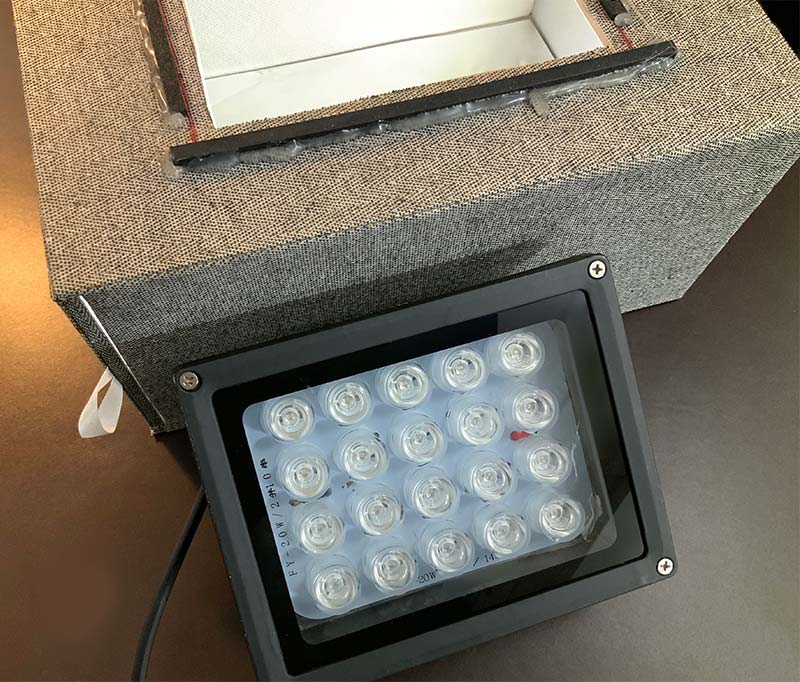 The panel is the most important component. I picked up my panel from eBay ($20) several years ago, but I’ve recently seen similar panels on Amazon for the same price. If you can, pick up a panel that’s rated toward the shorter wavelengths (UV-C).

The LED panel sits over the center of the box. Cut a hole in the top of the box that’s just big enough to support the LED panel. It’s important to keep the assembly light-tight because UV light can damage your eyes.

Using double-sided tape, line the floor and walls with aluminum foil. For my box, I used a cloth-covered particle board shoe box (Amazon, $10) which provides lots of support for the LED panel. The box also has a hinged front door that makes loading and unloading it easy.

Testing is fairly simple. If you have a lumed watch, then place it in the box and irradiate it for 10 seconds. The lume should glow brightly. As full disclosure, I use my UV box to charge my watches at night.

Whatever you do, don’t stare into the box or the LED panel with the power on. You can permanently damage your vision.

Normal use is fairly simple. Put whatever you want to sanitize in the box, making sure that light from the LED panel will reach the surface you want treated. Close the box and hit the power switch. After five minutes, your objects should be relatively germ free.

Remove the objects, close the box, and turn on the UV light for another couple minutes to clean the box before the next use.

By relatively germ free, I mean that the majority of bacteria hit by the UV radiation should be damaged beyond repair. Claiming sterility is another matter because the “dark side” of whatever you place in the box may be contaminated. Now, let’s go from “should” to actually proving efficacy.

To prove efficacy at killing germs — in particular, bacteria — you’ll need a set of agar petri dishes and sterile swabs, one or two charge cards, and a bill (see Figure 3). 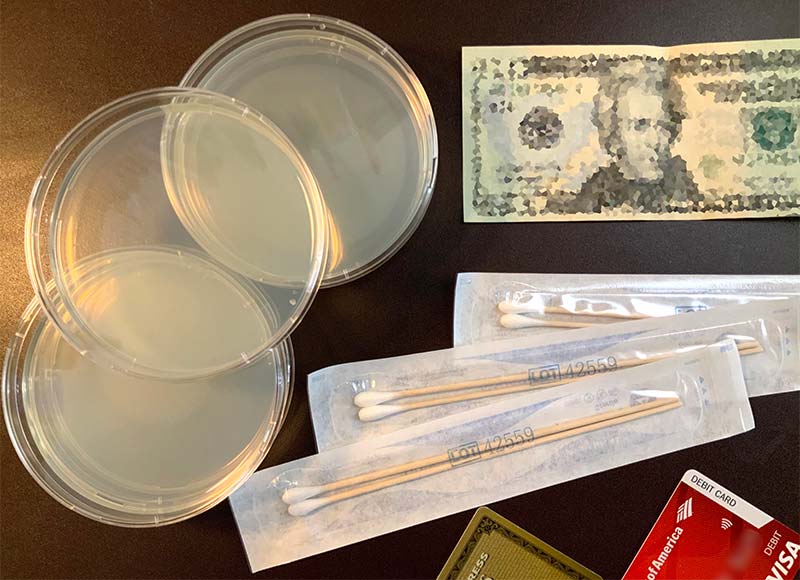 For the agar dishes and swabs, I’ve had good results with the EZ BioResearch Bacteria Science Kit ($22, Amazon).

The kit contains all the information you need to complete the experiment. In general, using a fresh swab and agar plate for each item, swab the items and then gently drag the swab over the agar plates. Next, place each item in the box and turn on the power for five minutes (see Figure 4). 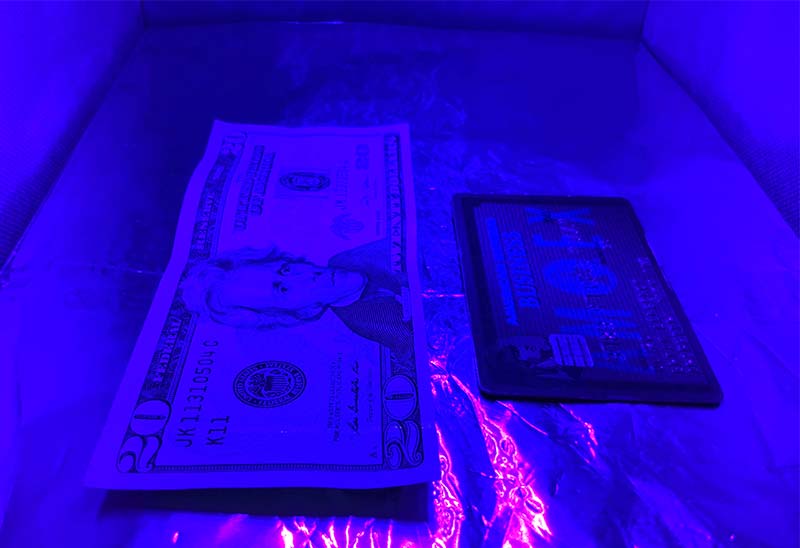 FIGURE 4. UV sanitizer in use on a bill and AMEX card.

Incubate the agar plates, including a control (un-swabbed) plate for two or three days. I used an incubator set at body temperature or 37°C, but you can use any warm area in your home to incubate the plates (see Figure 5). 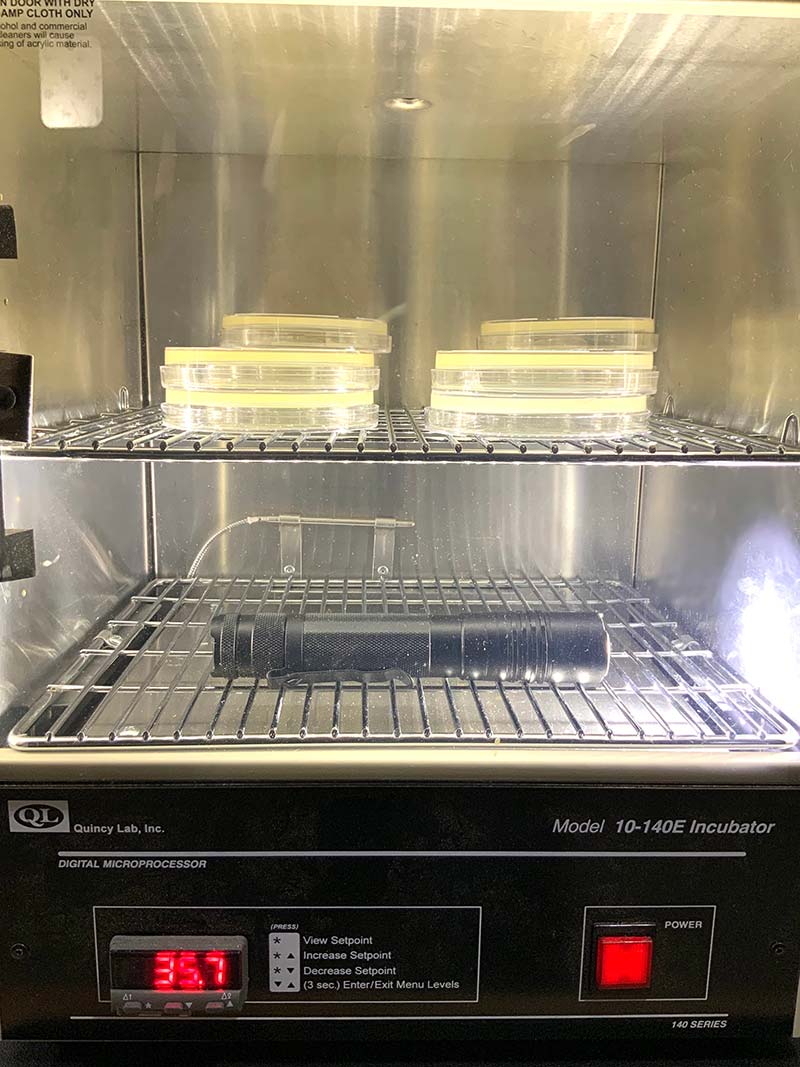 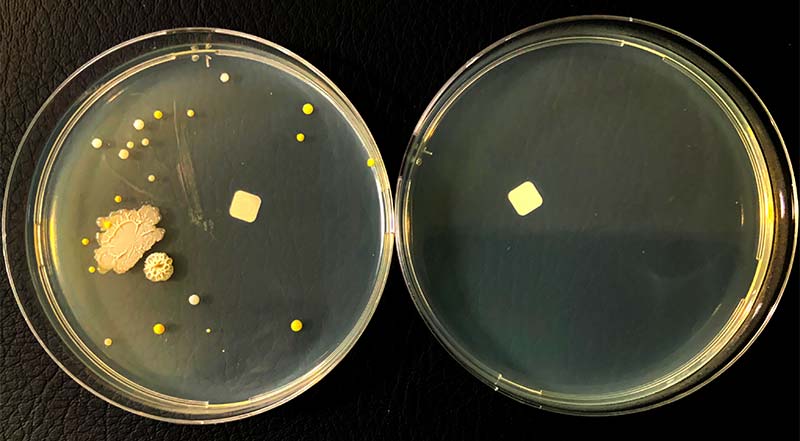 I had similar results with the cash, but the colonies were not as extensive as those grown from the AMEX swipe.

The results show that the UV irradiation is effective at inhibiting or killing a significant amount of bacteria on a contaminated surface. You may have different results, depending on the bacterial level of your cash and card(s) and the power and wavelength of your UV LED panel.

Because viruses don’t grow on the agar plates, we can’t assess efficacy of UV light as an inhibitor of viral growth. However, we can reasonably assume that there is some inhibition on viral growth because the target — DNA/RNA — is the same.

If you closely examine marketing materials for commercial UV light sanitizers, you’ll see that, while there are often claims of anti-viral properties, there is no evidence to anti-viral efficacy. There are techniques for testing growth of viruses, but there are no inexpensive at-home options.

If your germ-killing box becomes part of a STEM project, then consider how you would actually measure anti-viral effects of UV. You’ll probably have to enlist the help of someone at a university or well-equipped hospital.

Also, consider purchasing a UV-C panel or at least replacing some of the broad band LED elements on your LED panel with UV-C LEDs. You can also work toward 360° irradiation by using servos to rotate objects in the box in the X and/or Y planes. At a minimum, consider using a platform to raise the objects above the reflective surface.

You could also consider comparing the efficacy of, say, hand sanitizer with UV radiation. Or, you could determine the minimum time necessary to significantly decrease bacterial contamination. Depending on your UV panel, you may find only a few seconds are required, versus five minutes used in this study.

UV light sanitization is not a panacea. It’s best used as part of an overall hygiene habit that includes hand washing, keeping fingers away from the eyes or mouth, and the use of face protection.  NV

Links Worth Checking Out