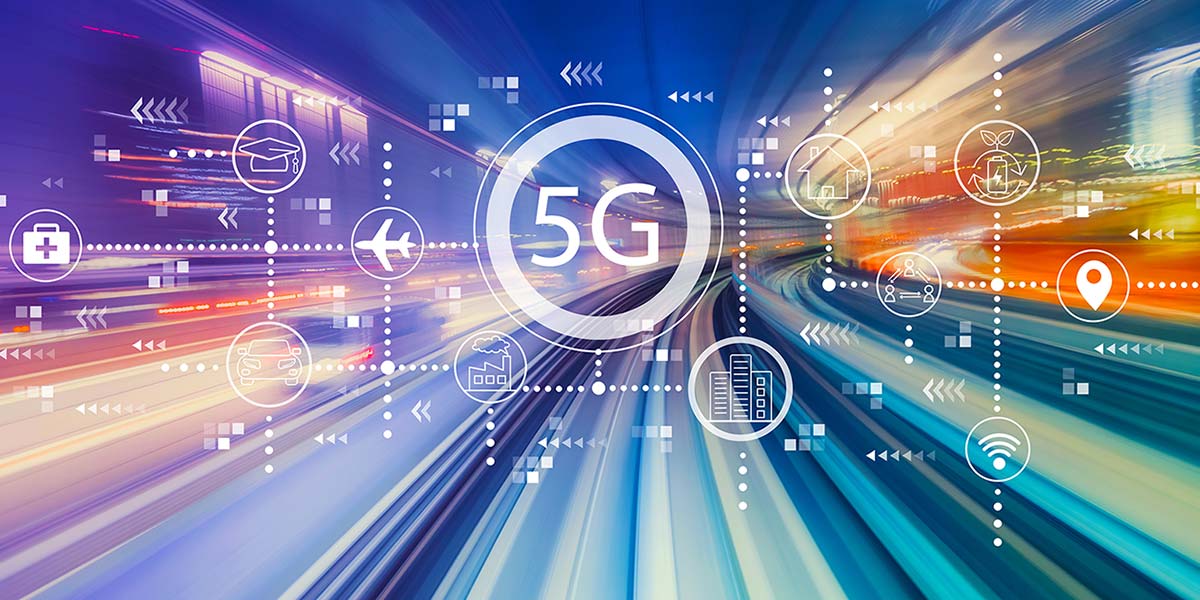 What is it and when can we expect it?

By now, you’ve certainly heard of the forthcoming fifth generation (5G) wireless technology. There’s a tremendous amount of hype about 5G as the various cellular operators try to pre-sell you on the new benefits and services. Commercial 5G services won’t go online until later this year, but we should see plenty of 5G action in 2020. For that reason, you’ll need to know more about 5G to understand what impact it will make on you and the world in general. Here’s a status report on 5G to bring you up to speed.

5G is the designation for the next generation of cell phone service. Also referred to as 5G New Radio (NR), it is a wireless standard being developed by the Third Generation Partnership Project (3GPP) which is an international organization. This standard is expected to be adopted throughout the world initially to enhance, then probably replace the current 4G systems.

The standard is still in the final stages of its development, yet enough is known about the standard that semiconductor and equipment companies can begin designing and making chips and systems, and cellular providers can begin implementing the system and services. The final standard is expected to be ratified sometime in 2020.

What is the purpose of 5G?

This new standard is targeting three major areas of application:

What are some of the specifications and highlights of 5G service?

What are some of the nitty gritty specifications for wireless nerds?

What part of the radio spectrum does 5G use?

5G will use a wide range of spectrum. It will operate in the cellular bands below 6 GHz and in many higher frequency millimeter wave bands above 24 GHz. Spectrum availability varies widely with different countries and within certain areas of the country, and specifically what spectrum is owned by the various cellular operators who serve the local markets. Some of the potential new US assignments are:

The lower cellular bands (600 to 950 MHz, 1.8 to1.9 GHz, and 2.5 GHz) will be “refarmed” to accommodate the wider bandwidth 5G signals. The new mmWave bands will provide the larger bandwidths that can deliver the higher speeds and other capabilities.

The Federal Communications Commission (FCC) that regulates cellular radio is planning on some forthcoming auctions to sell additional mmWave bands to the major cellular operators.

What technologies are being used to produce the performance expected of 5G?

Antenna technology plays a huge role in the new 5G system; MIMO will be a major feature. It uses multiple antennas and transceivers transmitting on the same frequency to minimize bandwidth usage. MIMO makes use of the different wireless paths from transmitter to receiver. This improves the reliability of the transmission, as well as boosts the data rate. All those extra antennas and radios take up much more space and eat more power.

For millimeter wave bands, phased arrays with a matrix of 8x8 or 16x16 antenna elements will be used not only to boost signal power to extend the coverage range, but also implement beamforming and agile beam steering. Such features are not just nice add-ons, but ones essential for 5G operation in the mmWave bands.

One real challenge is the smartphone front-end. This is the subsystem made up of many filters and switches that select the dozens of cellular frequencies. These filters and the related circuits like low noise amplifiers (LNAs) and power amplifiers (PAs) are harder to make for mmWave frequencies.

Semiconductor technologies are also making this possible. New materials like silicon-germanium (SiGe), BiCMOS, gallium arsenide (GaAs), and others are being used to implement especially the new cellular equipment. New faster processors are available to implement the complex digital modems.

What will happen to the current 4G LTE systems?

The 4G systems use a technology known as LTE. It’s amazingly good, and some have argued that we don’t really need an upgrade. However, you know how electronics people are — always inventing something new or trying to improve upon current equipment and services. After all, that is where the new sales and profit come from.

Will 5G really be as good as LTE? We’ll soon see, but don’t write off LTE yet. It will be around for many years to come and is continuing to improve with newer faster LTE Advanced and LTE Advanced Pro versions.

Furthermore, cellular providers are still rolling out new equipment and services like IoT access. What I really wonder is whether a user will be able to tell any difference between an 4G LTE phone and a 5G phone. What if it’s worse or just on par?

It will definitely be larger. It has to contain all the new 5G radio circuits and phased array antennas, as well as the current 4G LTE circuits. 5G will not be available initially to many parts of the country and world, so you need that existing LTE technology.

With all that new circuitry, power consumption will be higher. That translates into shorter battery life. However, the larger size may indicate a larger battery to mitigate that problem.

A 5G smartphone will also be more expensive because of the new parts. Millimeter wave radio ICs and related parts have higher price tags. My bet is that initially 5G phones will cost more than $1,000, up to about $2,000.

What — if any — big changes will be needed in the cell site base stations and coverage network?

All new equipment and antennas will be required. Instead of one big macro base station like those used now to cover a specific area, multiple base stations will be necessary to handle that same area. These so-called small cells are about the size of a loaf of bread and are not unsightly. While a standard macro cell site now covers an area of several square miles, it will take a dozen small cells to cover that same area providing full 5G service.

Why are so many cells required?

It has to do with the frequencies of operation. The basic physics of radio waves say that the higher frequencies will travel a shorter distance for a given transmitter power. Low frequency signals will go much farther. That’s why the lower frequency cellular bands are so coveted and valuable.

Wireless equipment that operates in the UHF and microwave bands have reasonable range. That range will be even shorter as the small cells begin operating in the mmWave bands above 24 GHz. There will also be more indoor cells since mmWave signals don’t penetrate buildings, trees, and other obstacles as well as the lower cellular frequencies (if at all). Beamforming boosts transmitted power to overcome these problems, but even that has its limitations.

How do all those new small cells connect to form the network?

These cells will all have to link with central points that will process and route the calls and connections. That link is called backhaul. Most carriers seem to be using fiber cable where available, but installing new fiber is a costly and time-consuming process.

Backhaul is also implemented with point-to-point microwave or mmWave radios. Even some DSL lines are fast enough and may be cheaper and more available than fiber. The cable TV companies with their hybrid fiber and coax cable system could be used.

Probably not. The latest version of Wi-Fi is 802.11ax or Wi-Fi 6 as it’s called today. It’s super-fast with download speeds up to about 10 Gbps, thanks to OFDM and MIMO like 5G. However, Wi-Fi 6 is a different animal.

The primary use is in LANs for Internet access. Home and office routers will get better with Wi-Fi 6. Yes, 5G will let you access the Internet through the cellular network, but it will most likely be more expensive. 5G phones will probably have a Wi-Fi 6 chip in them to access the Internet as we do now.

What cellular operators will be offering 5G service?

All four of the major service providers will be offering some limited service. These are AT&T, Verizon, T-Mobile, and Sprint. T-Mobile and Sprint are still trying to merge into a single entity but that hasn’t happened yet.

Will 5G really be a factor in the IoT movement?

That remains to be seen. The 5G standard is supposed to accommodate many more users, and most of the cellular carriers would love to offer service to some IoT devices to boot income and profit. AT&T, T-Mobile, and Verizon already provide some IoT services with LTE using the LTE-M and NB-IoT radio modules. That could continue.

A high percentage of IoT applications use only short data packets at very low speeds, so 5G is overkill. Some IoT applications may adopt 5G but with so many other cheaper options, millions won’t.

What new services or applications will 5G permit?

Some say that virtual reality/augmented reality (VR/AR) with their bulky headsets will use 5G. It’s doubtful that 5G will help sell this niche technology. A good possibility is that 5G will be the wireless connectivity of choice for automobiles.

It will first appear in advanced driver assistance systems (ADAS), then in driverless vehicles. The V2V (vehicle-to-vehicle) radios have been proposed and prophesied for years as a way for vehicles to communicate with one another to avoid collisions. Even vehicle-to-infrastructure (V2I) links between cars and roadside units that transmit weather, road conditions, construction, and other information have been proposed.

An older Wi-Fi-like wireless technology called direct short-range communications (DSRC) was originally planned, but the final choice by the National Highway Traffic Safety Administration (NHTSA) is expected to be 5G. No telling when that will happen.

When will 5G service begin?

Most of the service providers say some limited service will be available later in 2019. It takes time to roll out full services, usually years. Remember how long it took 4G LTE? A decade.

What factors are hindering or delaying 5G service?

5G is well on its way. Development and implementation will continue for years, but you will eventually get it. Do we really need it? Probably not, but we are going to get it anyway.

Look at it this way: 5G NR technology will probably make you even more addicted to your smartphone than you are now. That’s a good thing, right?  NV