With that in mind, I came up with the following circuit. 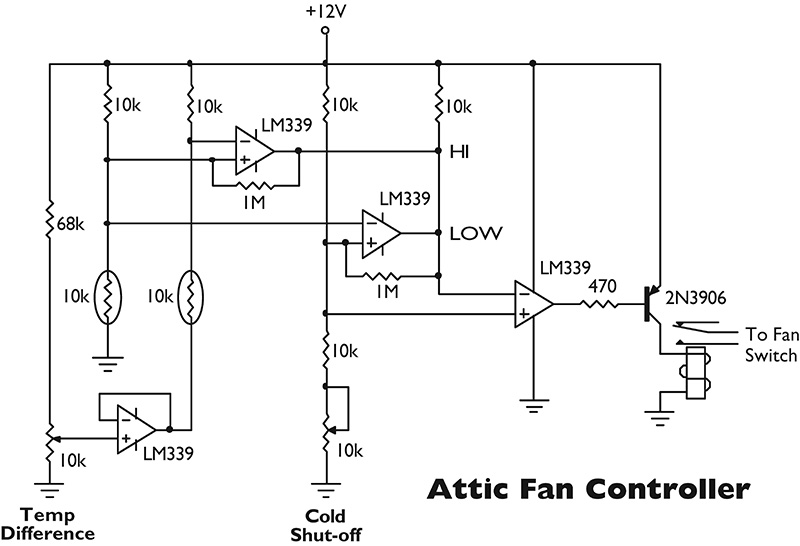 Viewed from afar, you can see that the two comparators are set for different trip points. Nothing is unusual there. What you don’t see is the OR logic formed by the open collector outputs. This creates a window comparator. That is, the window is open for voltages between the HI and LOW set points. Anything outside this range in either direction closes the window. The TEMP DIFFERENCE pot sets the size of the window — the temperature differential.

To prevent the fan from turning on in cold weather, a third comparator is used. This time the COLD SHUT-OFF pot sets a point (voltage), below which the relay won’t engage. A pair of 10K thermistors, of course, are the temperature sensors: one mounted outside and one in the attic. Both should be sheltered from air currents (wind) by placing them in an inverted plastic prescription bottle with small vent holes drilled at the top and the sbottom left open.