Yep — but with some qualification. Like all things electric, every device is made up of resistance, capacitance, and inductance. In a reverse-biased diode, the two dominant elements are leakage resistance and junction capacitance. The leakage resistance effectively acts like a voltage divider — and unless the leakage current of the diodes are exactly matched, there will be more voltage drop across one diode than the other.

When you add in the unequal junction capacitive reactance of the two diodes, the disparity becomes even greater. Unless the diodes are perfectly matched in both respects, I wouldn’t use the stacked diodes beyond about three-fourths of their additive voltages: 600 volts for the 1N4004 pair. A solution to using unmatched diodes to their fullest potential is to place a high-value resistor in parallel with each diode. 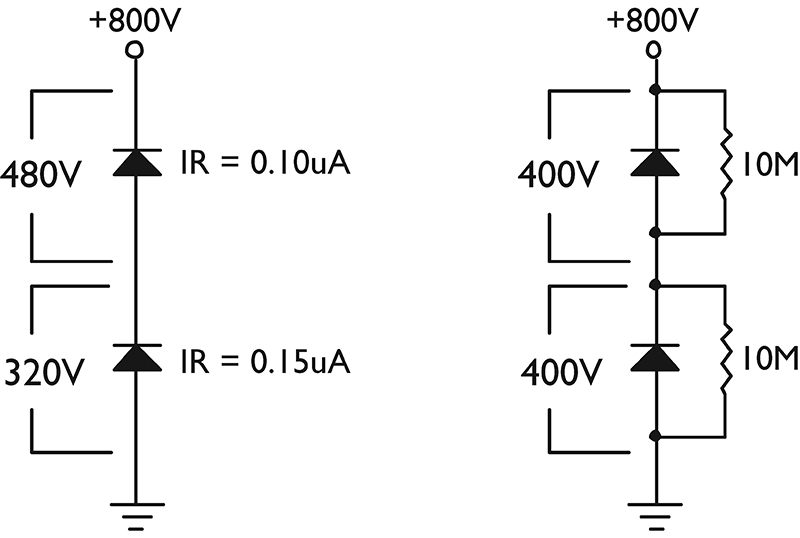 In this situation, a 10-megohm resistor will equalize the voltage across the diodes and give them an equivalent PIV (peak inverse voltage) of 800 volts. Oh, don’t forget that each series diode drops an additional 0.7 volts. Two in series has a forward voltage drop of 1.4 volts, three equals 2.1 volts, etc.