The inductance of an inductor is given by L = µN2A / l 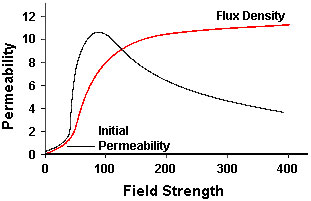 Now that you’re totally confused, let’s assume you’re winding a balun coil. It’s very unlikely that you’re going to come close to saturating the core, so one must assume that the permeability is at its lowest — initial permeability. How much is that? Look to the next question (“Permeability Measured”).